Posted by lurkathomemom of Suburban Misfit Mom on May 26, 2016 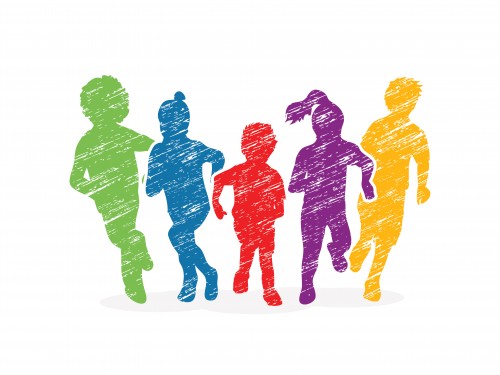 Think you’re getting everything you need out of your playgroup just because you visited 3 museums in the last week? Think again. Make sure you have these 5 different types of moms in your play date rotation.

1. The Energizer Mummy: It’s an all too familiar scene. I’m running out the of house, totally disheveled with one boot zipped and coffee splashing onto my 6 year old’s backpack. Suddenly, I realize the 4 year old still hasn’t eaten breakfast. I dash back inside and grab the closest two items I can find. A piece of garlic bread from last night’s spaghetti dinner and a banana? Sure. Then, just as I’m explaining to my child that no, I’m not going back in to put marshmallow fluff on the garlic bread, that would be gross, and anyways I’m pretty sure Mommy ate all the marshmallow fluff last night because it actually goes surprisingly well with wine, my text message alert goes off. It’s the Energizer Mummy, of course! What could she possibly want? It’s 7:15 AM! Crap! Wait. It’s 7:29! OMG. Anyway, she was just picking her kids up from their 6:30 AM swim lesson when she saw a flyer for TODDLER ZUMBA! Eeeek! How cute would that be?! We should totally do that together! I casually glance in the rearview mirror at my toddler, who is picking her nose and sticking Paw Patrol stickers all over the minivan window. Hmm. Maybe it would be good for her. She could meet other kids…burn off some energy. OK. Maybe I could do that. I text back. When does it start? Sometime in June? Next fall? No. Of course not. It starts TODAY! AT TWO! Can I make it?! It works out perfectly for Energizer Mummy because she’ll have plenty of time to get her 4 year old to his weekly surf lesson after!

I don’t know where she harvests her energy from. I’ve actually considered the theory that she is secretly an identical sextuplet, and they all take turns bringing the kids to various activities while the others nap and get their nails done (seriously, she has time for a manicure, too?!) Maybe she was just born with superhuman mama-stamina, but it takes me 6 pots of coffee and a case of Red Bull just to muster up the energy to look at her Facebook feed.

Why We Love Her: Let’s face it. I was probably going to drop the older kids off at school and then head to Target (again) anyway. I need this mom to drag me out of my comfort zone every once in awhile. And while sometimes her energy can feel SO DRAINING, sometimes it can be…contagious? I leave playdates with the Energizer Mummy with tee ball schedules for three different leagues, local Fourth of July bashes, the next 6 months of statewide carnival dates, and 4 recipes for Star Wars cake pops. And yeah, I still haven’t gotten around to making those cake pops, but my kids are gonna crush it at that Fourth of July 3 legged race this year. All I have to do is remember to put it in my phone calendar. Speaking of which…where is my phone…?

2. Zen Mama: Earlier in the school year, I chaperoned a kindergarten field trip to an apple farm. It was a sweet day that allowed me to meet the kids in my son’s new school along with some other parents. At least that’s how it started. Things were going great right up until the end. You see, the farm had these cute wooden signs with scarecrows painted on them and a hole for your face to peek through. My son, always wanting to take things a step further, thought it would be even more fun to stick his whole head through one of the signs. What started as a cute photo op turned into a scene out of one of my worst nightmares. As soon as I snapped the picture, I saw a look of fear sweep over my 5 year old’s little face. I knew immediately that his head was stuck. I tried to help him get it out, but it wouldn’t budge. His fear quickly turned to terror as he started shrieking “I’LL NEVER GET OUT OF HERE! I’LL HAVE TO LIVE AT THE APPLE PLACE FOREVER!” Just then, like magic, Zen Mama appeared. She must have seen the images of EMT’s arriving with chain saws and tubs of butter dancing above my head. She looked directly into my eyes. “It’s going to be ok. We’ll get him out.” The way she said it was so calm, my heart beat immediately slowed to half of what it was. Upon hearing her reassuring voice, my son calmed down a little, too. It took around 10 minutes to get him out, but it felt like an hour. She steadily moved his head around, trying different angles, while reassuring everyone we’d get him out.

Why We Love Her: I knew then and there, at that apple farm, that I needed to be mom-friends with Zen Mama. Everyone needs a calma momma that will talk them down when the shit hits the bottom of the brand new Spiderman sneakers. Zen Mama is the human version of Xanax. I bring her along to anything that could potentially induce anxiety. Step aside, rickety, too-tall metal playground slide that seems like it would totally attract bees. We’re not afraid of you. Or at least, Zen Mama promised we shouldn’t be. If you don’t bother the bees, they won’t bother you, right? RIGHT, ZEN MAMA?!

3. Llama Mama: This woman lives and breathes Mama Drama. She claims to hate it, yet it follows her. It finds her. Maybe she finds it? Want to do a playdate at the local kiddie gym? Hang on, it’s Thursday, right? Because that means JAMIE is working there, and OMG we CANNOT go if she’s working. Llama Mama HAD IT OUT with her last week because she scolded her kids for walking up a slide! Can you believe it? And before I can say “Well, to be fair, there’s a massive sign that says No Walking Up the Slide,” she’s already moved on to the woman at the PTA meeting who TOTALLY accused KELLY of flirting with her husband!

Why We Love Her: Because, I mean, who doesn’t love a good real life soap opera every now and again? If you want to get the inside scoop on, well, anything, Llama Mama is your gal. So the next time Netflix is being slow, throw your Apple TV against a wall. OK, now pop some popcorn and call Llama Mama for a playdate. She knows why Tracy didn’t show up for the last Cub Scout bake sale, and it’s NOT because she ran out of Press N Seal. 😉

4. The Playmate: No, you pervs, not the kind that poses naked for magazines run by elderly charismatic billionaires. This mom, like, really loves to play. Kids have a spare set of fairy wings and nobody to play Tinkerbell? Well, brew yourself a cup of coffee and grab your phone. The Playmate is here to rescue you from a month of wiping glitter off your cheeks. Why? Because she WANTS to be Tinkerbell. Like, she relishes in pretend play. She’ll be “it” in TV tag, play Donatello in Ninja Turtles, jump through the sprinkler, and organize a neighborhood wide impromptu whiffle ball game.

Why We Love Her: They say having kids keeps you young, but sometimes it just makes me feel tired and old. Sometimes I need someone like The Playmate to remind me that playdates don’t have to be just about the kids. I mean, I already went through a whole childhood. I should be a pro at this! If I’m ever struggling to channel my inner 1989 Super Soaker Cops and Robbers Champion, I’m totally inviting Playmate Mom over. And if I’m really not up for yet another round of Playground Gladiator challenge, I won’t feel guilty grabbing a copy of US Weekly and a lawn chair. Playmate Mom has me covered. And really, why keep her from something she loves?

5. Therapy Mom: Sometimes I call my Mom Friends to get my kids out of the house. Other times, I’m just kind of in need of a personal therapy session. Then there are those days where I sort of need both. Last week, I was feeling totally run down. My 4 year old and his 6 year old brother were at each other’s throats (literally, with plastic swords.) When the toddler wasn’t refusing to nap due to the four vampire daggers chiseling their way through her gums, she was keeping herself busy by destroying books and emptying every drawer, shelf, and cabinet in the house. And to top it all off, my husband and I were working opposite shifts, exhausted, trying to buy a new house, and packing to move. We were snapping at each other constantly and in desperate need of a night out alone. Sure, I could have called my therapist for a quick $200 session where I drone on about my first world problems and leave feeling like an asshole. But, I decided the better option (also the free option) would be to pick up the phone and text Therapy Mom. You know her. She’s the mom who answers the door with that look of pure empathy. She’s the one with the really comfy couches, just begging for me to lay back on, kick up my feet, and delve deep into my inner worn out mom psyche. And those comfy ouches? They’re in a separate room from the playroom. Her house is set up perfectly so that my kids are still visible enough that I can watch them to make sure they’re not dangling from light fixtures, and yet I can still sit and have an adult conversation.

Why We Love Her: Because not all playdates need to be ALL about the kids. Sometimes I need a friend to talk to. Therapy Mom understands that. She’s cool with letting the kids run wild so we can sit and talk about what’s going on with US. Being a parent makes it so we’re always focused on our kids. Sure, playdates always involve adult interaction, but what are we usually talking about? Potty training, school registration, how to hide vegetables in brownies….KID STUFF. Sometimes I wanna talk about GROWN UP stuff. And because, well therapy is expensive. And no matter how much I pay her, my real therapist NEVER greets me at the door with a glass of wine. Seriously, though, what’s up with that, Janet? 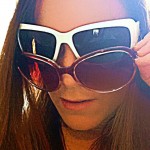