Posted by Wendy S of Suburban Misfit Mom on September 13, 2016 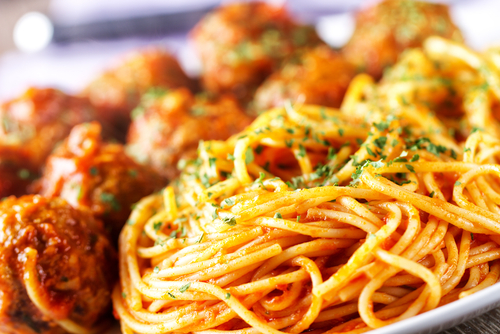 The other day I came home to find a chocolate-scented scratch ‘n sniff sticker on the kitchen wall. Sure, it smelled nice, but… Why? After apprehending the main suspect (my 6-year-old daughter), the interrogation went something like this:

I shouldn’t have been surprised. Kids just seem to like to stick stuff to walls. They’re like sweet little curators of bizarre pop-up art galleries. Sometimes their exhibits are cute, sometimes they’re amusing, but sometimes they’re just, well… gross. (I’m not talking about the stuff they smear on the walls. That’s a whole other post.)

So to prepare any parents who haven’t experienced this yet (or for those who can relate), here’s a list of 5 Things Your Kids Might Stick to Your Walls:

1. Used Band-Aids
Why bother seeking out one of the many trash cans in your home when you can just stick your used bandage to the wall? It’ll serve as a visual reminder of a traumatic event, a badge of adventure that resulted in the dreaded boo-boo, a boo-boo from which you have miraculously recovered. So go ahead. Mount that trophy on the wall, brave little survivor.

2. UNused Band-Aids
Band-Aids are hella fun, yo. I get it. No need to go through all the blubbering and bleeding of an actual injury when you can just unwrap that thing and stick it directly onto the wall. Besides, all the kids’ bandages have fun cartoon characters on them, so sticking Hello Kitty or Buzz Lightyear to the wall practically counts as interior decorating! Maybe put a frame around it to give your gallery a little class.

3. “Artwork”
Both of my kids are budding artists. I’m truly grateful for their passion and I try to encourage their creativity whenever possible, but they crank out artwork like they’re getting paid per unit. And some of the things they deem wall-worthy are questionable at best:
– Two lines and a squiggle. It’s a tad avant garde, don’t you think?
– Do we really need four watercolor lightsaber paintings hanging in the dining room?
– A family portrait drawn on the back of a Target receipt? That’s just… Ok I look skinny in that one. It can stay.

Some of their creations are pretty darn cute, but I’m pretty sure at this point my walls are entirely made up of rainbow paintings, fighter jet illustrations and tape.

4. Tape
Not holding anything. Just tape on the wall. I call it ghost tape. I never know who put it there or why. It’s just there. My kids seem to prefer the double-sided variety, though, which leaves the ghost tape open to collecting and displaying such fun things as cat hair, human hair, lint, dirt, and spiders. Possibly some kind of experiment, possibly a placeholder for future artwork, possibly a minimalist modern art exhibit.

5. UFOs (Unidentified Flicked Objects)
Ok, look. I’m not saying they’re boogers. At least I’m not saying they’re ALL boogers. And I’m certainly not saying if you come to my house you should expect to see boogers on the walls. …But they’re probably boogers and if you come to my house there is a teeny-tiny-very-slight possibility there are at that time or will have at some point been boogers on the wall. Why? Because why not, that’s why. Also because there are only so many times in one day that I can say “Your shirt is not a Kleenex!” before they start exploring other options. Not actual Kleenexes, of course. That would just be insane.

So whether your home galleries are made up of paper and tape or boogers and Band-Aids, your little ones are probably hard at work planning their next exhibition. You can only hope they’re temporary exhibits, and that those cute little curators don’t make you pay a cover charge.