Posted by marisa of Suburban Misfit Mom on January 6, 2017 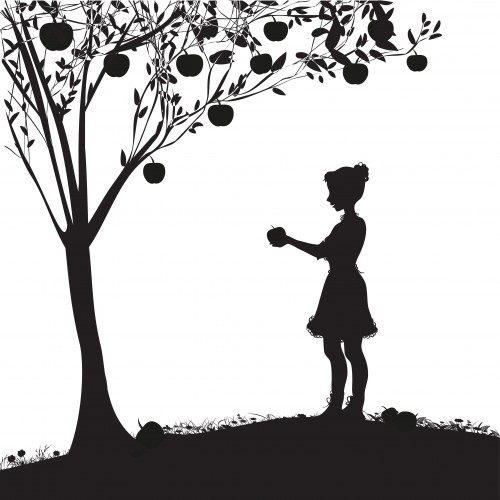 As my daughter has grown I’ve come to realize the unique details of her personality. It’s easy to see a child as an extension of one’s self, but the fact is they are their own person. There are days when she is completely outgoing, dancing in the middle of department stores and shouting, “HI!” to random strangers passing her by. Then there are other moments, moments I’ve worried, like when she gives people what I like to call “the Ukrainian death stare.” The happy, giggling child I know so well becomes stone-faced, stoic in nature. There may be someone with a huge smile telling her she’s pretty, and she will simply stand there with suspicious zombie eyes. My worry has been that people will view her as unfriendly and un-socialized; however, I’ve come to realize that a child’s unique personality is what makes them truly special, and that the strength of my daughter’s personality is something I wouldn’t dare attempt to change.

Of course I’ve worried. I want my daughter to be happy, fearless, and to show people the bright spirit she truly is. Over the past couple of years I’ve come to realize two things: that my daughter, despite her age thinks deeply about most situations, and also, many times her blank stare is a sign that she is truly content in her surroundings. People would not know this upon meeting her, but I know my child well, and I’ve accepted the fact that this is simply her personality. She has a serious nature about her that took me a while to understand. She studies things before she deals with them. Some kids jump into the Easter bunny’s arms, while others run screaming and crying; my child walks toward him with slow determination, and typically stares silently as she lets herself take everything in. My mother considers this to be a wonderful trait based on her dealings with my overly outgoing personality, which always made her fear I’d take off with any stranger thinking everyone was a friend.

I’ve stopped worrying about how my daughter comes across toward people because I know that she is friendly, and I know that despite the zombie death stare she isn’t unhappy or afraid. I understand my daughter, and when I see another mother looking questioning at me I just laugh and tell her, “She’s just evaluating the situation. It’s what she does.” It’s what she does everywhere. Even when she is entering a situation she is truly excited over.

For three days she waited with happy expectation of visiting Santa Claus. Every day I reminded her that we were a day closer to meeting him, and she’d beam that sugary smile my way while reciting what she was going to tell him she wanted for Christmas. When we arrived at Santa’s Headquarters I could tell how excited she was. Eagerly she waited for her turn to approach, her little cheeks puffing out from all the smiling. I watched as she gingerly walked over to him and let him pick her up. When he placed her on his lap for the photo she gave a bright smile before her face dropped into the look for someone in a trance. The photographer and I jumped, clapped, and even tried tickling her, but she sat in her daze, unsmiling.

The photographer said, “A lot of kids are afraid of Santa,” to which I replied, “Oh she isn’t scared. She’s in a complete state of bliss.” The photographer laughed and continued to try and capture at least one photo of my daughter looking as thrilled as I knew she felt inside. Eventually giving up, the young lady at the camera gave up and went to print out what she thought was the best photo. My daughter stayed on Santa’s lap, like a statue. I walked over to speak with them, eventually convincing my daughter to tell Santa one thing she wanted for Christmas, and making a joke about her being star struck. He was so kind, and continued speaking to her for a good ten minutes before it was time to collect our photos and leave.

I looked at the photos, noting how not excited my child looked sitting with Santa and crossing my fingers there was at least one photo in the download file that would reveal a happier image. After settling her in the stroller I turned to see Santa walking toward us. He handed my daughter a coloring book before telling me, “She’s beautiful. She’s going to grow up to be a really strong woman.” I couldn’t help but think in the brief time he’d spent with her he really understood her; then he added, “I suspect her mommy is a pretty strong woman too.” With surprise I looked at him and said, “Mommy tries,” thinking about all the moments I’ve considered myself weak and inadequate as a parent. He didn’t know me at all, but still, I was touched he thought to give me such encouragement.

I thanked him again as we left. I am doing my best to raise a strong woman, trying to build upon what’s obviously already in her nature. I used to think it would be easier if she was more carefree and gregarious, but I embrace the strong force that is my daughter. I hope he is right. How could he not be? He is, after all, Santa Claus; he knows everything.