A Tale of Needle Phobia and Epi-Pens

Posted by Doctor Audrey of Suburban Misfit Mom on December 18, 2015 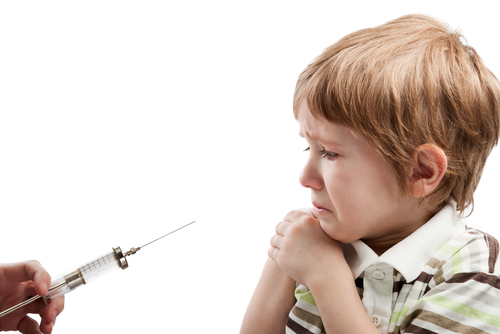 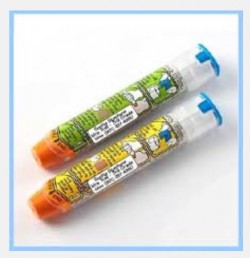 I looked at my iPhone – 7:33AM – only 11 hours and 27 minutes left of my ER shift. I thought about the day ahead for my husband and kids – a hockey tournament, a holiday party, running around the backyard with the dogs.

All of a sudden, EMS brings in a 5 year old boy who is allergic to peanuts and accidentally ate a nut candy bar. He is frightened and is having trouble breathing. Mom runs in next to him frantically, and I ask her whether he has an epi-pen. She looks at me like I have three heads. “Of course, we have an epi-pen! He’s severely allergic to peanuts!” I then asked if she used it.  “No.  The shot from the epi-pen could hurt him. It could give him a heart attack.”

At this point, I was about to have a heart attack. We ended up giving her son 2 shots of epinephrine, multiple breathing treatments, Benadryl and steroids – basically the kitchen sink for severe allergic reactions. In the end, he did OK. He was admitted to the pediatric intensive care unit and went home a few days later.

I’m writing this post because I know that as a mom the last thing you want to do is hurt your kids – you don’t want to give them shots or do anything that would cause pain. (That’s why you take them to the pediatrician!)  First of all, know that you are not alone. A recent study in the journal “Allergy” revealed that 56% of parents are afraid of using epi-pen injectors mostly of fear of hurting their child.

But you should also know that epi-pens are the first line in treatment of an allergic reaction – not Benadryl.

Also administering an epi-pen will not give your child a heart attack.

It might hurt a little, but not breathing because your airway closed shut is far worse.

It’s far better to err on the side of caution. If you’re not sure if your child is having a serious allergic reaction…Just use it. 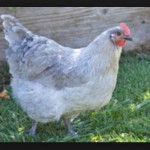