After a Full Day of Botox, Et Tu Brutus?

Posted by Nathalie Laitmon of Suburban Misfit Mom on April 11, 2015 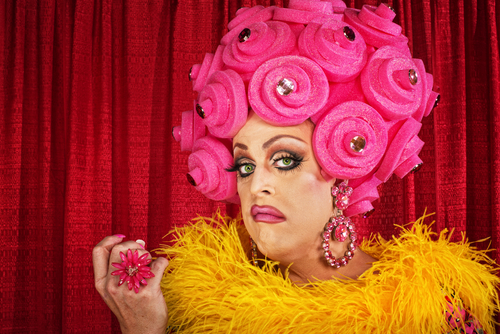 With the Ides of March fast approaching, I am reminded of a little known story that resonated with me the first time I heard it in fifth grade about Julius Caeser, a Roman leader betrayed and murdered by his own men in the Senate. How can a child explain why one story resonates with them over all others? But The Ides of March, along with Clara Barton and Helen Keller and Anne Frank struck my heart. These stories held my intrigue for years until I could apply their lessons to something that had really happened to me. As I grew older, I began understanding how the themes and patterns of the stories that had so spoken so sharply to me were set in motion in my own life long before I was aware of them.

The Ides of March resonates a pattern I have forever noticed of inviting backstabbing Bitches into my life. This has something to do with my boundaries, which are a working mystery to me. This is also the top reason why I should have never decided to do my first round of Botox with a new friend, but I finally met someone in my town whose sense of humor I loved, whose values I could relate to, and who pursued my friendship by leaving me gifts, buying me books, feeding me treats, and courting me with coffee and an occasional American Spirit. After years of waving hello at the library, we were finally coming together. Let’s call my new friend Brutus. She was honest and supportive as we examined my deeply furrowed brow, and she was capable of striking that delicate balance between concerned and optimistic. Together we drove to her cosmetic surgeon’s and had the best self-care funtastic day I’ve had in all my years. Brutus even held my hand during the needle pricks and made me ice packs for the drive home. I dubbed her my Cosmetic Doula. And then, something changed. I am not sure what, but I’ve stopped trying to find out.

Though I’m not always reliable, I’m never jealous and always loyal. I’m the friend that tells you in detail what makes you stand out in this world. I go for breadth, not depth. As I tell my husband, I’m a mermaid, not an astronaut. I’m a Grazer, not a thoroughbred. So when a friend or a group of friends betrays me, the karmic wheels are set in motion. Julius Caeser had a feeling he was being plotted against. He was only surprised to find that Brutus, who’d he considered to be a dull and brash oaf of sorts, to be the head strategist behind his murder. It was Caeser’s best friend that plunged a knife into his side. After Caeser fell, so did the entire empire. But until that moment of recognition between the two supposed Besties, Caeser had considered Brutus his most trusted friend. Perhaps Brutus had even suggested a little Restalyne here and there, which Caeser took to mean much, much more than a cosmetic roll in the hay…Something deeper and more meaningful and everlasting.