Posted by Nathalie Laitmon of Suburban Misfit Mom on May 20, 2016 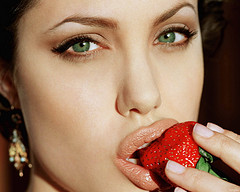 When I heard Angelina Jolie say she might consider political office, I thought: “Nice demure move, you sexy thing.”  But as I chewed on this, it began to make perfect sense.  With as little political knowledge as I have, it appears much of the country lags behind me, so I’m about to throw down some broad observations I’ve been mulling over to convince you that you would absolutely vote for Angelina Jolie as President in 2016.  Here’s why…

Which brings me back to: Angelina for President in 2016!  I’m just saying…