Posted by Ailish Delaney of Suburban Misfit Mom on January 19, 2017 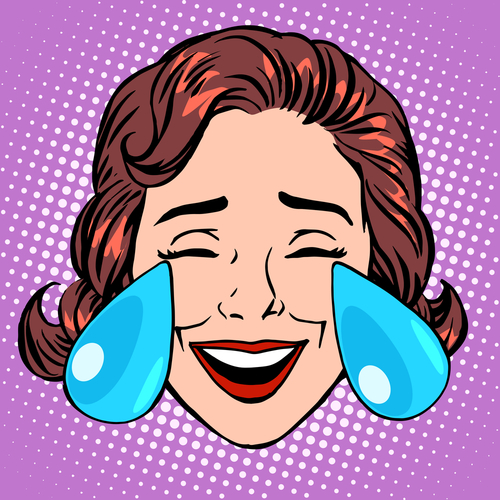 I laugh at the most inappropriate moments, and I have a strange knack for getting myself into awkward situations. It’s a recipe for disaster.

A friend of mine’s Mum had been ill for some time – she had cancer and had fought it stoically and with humour. I used to see her sometimes on the school run with her daughter, Ruth, and grandsons who were friends with my youngest daughter. We would stand and talk, and despite her being so sick she always had a twinkle in her eye, which is how I know she would have enjoyed my faux pas.

Sadly, she passed away, and Ruth asked me to go to the cremation. I had only been to one funeral before, which was my Dad’s, and I wasn’t looking forward to it (obviously) but Ruth had asked me, so of course I said I would go.

On the morning of the cremation, my then boyfriend, Tim, and I set off for the crematorium. I had been raised a Catholic, and cremations were frowned upon (I am now a ‘retired’ Catholic – is that still the rule?) so I really had no idea what to expect. We parked the car and made our way over to the gathered mourners. Tim, my boyfriend, saw some people he knew and we exchanged pleasantries until they all started filtering inside. I looked around for Ruth but couldn’t see her, and I assumed she would be arriving in the funeral procession.

As we were closest to the building, we went in first, and it was heart-warming to see so many people turning out to say goodbye. As they all streamed in, I have to admit I felt a bit claustrophobic – I’m a jeans and t-shirt kind of girl and my suit started to feel uncomfortably restricting. As more and more people came in, we were pushed further and further to the front – I felt like a sardine in a tin, and I don’t do well in crowds.

The music started, and in came the coffin. I wanted to catch Ruth’s eye and let her know I was there – moral support at a time when she needed me. I still couldn’t see her, and as the coffin was carried closer it struck me that something was not quite right. It was draped in the Union flag and had a cap on top.

“I didn’t know she was in the forces” I whispered to Tim.

The pall bearers were all old soldiers, with medals pinned to their chests. It was quite a spectacle.

The coffin was placed gently down, and the old soldiers took themselves off to their seats as I admired the floral tributes surrounding the coffin.

Tim and I looked at each other and mouthed the name. I’m pretty sure the entire congregation heard the penny dropping as I realised we were at the wrong cremation!

“Oh. Holy. Shit.” Even with me wearing heels, Tim was a fair bit taller than me, so I was able to muffle my voice into the back of his shoulder as I slid behind him where I couldn’t be seen. And then the tears came. Not tears of sadness, but great big tears of laughter. I couldn’t help it. We were as far from the door as it was possible to be with no means of escape. We had no choice but to stay for the entire service.

A few people looked at me in sympathy, wondering who the woman was who so obviously missed dear old Albert, as the tears continued to stream down my face, mascara and all. Tim was better at holding it together than me, but I could still feel the laughter through his jacket, as he reached behind himself to slap my leg and get me to stop.

I have to point out here that I am not disrespectful. At all. But the ridiculousness of the situation, coupled with my slight claustrophobia, nervousness at being at my first cremation, and being locked in a room I couldn’t escape from, just struck a farcical chord in me.

To make matters worse, the celebrant who was conducting the service sounded like Mickey Mouse with an English accent, high-pitched and helium-like. That was the last straw for me, as I buried my face in a ball of tissue I had luckily stuck in my bag.

It was the most surreal situation I have ever been in.

It took me weeks to ‘fess up to Ruth what had happened. She laughed almost as hard as I had, and said her Mum would have been having a field day looking down on us.

One of the congregation spoke about Albert and said he was known for being a prankster. I hope somehow, somewhere, he was laughing at his finale.

As I said…awkward situations + me = Disaster. Every damn time.