Are Atheists Just Allergic to Labels?

Posted by Julie Lachtay of Suburban Misfit Mom on August 31, 2016 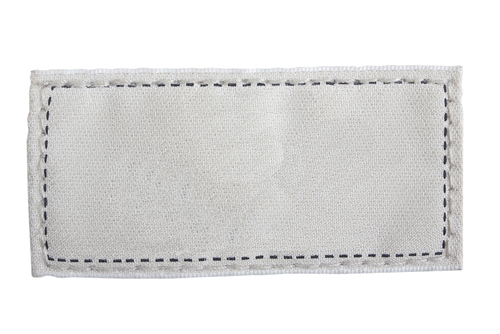 Did that get your attention? Why? How do you define your religious beliefs, or lack of? I was raised Atheist and have never had an issue with that. It’s not unusual here in the UK.  I recently discovered this is highly frowned upon in the US. I was reading a book which talked about how difficult it was to be an Atheist in America.

That nobody would ever vote for anyone who claimed not to believe in God. Really? I mean…REALLY? In a country where millions are seriously considering choosing a man fueled by greed, racism and bigotry to run the place, not believing in God is the deal breaker?

For those of you who are shocked by my lack of faith. Why? What are you afraid of? What do you think ‘Atheist’ means? It’s not the same as ‘Satanist’. Because I choose not to believe some kind of magic being lives in the clouds and created us all, this does not mean I choose to live my life without values or morals.  I would argue religious people have it easy. You mess up, do something terrible, you can pray, carry out whichever ritual is relevant and hey presto! All is forgiven, let’s move on.

If I mess up, I have to live with it. The only person who can forgive me is me. And I’m a (reformed) hardass.

Now, at this point you’re probably thinking I’ve got distracted and forgotten what this piece is titled. Well. You’re not entirely wrong. At the beginning of this year I decided to change my life. It wasn’t working. I was no longer depressed or struggling with anxiety which was amazing. But that was it. My life was…well beige. I had no ambition. No goals, no plans for the future. I had a job I LOVED but that was it. I went to work; I came home (alone). I watched movies or read books (alone). I had no social life, my phone didn’t ring.

I live in one of the greatest, most exciting cities in the world and I was spending 90% of my time at home alone doing nothing. WTF? I’d had enough.

I discovered a workbook that helped you make plans and changes. I joined a Facebook group of amazing, inspiring women and my life started to change. It wasn’t slowly. It was rapidly becoming pretty damn amazing.

FINALLY!!! I got it. I knew how the world worked. I realized why it had been called ‘The Secret’.

I keep meeting amazing women from every kind of background, culture, race and faith. I had some conversations that set off sparks in my mind. A ‘WHAT IF?’ moment, many of them.

I was speaking to a very old friend of mine. I have known her all her life (Yes, Darling girl. I’m talking about you again). We have been through so many different things in our lives. We have always remained close. When she was in darkness and pain, I never doubted the light would come back into her heart. It did.  When I was depressed, suicidal, homeless, her support never faltered. She found her faith and now identifies as Orthodox Jew. Hmm. Very religious Orthodox Jew and Atheist.

How does that affect our friendship you may ask?  Well this is the thing; this was the big WHAT IF that got me thinking. It doesn’t. At all. We are as close, as supportive and as loving of each other as always. WHY? Because essentially we have the same values and the same morals.

What if we just don’t like being labelled? What if it’s just the rules we (Atheists) object to? For the record, I have always respected people’s religions, whichever one they aligned with. As a non- believer, it seems to be if you take away all the names, the rules and the labels, aren’t all religions at their core just a set of moral guidelines to live by?

I was raised to treat everyone with the respect I wished to be treated with. I was taught everyone laughs, cries, loves and hurts. Isn’t that it? Be Kind. Chose Love. Don’t Judge. Don’t Lie. Don’t hurt anyone. Are there any religions that object to the values I was taught?

If we all just chose to live by the values set down and spent less time arguing over what ‘he’ (she?) is called, where they came from, what colour skin they had, what struggles they had to overcome, wouldn’t the world just be a simpler, more loving, peaceful place?

I mentioned I live by the Law of Attraction now. I absolutely believe in this. I can’t see ‘it’. I chose to believe and put my faith in this and my life has got immeasurably better. I have recently had Theta Healing (and having been told I’m a natural Healer, I am planning on training to become one myself). I spend time with women of all different religions, I spend time with healers.  I wrote this knowing I do not consider myself an Atheist any longer! Does this mean I have ‘found God’? No.

What I have found is Love. That I chose not to fear religion. I accept and embrace the power of faith-whatever it may be- to change and enrich lives.

So. Once again I would ask the Atheists amongst us. What IS it about religion that freaks you out and turns you away?  Consider what values and morals you live by. If you chose a name for that, would you just be creating a new religion? Is it religion that separates us or the Labels we attach to it?