Are We There Yet?

Posted by Tiffany Layne of Suburban Misfit Mom on January 26, 2017 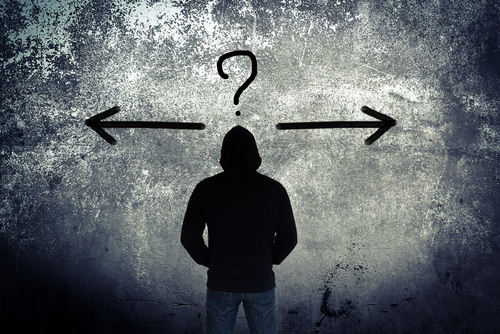 Parenting is challenging no matter what. If your kid is a genius who never wet the bed and never snuck out the window, parenting is a challenge because you probably are clueless when he struggles to solve a math problem that has him perplexed and you really don’t have a clue how the stuff he’s building in his room works, you just nod and say “that’s amazing!” If your kid makes all C’s and steals beer from the neighbors garage fridge, parenting is a challenge because you know he could do better and you don’t know how to inspire him to apply himself and frankly you have no idea why he’d drink cheap beer like that. Surely you raised a kid with better taste than Natural Lite. The point is, no matter where our sons and daughters fall on the spectrum, raising our adorable little babies into functioning human beings is one of the hardest undertakings we sign ourselves up for.

When they come into this world, it’s all pink and blue cuddly blankets and 75 pictures a day of sleeping smiles. I think the euphoria of those moments is what propels us through adolescence, puberty, and the dreaded teenage years. Sometimes parenting is a lot like a road trip. You know the destination is going to be amazing, but you’re stuck on a gravel road full of pot holes in the dead heat of summer while the AC isn’t blowing hard enough and the gas station isn’t close enough and every one is the back seat is screaming, “how much longer?” and, “are we there yet?” and all you wanna do is shout, “Calgon, TAKE ME AWAY!”

If you can’t relate to that, then you’re either still in the pink and blue fuzzy blanket cuddling years, or your children aren’t real people. My children, while precious, wonderful and amazing, have made me wish I had a dead bolt on the bathroom door and a sound-proof wall to help me hide out in there more efficiently.

My biggest struggle the past few years has been reassuring my husband that we are definitely on the right track. Our children all have some forms of ADD, ADHD, OCD and ODD and occasionally that creates obstacles in maintaining an orderly home and when things get all mixed up and chaotic, he becomes the kid in the backseat screaming, “are we there yet?”

Often my husband looks at our life and says “we’ve been working on this for 7 years, why isn’t it better”? And for a long while I was kind of angry at his logic, until I remembered the early years of our marriage. I can remember that he had a few trust issues of his own because he had been married once before, and I did that same measure of time in my head. I would say “you were married to her for 2 years and I’ve been here for 3” and then it was 5, and 10, and 15 and so on… but the truth is that you can’t undo hurt by outliving it.

Our four youngest children have another set of initials to add to their list: RAD. It is pretty rare among children as a whole, but most commonly seen among adopted, abused or neglected children. Reactive Attachment Disorder is believed to affect a child’s brain development in ways that are still not fully understood. As mothers (and fathers), when we bond with our babies, we know we are creating joy and happiness in those fuzzy snugly moments, but we are also programming little brains to be trusting, and loving, and this programming creates children who are capable of honesty and compliance.

Underdeveloped attachments or abuse and neglect in that early stage can permanently damage the growth of the brain and it can create children who crave negative attention, who are controlling, manipulative, and dishonest. They might lie, steal, and undermine authority, but they don’t mean to. They push people as hard as they can in an effort to find the breaking point. They believe people will leave them, and so they try to find out what they have to do to make it happen. It can be a tiresome world to live in – constantly reassuring a child that nothing they do will make you unlove them…

But everyday, I see little moments of glory happening all around me. I see the bonds of siblings that defy classic Reactive Attachment Disorder and I know this is a deep pain that will someday be healed. One of the toughest parts of it has been Mr. Stinky. He’s 10 years old and has spent much of his life refusing to bathe. The therapist advised me to wait it out patiently – not to ignore it, but to just be matter-of-fact about it. We weren’t sure if he was being a normal 10 year old, “I hate baths” kind of kid or if he was using a repugnant smell as a way to keep people away from him – both were viable possibilities, but for the past year I have tried to stay calm while telling him, “you really stink, you need a shower”.  Sometimes he’s taken my advice and other times, well, he’s put a great deal of effort into faking it.

This kid has gone into the bathroom, taken off his clothes, turned on the shower, splashed a bit of water on his hair, and come out 10 minutes later declaring cleanliness while mud streaks were clearly visible down the side of his face. I’ve done my best to praise him every time he’s truly clean and wearing clean clothes but I wasn’t sure we were getting through. I could see my husband’s extreme dissatisfaction recently when we went to watch our Blondie play at the Christmas Stroll and our son was donned in stained apparel, but I just kept calm and stuck to the plan.

High fives for clean shirts! Pointed reminders when he was stinking up the entire car….

This week he made a New Year’s resolution to take a shower EVERY morning!! We’re on day 3!!!

Are we there yet??

Nope, but we just passed a refueling station, and I’m ready to tackle the next challenge…