Posted by Nathalie Laitmon of Suburban Misfit Mom on September 26, 2016 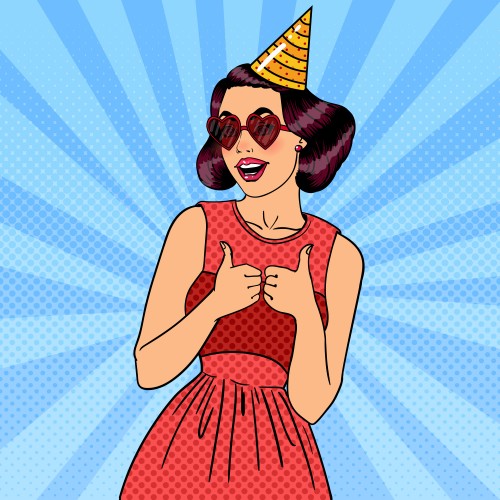 If you think back through your childhood memories, epic birthday parties are gonna be in there somewhere.  I personally can remember celebrating with pizza, hamburgers Chuck E. Cheese and Ronald McDonald on more than one occasion. It was the eighties and McDonalds and Chuck E Cheese were the premiere birthday party hot spots.  The food was fast and hot and served on paper plates.  The drinks had red food dye in them or shit tons of sugar and probably caffeine.  The decor was generic and marginal and maybe…MAYBE your parents sprung for a few balloons to tie up in the party room.  You probably played a few basic games…like pin the nose on Ronald or Simon says with Chuck E. Cheese himself.  That was basically it.  The establishment fed the kids, presents were opened and the kids ran around all hopped up on sugar for a good few hours while the parents stood around and chatted in a totally different room.

The age of sleepovers dawned on us next and tweens and teens around the globe stayed awake in their parents’ basements until well after 4 am.  They listened to boom boxes, ate pizza and cheese puffs, drank shit tons of pop and called the opposite sex on land lines.  Maybe if you were a complete rebel badass you snuck out of your mom and dad’s alarm free home in the dark of night and ran around the neighborhood for absolutely no good reason whatsoever.  That was about as wild as it got back in the day.  There was no Internet, no cell phones, no snap chat, none of that stuff that makes my own heart race at warp speed being the mother to four daughters.

Still climbing the bell curve here college rolls around and birthdays are celebrated for weeks at a time my college roommates and I made a National holiday out of them.  You went all out, you partied, you got completely and totally annihilated, drop dead puking drunk and then woke up the next day to play beer pong and tailgate.  You were a bonified drunken super human celebrating you fanny off.

This is really the pinnacle of the birthday bell curve.  Birthdays climax in college when you can dress like a total hooker, get tanked on shots, slip along the bar floor and call it dancing and not die the next day.  You didn’t know that this was the end of the good times.  You had no clue that after your twenties the curve would take the plunge into the crap-tastic birthday abyss.

Yet is does.  Thirty hits and you don’t want to squeeze into too tight clothes, go to the bar and wake up so hungover that you are eagerly welcoming death.  You want to put your sweat pants on, drink a half bottle of wine on the couch and watch Sex in the City.  (Sidenote: You are still going to be hungover as f**k from that half bottle- because you are old now- but Go Shorty…It’s Ya’ Birthday.)  Your friends will probably drag you out regardless of your morose, moody self-pitying state and you will most likely have a reasonably good time.  You WILL regret it tomorrow though…and perhaps even the next day.

Then the kids roll in…You spend birthdays with your husband working late, driving the kids to three different activities in a day, doing fourth grade homework (badly might I add,) and going to bed with your six year old at eight pm.  That bell curve is really plunging now.

As if this isn’t bad enough now you are the gatekeeper to all birthday glory.  It is up to YOU MOM to throw your children the most magical and epic birthday party in the free world.  Good luck mom, no pressure.  Enter Pinterest.  I was pretty pumped when my oldest turned five and I got sucked into the world of Pinterest.  I spent months pinning activities, decor and snacks, then another few months assembling the pins.  It was a damn glorious party.  Problem was I couldn’t go back.

Now I had to up the ante each year for every single daughter I have…and I have quite a few.  The planning took months.  I stressed, I made lists, I have glue gun scars and still have occasional nightmares of tulle.  I couldn’t go back though…could I?  Would they know?  Would my children grow up and lay on their therapists’ couch pinpointing the birthday that mom stopped trying and threw some balloons up, pinned a tail on a donkey and bought a sheet cake?  Dear God in Heaven I wasn’t taking that chance.

My daughter turned eight last year.  I had just thrown a first birthday party for the twins where I spent over one hundred dollars in Tulle and Ribbon, a Pirate/Fairy party for my then five year old with flowers to rival that of the Royal Gardens, and now it was the big girl’s turn.  She wanted a garden tea party…because my dumb ass had suggested it after seeing it on Pinterest.  I made centerpieces; I rented tables, and chairs and linens…LINENS!  LIKE A WEDDING!  I had a chandelier for the tent… I had gone right over the crafty edge of sanity.  This was gonna be one hell of a tea party.

Then the night before my girlfriend and I tied one on….like drank all day and all night.  I woke up with a wicked hangover and a few hours to pull my shit together.

For the most part the party went great and the kids had a blast…except I was a foggy mess and forgot to make tea…or juice…or any beverage that did not come out of the sink.

In truth I did.  I still throw the birthday parties, but I limit my Pintristing and I cut myself a break.  I can no longer keep up with the party standards that I myself had created.  It was time to just buy the sheet cake and let the children eat pizza.  Pin that tail on a donkey, no organized games here.  Now that I have found my birthday party comfort zone- somewhere in between epic-expensive-event and I’ll-remember-the-party-next-year maybe the curve will take a turn for the better.

As they say, when you hit rock bottom, there is no where else to go but up.