Brighten Your Day With These Carpool Karaoke Videos!

Posted by Becky Fuller of Suburban Misfit Mom on June 8, 2016 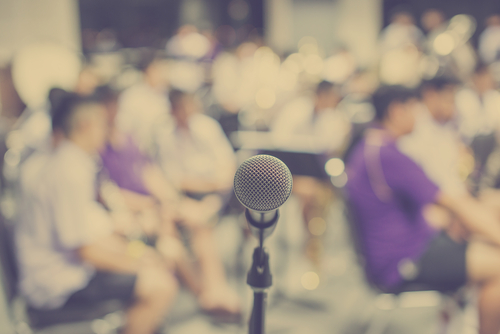 I’ve had the worst day already, and it’s not even noon. In short, other people’s ineptitude has totally ruined a whole multitude of things for me, leaving me with a mess of problems to resolve, and a stress headache to boot. How do I handle this? What wisdom can I offer? I hear you cry.

Run and hide, dear readers, run and hide. I know I’ll have to face these problems eventually but for now, I don’t want to, so I won’t. You know what I have been doing instead? Watching Carpool Karaoke on YouTube.

Being a Brit, James Corden is a bit of a treasure to me, and I am thrilled to see his brilliance being recognized stateside. The Carpool segments of The Late Late Show are easily the best bit and there have been many monumental occasions where big name stars have helped Mr. Corden get to work by using the Carpool lanes. However, I feel the most recent Carpool Karaoke has topped the lot. Read on for my list of top Carpool stars!

Sia: I can’t say I was a huge fan before, although I like her music well enough, but Sia really endeared herself to me. She wasn’t afraid to poke fun at herself and was totally up for everything.

Gwen Stefani with George Clooney and Julia Roberts: The title alone should tell you this is brilliance. George looks a little lost, but it’s clear he is enjoying himself tremendously.

Jennnifer Lopez: I’ve always thought JLo could be good fun, and this confirms it for me. The utter horror on her face when Corden texts Leonardo DiCaprio from her phone is priceless. Oh, and girl can sing.

Chris Martin: He’s from Coldplay and was married to Gwyneth Paltrow. People assume he’s a bit of a posh boy, and he is, but he’s also good fun, and this Carpool Karaoke is great. Oh, and Martin’s Mick Jagger impression is the best.

Elton John: Another celeb that people think is a bit of an ass, Elton showcases his brilliant sense of humor here and wow, I love every single second of this.

Stevie Wonder: This one is hilarious from the moment Stevie gets in the car (and you’ll soon realize why). This was the first Carpool Karaoke that I watched, which then set me off watching all the others, and it still remains one of my favorites.

Adele: Another national treasure for us Brits, Adele is her usual hilarious self as Corden drives her around London. She doesn’t pull any punches, sings beautifully and chugs tea like the champion she is.

If, like me, you’re addicted to all things Hamilton, you’ll know who Lin Manuel-Miranda is. If not, shame on you. As writer and star of Hamilton, the musical that’s smashed Broadway, he has taken the whole world by storm. Hamilton is the most Tony nominated show ever, so it’s only fitting that he helps this year’s host, James Corden, get around the city. He has assistance too, and the whole car turns into the best Broadway cast ever, belting out a frankly incredible version of “One Day more” from Les Mis. For all you Broadway babies out there, enjoy!