Posted by Amber Pittman of Suburban Misfit Mom on December 31, 2015 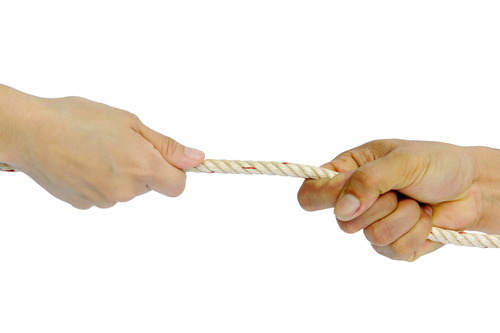 Yep, you read that headline right, and I didn’t stutter. In the past few months there have been two kids in my general neck of the woods who have killed themselves because of bullying. I know people who homeschooled their kids because they were made fun of at school. My 7-year-old son has heard about bullying at school already, and been told what to do if he feels someone is being mean to him. While I am not a fan of bullying, I can’t help but wonder if our knee-jerk reaction to coddle our kids at the mere mention of someone calling them a name isn’t hurting more than helping.

Kids today are much more brazen in their assholery than they were a few years ago, and punishments for wrong-doings are oftentimes next to nil at home. We are all raising children who not only know they are precious to us, but assume that because their parents adore them, everyone else should too. If they get in trouble at school Mom and Dad will call the local news station and raise a stink. If they are offended by something, there will be a petition on Facebook to sign to make that bad thing go away. We’re raising children that watch their parents get their way by being offended and it’s making them soft.

I am not that old. I remember middle school when my “friends” made fun of me by calling me horse teeth. I remember high school when my boyfriend told everyone that he broke up with me because I was a virgin and wouldn’t have sex with him. And then I told everyone I didn’t want to have sex with him because he had a baby penis. I made girls I called friends cry by making fun of their clothes, people made me cry by making fun of my curly hair. It was just part of high school, part of growing up. I have been called fat, stupid, ugly, a whore, a tease, a bitch – and any number of other things – and I have never wanted to kill myself. But my mother never stood up for me when this happened either. She never called the school complaining when people said something mean to me; she never said that I had studied for a test so I should get a good grade even if I didn’t actually know the material and earn the grade. We fended for ourselves and did just fine in a very un-PC world.

So how did this happen? Why are our children so upset over people being a little mean to them that they think the only option is to off themselves? And when did someone voicing an opinion different from yours start to be bullying? How did we survive the same things our children are going though, but not turn out to be so weak that the thought of living in this world was a burden? Maybe it’s because we coddle where our parents taught us how to deal with the shitty situations that everyone will face at some time in their life.

Even the most popular people in high school got fucked with in some way. We just didn’t have social media. But we had three-way calling, which was worse because of the sneak attack system us girls were so prone to using. I got busted making fun of my friends on many a three-way call, yet no one suspended me or called Channel 2 or grounded me. We just worked it out amongst ourselves or we didn’t. We fixed our friendships or we ended them. Parents didn’t get involved. In fact, the idea of our parents being that in our lives was terrifying in its very lameness.

In the days of helicopter parents and politically correct everything we are, instead of helping our children, killing them.

What will our kids do when they get into college and realize their professor gives zero fucks that they had a bad night because they ran out of Adderall and couldn’t finish their paper? What about when they get a job someone where and realize that their boss doesn’t care that their parents always thought they were extra special rays of sunshine, and expects them to actually work? These weak children will become weak adults – if they make it that far in life.

I wouldn’t call myself a bully, but of course I made fun of people growing up. And they made fun of me. If they annoyed me I told them to fuck off and walked away. I might have cried at home but those assholes never knew it. I broke up with boyfriends and was broken up with. My clothes were mocked – sometimes by my own mom, my hair was picked on, people commented on my body (both positively and negatively), I was told I was too smart for my own good, and that I wasn’t smart enough. I failed tests, I got busted doing shit things, I got grounded. In short, I lived the life of a normal kid. Surprisingly enough I’m still standing and – although I didn’t think it possible – am even more awesome now than I was then.

I don’t know if teenagers can be fixed at this point. They either have the ability to soldier on or they don’t. For those of us with younger kids we might have a chance, but only if we stop being assholes and start letting our kids be kids. Let them skin their knees and be offended and have their feelings crushed. Listen to their problems, but don’t blame everything on someone else. Explain that there are winners and losers and not everyone gets a fucking trophy for showing up. That hard work will garner results and being a slack ass will have consequences. And tell them they are awesome – because they are – but also tell them they are strong, and make them be brave , even if it hurts you to watch them struggle. It’s either that or watch them self-destruct.