Cell Phones Are Sexy, Texts Are Even Better

Posted by Melissa Jacobowitz of Suburban Misfit Mom on March 7, 2016 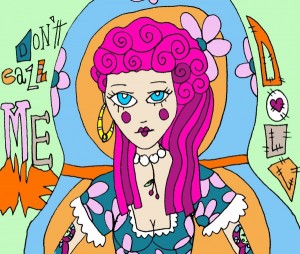 Early on in the day of the cell phone, there was a Seinfeld episode where Elaine, Jerry and George were walking in the street and this was their conversation:

Elaine: Oh, I forgot to call Jill. Jill. Hi, it’s Elaine. How is your father? Is everything okay? What? I can’t hear you so good. There’s a lot of static. Wha? I’m going to call you back.
Jerry: Jill’s father is in the hospital and you call to ask about him on a cell phone?
Elaine: What? No good?
Jerry: Faux pas.
Elaine: Faux pas?
George: Big hefty stinking faux pas.
Elaine: Why?
Jerry: You can’t make a health inquiry on a cell phone. It’s like saying “I don’t want to take up any of my important time in my home so I’ll just get it out of the way on the street.”
George: On-the-street cell-phone call is the lowest phone call you can make.
Jerry: It’s an act of total disregard. It’s selfish.

For some reason, I always remembered this funny exchange.  That was in the mid-1990s (or ancient times, according to my children.)  As I result, there were times over the years that I had questioned myself when reaching out to a friend/family member using my cell phone!

How funny is it that the cell phone phenomenon started off with us actually questioning if making a certain call was proper?  Fast forward to 2016 and the cell phone is “IT” – the end-all and be-all of communication.   Make a call, get your email, text, access your social media apps and of course, snap some pix – and then send said pix via email or text and upload to social media.    The cell is so prevalent that some people don’t even have landlines in their homes anymore.  We still have a landline in our home, but the amount of “i” things in my home is almost embarrassing.

You see, I think that the best thing about the cell phone is that you don’t even have to use the telephone feature to communicate with others.  Maybe it’s because I’ve spent so much time on the phone professionally over the years, but I’m really not in love with the phone conversation anymore.   I am all about the text, email, even posting/responding on social media.  It’s easy.  It’s present.  It’s real-time.  And in my opinion, it is real communication.  Why would it be considered any differently?

You ask me a question, I’ll answer it  – and hopefully vice versa.  And communication with a group is easier on a text or email as well.  Remember the days of “ok, I’ll call Sara and you’ll call Bob” and I’ll call you back?  3 days and 30 conversations later, you may have your plans confirmed.   Now group text and BOOM!  Plans made.  Questions answered.   PSA #1- Sure, if you need to have an in depth conversation, by all means, the phone (your choice of landline or cell) is the way to go.   Please don’t lay it all out there on Facebook, K?

But for most things?  What’s wrong with just the text?   There have been times when my mother would say that she hasn’t heard from me in days.   Really?  What about our texts? What about our Facebook banter?  So, once I recorded a voice message saying “this is what I sound like” and sent it her via text.  Just because I’m not speaking with you on the phone, does not mean that I love you any less.  I promise.  In fact, I may even love you more.

Interesting thing happened a few weeks ago.  I had already been playing around with the idea of writing this story when I spoke with my best bud from childhood.   I hadn’t spoken to her in a couple of weeks.  When we first started talking – her on her cell, me on my landline – we chuckled that we were pretty much all caught up due to Facebook posts and texts.   Is that ok? Maybe/maybe not.   But – she was out of the country and we were still connected because of technology and social media.  And it freed up some of the time we would have used for small talk and let us get down to chatting about the juicy stuff (aka – non-postable on social media.)  Perfect defense in favor of the text and social media!

My husband travels for work a few times a month, sometimes to different time zones.  Between my work, my kids, their homework, their activities and all the other responsibilities while flying solo, I hardly have energy or desire to speak with him on the phone.   But – we will text multiple times a day to stay caught up.   Sometimes I even get a cute, flirty text, which hardly happens when we are chatting on the phone.

And  – with a child in middle school and my wee bit of a helicopter mom complex, thank goodness for the text! In all seriousness, I’m not too bad with that.  Yet.

I’ve created and rekindled friendships through Facebook.   It’s certainly helped in staying in touch with friends who do not live locally.  This way I can keep up with what’s cookin’ in their lives and peek at pictures of them, their friends and family.   Honestly, it’s a fantastic feeling to have such an easy way to stay connected.

Sure, there are negatives. No arguing there.   But as times change, we adjust and adapt. And I kinda think this stuff is here to stay.

This all said, the best part of ANY relationship is to see our friends and family live and in person – by way of the plans made via text, email or social media, of course.   There is nothing like it – so may all texts, emails, posts on social media lead to lots of fun in-person get-togethers.   PSA #2 – The text is ideal for sidebar conversations that you must have with others at the in-person get-togethers.   Imagine having to wait hours to gossip about “what just happened?”

But if all else fails, I’m completely cool with the whole texting, social media way of communication.   Text me, email me, etc. and I know you’re thinking of me.  And I’ll be thrilled that you’re checking in.

So who knows Elaine?  Maybe even in the year 2016, Jill wouldn’t want you to call her on the cell phone either.   But for an entirely different reason than the one Jerry and George gave.

(Artwork provided by Jo Moss, the sister-in-law of one of our writers, and can be found and purchased on http://www.jomossart.com/illustration )