Chances Are Your Intuition is Right

Posted by Amber of Suburban Misfit Mom on September 3, 2017 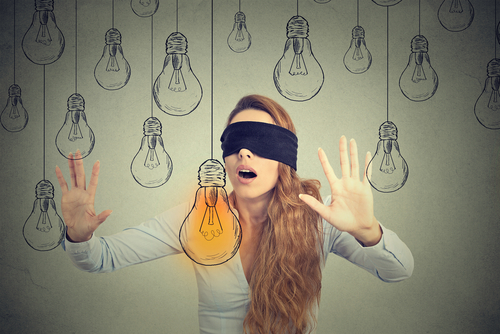 A few years ago, I read a really fascinating book called Blink by Malcolm Gladwell. It’s book about the science behind a gut feeling. It goes into depth about how the body and mind are actually wired to have intuition as a fight or flight sense from back when we were cavemen and cavewomen.

For example, you might get a feeling when you go to buy a car that the salesman is lying to you, but you cannot put your finger on how you just know he is lying. There must’ve been something during your exchange that made the wiring in the brain send off an alarm telling you to watch out.

Only recently did I realize how much this book could have helped me in my life had I read it sooner.

There is this reoccurring scenario that has appeared throughout my life and it is the inability to trust myself and to trust in my own instinct. I’m not talking about trusting friends, strangers, or other people in general. I’m talking trust as in acting on the initial vibe I get in certain situations.  I can recount experience after experience where I trusted what someone else had said to me over my own intuition or knowledge. In other words, I did not believe that I could be right in most circumstances.

If someone else was telling me something they were thinking was right, surely I must be wrong.  It was rare in my twenties that I ever argued my point on pretty much anything. In my early thirties is when I actually think I started to speak up more and actually debate things with people, friends, and even family. If you’re reading this and you can relate, hopefully some of my experiences below will bring you to your senses because your gut feeling matters immensely!  And so does your opinion of course. Knock knock self- where on earth have you been?

Here are some significant instances in my life that are prime examples of how ignoring that inner voice can get someone into trouble. In these examples I actually trusted what someone else had said to me over what my brain and body were screaming at me.

These are only 3 examples where not trusting my own intuition got me into trouble or could have put me in far worse danger. The crazy thing is -I could give you so many more examples. What’s so interesting about life, that is often forgotten or unrealized is that we are still learning about ourselves . I challenge you to find out what you could be doing differently to improve yourself. Whether your 60 or 16, there are things about yourself that may not come to light until you are ready to acknowledge them.