Cheers to the 10th Anniversary of My Postpartum Depression Diagnosis

Posted by Melissa Jacobowitz of Suburban Misfit Mom on December 29, 2015 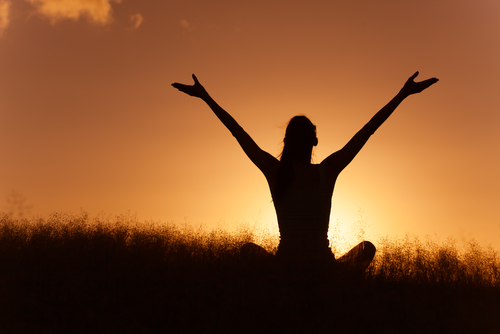 When my son was a baby, my husband and I always did the nightly routine with him before eating dinner ourselves.   Often we didn’t eat dinner until 9pm.   The evening of January 10, 2006 felt like any other night.    The two of us sat down in front of the TV with our dinner.  I remember we were having hamburgers and fresh fries – and all of sudden I felt like I couldn’t breathe.  I started to panic and cry and was convinced this was it – I was going to die.   I called my parents to take me to the emergency room.

I don’t fully remember the wait for my parents or the car ride.  As we entered the ER, I had moments of logic where I knew that I could breathe – I was walking, I was talking, I was conscious –  but something was really wrong.  I knew it.  If I felt this bad, something had to be wrong.

With my parents by my side, I checked in with admissions and was taken in almost immediately for an EKG.   The EKG was normal, which did actually bring me a sense of calm.   But there was still that nagging thought of “What is wrong with me?”  This very thought had consumed my brain over the past year.

Over that past year prior, I went to lots of ‘ologists’ – a gastroenterologist, a cardiologist, a neurologist, a rheumatologist, a gynecologist, an opthamologist, a pulmonologist and possibly others that have slipped my mind.   As my list of ologists might allude to, I had physical pain EVERYWHERE, including chest pains, headaches, dizziness, and stomach pains.   Surely I had a brain tumor or maybe a heart condition – or both.    There were many times I was convinced that I was dying.   I recall asking my husband to promise to bury me with a picture of my son – and then he immediately banned me from WebMD.

I visited ologist after ologist desperately looking for a diagnosis.  Maybe you have fibromyalgia, one doctor said almost giddy-like because he thought he solved the mystery.  Nope – negative tests.     Maybe it’s your gallbladder, said another doctor.   Um, nope, not unless those grow back because I had that removed years ago.  Luckily, every test I was given came back negative, which normally is a good result, right?    Moments of relief, yes, but that always followed with a twinge of disappointment because I still didn’t know what was wrong with me.

After the EKG, I was sent back into the ER and my mom was with me.  After a while, the doctor comes over and instead of poking around my body, she starts off by speaking with me.  She asked questions, we reviewed my medical history and she intently listened – which the other ologists didn’t really do – even my gynecologist.     We talked about my job, my home life, friends, family and my son.  When was he born? When did your symptoms start?   Did anyone ever mention postpartum depression?  The answer to that last question was a simple “no.”  We talked some more and the doctor said the words that I was longing to hear – I think you have postpartum depression and we need to get you some help.

I remember getting really emotional and reaching out to hug the doctor.   She gave me hope.  Maybe everything will be okay again?  She gave me the contact information to a husband/wife psychologist and psychiatrist team. I called the very next day.   I was finally going to see the right ologist!

My little guy was 14 months old at the time.

I pride myself on being a smart gal.  Deep down I knew this was what was wrong.  But I was suffering and I kept waiting on that diagnosis from someone with training and/or a medical background that had to know more than I did.   I had raised the question of postpartum depression with my OB/GYN, who blatantly dismissed it and then suggested that I change my lifestyle.  (Sure, dude, are you going to support me if I resign from my job?)

It took a full blown panic attack and a trip to the emergency room for someone to recognize my condition.  What I learned over the years – to no fault of any medical specialty – was that postpartum depression is just not something on a medical professional’s radar.  That needs to change and I’m now volunteering for an awesome organization called Postpartum Progress to play my part in bringing about this change.

I can only hope that my words here bring some comfort to someone who might be reading it.   Postpartum depression and other maternal mental illnesses are rough!

And hey, I even went on to have another kid!   (Delivered by a different OB/GYN, by the way!)

As the 10th anniversary of the official diagnosis approaches, I know that I have come a long way.   There are times of guilt when I think about not being fully present when my son was a baby.   There are times of awe when I see new mothers completely over-the-moon with their new little one.  But that’s okay.  My experience is now part of me.  I like who I’ve become.

January 10, 2006 was the day I was diagnosed with postpartum depression.

And on January 10, 2016, I’ll raise a drink in honor of myself and all of the other survivors –  past, present and future.