Create a relationship that can survive how much of an idiot you are.

Posted by Gregg DeMammos of Suburban Misfit Mom on March 9, 2016 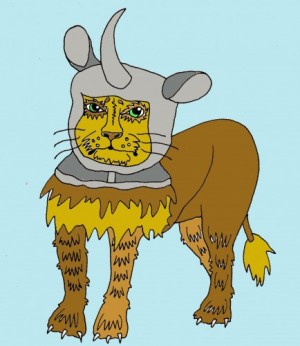 Sometimes I feel so lucky to have found someone who could handle how much of a fucking idiot I’ve been over the years.

I don’t know if it’s just luck or fate or taste, but I set myself up well enough to give myself a good long rope to learn from. Not every guy is so lucky. Some of my friends can’t catch a break with how much of an idiot they are and how it affects others, but regardless, we’re here to learn together. I want to help you make the most of how much of an idiot you are, because it’ll help you grow into the best partner, person and creator you can be. Ready, fool?

Step 1 – Accept that you are an idiot.

Hopefully that happens prior to divorce or complete resentment.

Our culture is obsessed with being a finished product. That’s why we’re experts at shining turds. We get married in our twenties or thirties and try to look like we’re DONE! We made it all happen! Look, don’t you want to be us? I’m the me I always wanted to be right now! Well, that’s a nice show, but…

I’ve been married for fourteen years. I was an idiot in 2001. Slightly less of an idiot now. I’ve run out the clock as best I could on so many things I didn’t know, didn’t want to deal with, faked, thought I knew. Wow, so exhausting for all of us. For me, for my wife, for our families.

It’s so much better now to just own being an idiot.

It doesn’t give me a pass on anything. What it does, is it gives people a chance to be partners with me, with who I really am, not some picture I create to impress and try to make them feel better about being on my team so I can keep doing all those things I was talking about above.

In my marriage, I did what I knew to do, kept impressing, kept making someone happy as best I knew how, but life became more challenging and I didn’t know how to deal with it very well. The problem was that my self-esteem was wrapped up in already getting things right. That was the basis of my relationship, so going back to idiot wasn’t an option. There was too much at risk.

Just chill out, you’ve got a lot to learn. So did your parents. It’s no crisis.

Once this transition to idiot is complete, we move on to Step 2.

Your wife may ask you to be more vulnerable, to express your feelings more, to be a better listener, to be more sensitive, but really, all of this is cured by being an idiot!

An idiot doesn’t know anything, so he’s better off listening.

An idiot doesn’t know why he feels a certain way, so instead of fixing things, he can just share what it feels like as best he can.

An idiot shouldn’t know enough to have an opinion on whether it’s ok to think or be a certain way, so he can be more authentic and let the world deal with him without it being some exercise in proving himself.

Most importantly, an aware idiot knows he benefits from having people around him who can accept him and help him get where he wants to go, so he can have conversations with his wife where she becomes a part of where he’s going and they can see together that it’s for both of them and beyond, even when it’s just about finding ourselves. We have to trust the process, idiot and give ourselves a chance. Nobody likes or needs a know-it-all. Once we drop it, we can have really humble and productive conversations, set realistic and enjoyable goals and drop our shame over the things we need to get better at.

Growth is natural to us. When I met my wife, that feeling I called love was heavily wrapped up in growth. The freedom I felt with her helped me grow out of some of the problems with being me at the time. Awkwardness, loneliness, being without much direction. I found someone who made me feel special, who made me feel like my feelings could do something for another person. This was a lot of growth.

To keep growing, you need to drop the idea that you’ve made it and that people in your life need to look at you like you’ve already made it for them to love you. That’s idiot thinking.

Growing is the most beautiful thing you can do with your wife. Growing gives you a chance to move into something together, for her to be proud of you, to foster your growth, which in my relationship at least is the thing my wife likes being a part of most, because it’s refreshing, it wakes us both up and brings new possibility into the relationship. It’s the cure for Groundhog’s Day. It’s sexy. You may think you’re cool, but a big part of why she fell in love with you was for how goofy you were. It just made you feel good, so you mistook it for doing something well!

Look at your life. Appreciate your lunkheadedness as a chance for a lot of opportunity. Stop thinking you know what’s on the other side of the curtain and own a few of your gaps. If you’re a crappy communicator or a guy who isn’t very good with his feelings (so uncommon for men, I know), get some help with it. Not where it highlights your failings, the relationship’s problems, all of the drama of that. Do it just to get better because you suck at it and if there was growth things would get better, more would be available in your relationship, you’d regain that great feeling from the beginning of the relationship where just her being in your life made you feel like you were more than you were before.

Grow professionally. Grow personally. Do your best to get these parts of your life in line so you’ll have energy for the people in your life instead of fighting against your life. This growth will be invigorating as long as you’re in charge of it. Don’t just take a course to do it. Do things you’re interested in and make sure you do your best to let go of shame and admit that you’re an idiot, so you can enjoy things you may be ashamed of being – uh – not so good at.

Obviously I’m being facetious by using the word idiot, but I use it because it grounds me. It reminds me that even though I have this voice in my head telling me that I’m already supposed to be good at everything, impressive, have it all handled, that a little reminder that this is a crock of shit tucked away for when I need it (daily…hourly!) knocks me down to size and actually gives me a chance to enjoy things again instead of life always being a test of how good I am at everything.

I just want you and your wife to have the chance to grow together. Fourteen years in, it’s the best it gets for us.

With love,
Your Idiot, Coach Gregg

(Artwork contributed by Jo Moss, and can be found and purchased on JoMossArt.com )

[…] having those answers. My village has a way of reminding me that it’s way easier to remember that I can be an idiot sometimes than think I need to know […] 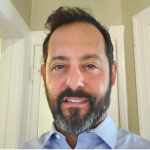