Posted by Amber Pittman of Suburban Misfit Mom on December 16, 2016 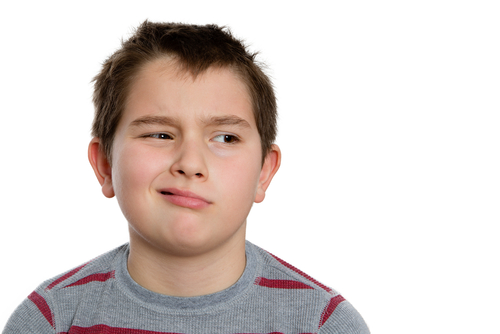 Let me start out by saying how happy I am for you. You’ve made it this far in life without being murdered by your parents – and that is a feat in and of itself. You haven’t contracted an incurable disease from eating weird shit off the ground, and you haven’t horribly disfigured yourself on the playground or ball field.

I understand that having lived a decade or more, you have learned lots of things. Different names for your private parts, for excrement, for a girl’s private parts and for sexual acts that you probably don’t really understand yet, or are misinformed about. I know that must be super cool and make you feel like a general badass. You probably are – especially in the elementary hierarchy.

You run the school – I get it. And you feel that part of your job is to educate the younger boys. But can you not?

I know it’s hilarious to see the shock, and probably disgust, on my son’s face when you tell him what a blowjob is, and I am sure imagining my reaction to him gleefully miming what he learned with his thumb and mouth as I am trying to make a left turn into hellacious traffic is the best day of your life. But please stop. He’s not getting in trouble, but it does require me to explain why he can’t do that anymore, and why exactly it’s inappropriate. Then we have to get into an argument when he doesn’t want to be a rat and tell me who showed this to him. But he will always rat you out, because I can withhold YouTube privileges and ice cream money on Fridays, so I will always win.

I am sure that watching the delight on my second grader’s face is like your crack when you give him several other names for his penis. He thinks these are delightful and wants to share them with me. And then he wants to tell me how these names work perfectly for his penis. Could you please refrain? Or at least wait a couple years. Dude, he’s not even 8-years-old yet – I feel like I’m raising Eric Cartman over here; he’ll cry if he keeps dying in a video game, but he wants to talk about jus junk like he’s a frat boy.

Diglet, wenis, mushroom, wiener, junk, bone, secret weapon – I have heard them all. And I really would rather not.

I am also getting awfully put out with him pulling his junk out of his boxers and saying “wiggle jiggle” as he waves it about, and of him slowly pulling it out saying “take out the secret weapon!” I cannot deal with this, and he gets in trouble for it, but the allure of disgusting me, his mother, is far too great for him to stop completely. And while I know that his Y chromosome will make it inevitable that he is obsessed with his penis and thinks everyone else should be too, you egging him on and telling him how funny it would be if he did this is not helping. He also wants to know why a girl’s privates are being referred to by certain slang terms, when he always though it was called a vagina. What do I say to that, fifth grade boy? Maybe you think that he’ll just hold this knowledge in his head and not share it with me, but you’d be wrong. And it literally makes me die just a little bit inside every time I have to try to figure out the most concise and least upsetting way to explain these things to him. I don’t want to talk about this with him yet, so if you’re going to mention it to him can you also explain (correctly) why you’re calling it this? It will save me a lot of unnecessary heartache.

And while we’re at it, can you not mention sex? Especially since you don’t know what it is either. I’ve already had to explain (kind of) where babies come from, and why the trashy neighbors across the backyard have a dog that tries to “get piggyback rides” from the boys that own it (or maybe it owns, from what I have seen through the kitchen window while washing dishes), I don’t need to try to figure out a non-traumatizing, yet fairly truthful way to define sex for my son. I need at least a few more years – and I would have them if you’d keep your filthy mouths shut.

I don’t want to be the mom that rats you out for being gross and telling my son about sex stuff. I don’t want him to HAVE the mom that does that, so don’t force my hand. Take the last year of your life that you be will on top of the food chain for the next few years and do something useful with it. Educate yourself on what these things are (cause you’re totally getting it wrong, check Google), or maybe decide which Axe Body Spray will be your signature  scent for the sixth grade dance next year, just quit teaching my son to be a real-life South Park character.