Did Mother Mary drink champagne on New Year’s? Reflections on celebrations and the mundane

Posted by Taylor Williams-Durant of Suburban Misfit Mom on December 31, 2016 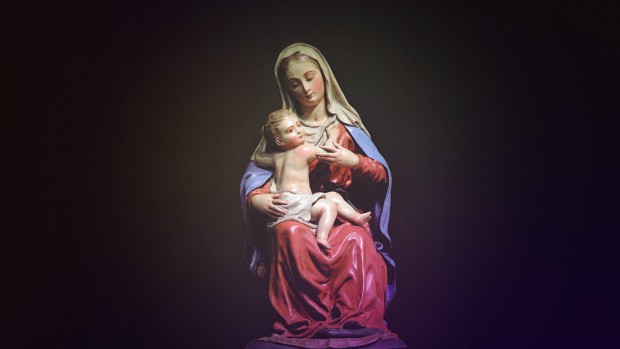 I feel fairly confident I’m not the first to say that the holidays can be weird.

Holidays are joy and goodness and light, but they’re also funny because they bring up so much “stuff” for everyone. There aren’t many other cyclical times in the year that make our emotional wells runneth over or maybe instead, dry up. Along with the joys, the holiday season can usher in the stress and the sadness, the knock-down-drag-out flu, and the blues. I’ve always been one of those people that gets really into the spirit of the season, but as it wears on, I feel myself going into that blue space. I need a Salvation Army bell ringer to gong me swiftly in the head a couple of times and break the spell. The night of Christmas day or the day after can feel particularly down, a Christmas Hangover. I know a lot of people who feel this way. I want to say something about this being a research-driven fact, but who needs it? We’ve all got enough anecdotal evidence from our own lives and the lives around us.

If you will allow me to use a birth analogy, it reminds me of those hours after having a child, where the wild anticipation and burning elation start to give way to some of the reality: it’s over now. It just is. (Luckily, the holidays don’t do a number on your nether-regions. Who would celebrate under those circumstances?) But here’s the good news, I think – that it’s really more a transition from one reality to another. It’s the funky middle space/gray phase where we feel ourselves in time, whether it is a birth or a new job or a big move or a change in a relationship. It’s the itchy and uncomfortable settling in of the New.

This year, on Christmas night, I had the normal case of the blues, so I did what I do when I need to process: I go out for a walk. The evening light settled in with a fog that felt like the emotion of the day changing. But the joy came from seeing the brighter lights beam out from the houses I walked by. Families and friends (maybe some strangers) dined together in the warm living rooms and kitchens and dining rooms that I walked past. The balmy temperatures allowed for open windows, so the clinking of silverware on full plates and of glasses being clinked together rang out into the air. My blues shifted into something new as the experiences of others settled in and melded with my own good day. Maybe because of this walk and the imprint of it all, the morning after felt different. My usual hangover gave way to some emotional sobriety offered to me over the last year – some clarity around what big emotions can teach me. Big emotions, whether it’s joy or grief or regret or pain or fixation, can teach us how to let it all flow through. There’s a big difference between letting an emotion own the spirit, versus letting the spirit bathe and splash around in it before air drying and feeling the remnants on our skin. Sometimes you bathe too long and you’re left soggy, funny fingertips and all. Other times, you find you can be in and out of the feelings tub, quicker than you used to. You learn to stay in the water as long as your spirit can handle, accepting, baptizing, refreshing – maybe even drowning – but eventually, you get out.

Holidays hold a lot of power because they are a practice in “making special,” which is what a lot of events and celebrations are in place for. We should, in my humble but celebrate-as-default opinion, always “make space” for celebration in big moments, because that’s an important ritual. But there’s also a space to make the routine special, to see the mundane as anything but. I’m going to try to remember this on New Year’s eve as well, a holiday that doesn’t always get me fired up in the way that it’s apparently supposed to. I’m much more of a “champagne at the house and go to bed early” kind of gal for this sort of thing, but back in the day it used to make me feel lame or without. In the past few years, whatever came seemed more normal, like New Year’s approaching was more a chance to review the past, look towards the future, and pop some cheap Trader Joe’s bubbly. And what’s not to like about that?

Sometimes I like to think about that story where Jesus turns water into wine at the wedding feast. I wish there was another version where he’s like, “No, this is water and this is what y’all are going to drink.” And then everyone goes on partying til the wee hours of the morning. The party-goers would bask in the glow of ho-hum, of normal and regular, and they’d indulge in it. (That version of the story would also make me feel awesome about all the times my daughter asks for apple juice and I shut that down with a big sippy cup of tap water. “This is how Jesus did it, Pumpkin!” I’d say, and pretend to drop the mic. And she’d really get it and smile and hug me and trumpets would play as the angels flew into our kitchen through the oven vent. But I digress.)

I don’t like resolutions very much, but I do hope that my next year will at least hold a mantra of “worry less, be present more,” or something like that. I want to make the normal, my routine, reason enough to “make special.” And I’m jazzed their won’t be any labor pains involved.