Did You Just Smile at Me, You Sexist Pig?

Posted by Ailish Delaney of Suburban Misfit Mom on October 26, 2016 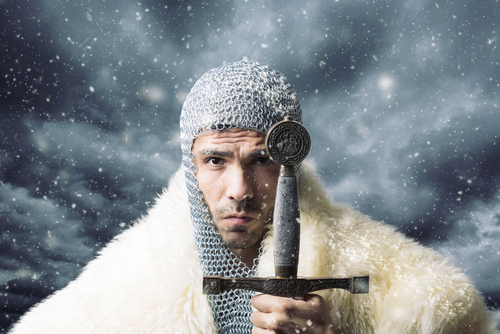 Recently I came across an article which claimed that men with manners were sexist. Or, to be more specific, men who still practiced the art of chivalry. Apparently, according to the study, men who held doors open for ladies, gave up a seat for them, or any of the other behaviours associated with being a gentlemen, meant they were, in actual fact, sexist.

I’m sorry – maybe it’s an age thing, but I love to see a man with manners, and actually, a true gentleman extends this courtesy to everyone; male or female, young or old. Ok, so a gentleman in his 20s isn’t likely to offer up his seat to a man the same age, but he will offer it up to man in his 70s. Is that sexist? It can’t be, because they are the same sex. Is it ageist? Some might argue yes. I myself would think it instead shows a man who has been well brought up, to show respect.

Sure, I’m going to be shot down in flames for not being a feminist. But what does feminism actually mean? If it means believing that men and women are equal, and deserve equal pay, and equal rights, then yes – of course I am. On the other hand, if it means believing men and women are the same? Of course they’re bloody not! Men and women are fundamentally different. We are designed to complement each other. Men are better at some things than women, and women excel at some things over men. Women can give birth. Does that mean we are superior? No. It just means that biology has dictated it thus. It is what it is.

The same study said that there are certain phrases you should never say to a boy, if you want him to grow up respecting women. And on the whole I agreed: Boys don’t cry, you throw like a girl, man up…I’ve never said these things to my son. Boys do and should cry, they hurt the same as girls do. I’m pretty poor at throwing, but there are some magnificent female throwers. But the one thing I have always said to my son is that boys should never raise a hand to a girl. And I stand by that. And I will always stand by that.

I’m sorry, but a study that claims that simply smiling at a woman makes a man a sexist pig is laughable, and quite frankly, the biggest crock of shit I have ever heard. Isn’t the world a miserable enough place as it is, without making men afraid of smiling at women? It’s bollocks. By the same token then, does that mean if a man smiles at another man, he is gay? What the hell happened to people just being nice?

Picture this; you’re out on a date and you’re cold. Your date offers you his coat to put around your shoulders. You pull it off, enraged, because this seemingly gallant gesture is, in fact, perpetuating the myth that women are more likely to be cold because they are weak. How dare he try and keep you warm? You’re more likely to look at him all snug in his merino wool coat and think ‘What a selfish bastard’.

My son would never hit a woman. Not least because he has seen me going through domestic abuse and knows the damage it inflicts. And yet he wouldn’t think twice about laying out a bloke who deserved it. Am I missing something here? Does that make him a sexist? Or does it simply show respect for women? He would never, incidentally, let a door swing in someone’s face simply because it’s a man walking behind him. Why? Because he is a nice person.

Another point in the study is that women who actually want to be treated with respect by men, and do want the chivalry and gallantry, are actually too brainwashed to realise that, in reality, they don’t want a gentleman. Hmm…now who’s being condescending? Women don’t know their own minds? FFS.

Even men who are simply friendly towards women, who listen when they talk, came under fire. Bastards! How dare they listen? That is showing such a lack of respect!

I have to question which behaviour is actually damaging. The men who believe in doing nice things for women, or the people who tell us that actually, dear, you don’t know what you are really thinking do you? Ever heard the term gas lighting? I would suggest that the boffins who came up with these findings are guilty of this most insidious of behaviours. Telling us that what we are thinking is wrong, and making us question our own belief system.

I, for one, would love to see a revival of good, old fashioned respect and chivalry. I’ve been there, married to a man with no respect or even liking of the female species, who loathed and detested and ridiculed every word which came out of my mouth, and who thought nothing of putting his hands around my throat. If that lack of respect is indicative of a level playing field, and a man who smiles at me, holds doors open for me, or pulls me from a burning building before himself is a sign of a sexist pig, then I’ll take that any day.