Posted by Anna Brophy of Suburban Misfit Mom on June 30, 2016 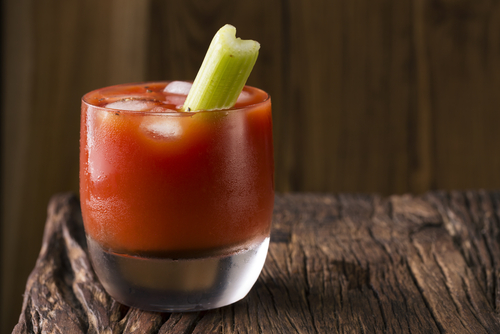 A baby, sure, but maybe I could do more study, start a whiz bang business from home or write that book I’ve always dreamed about…??

Oh, the possibilities were bright and endless.

Then I had my baby.

I was at home every day, stuck to the couch, watching Ellen and midday movies whilst my baby was feeding…and feeding…and feeding. Regularly I just skulked about with my boobs out, ‘airing them’, or just saving time on the straps wrangle for next feed. I did a topless blinds raise one morning, only to look directly into the eyes of the young men innocently enjoying the morning sun on their balcony. Deer in headlights; I froze, they froze…naturally we never again exchanged pleasantries at the mailbox.

Speaking of mail, those early days were brightened by the arrival of a parcel for the baby, or the slow, stitches shimmy to the mailbox each afternoon. This new isolation was difficult. I was always a part of the social committee at my job; I joined groups, I organised friend catch-ups…now it was just the two of us…and the clock. I know I was one of the lucky ones; I had support. I had friends dropping by and bringing food, a sister who couldn’t hold the baby quick enough and a husband who could walk in and take over. But it is such an unexpected sense of loneliness. I took on the mantra, “if in doubt, go out’. I tried to push through that tiredness and took my new wheels and little bundle out for a spin. I was that weird, smiling lady with shopping bag eyes who talked to anyone and everyone.

But by this stage, I was smacked with another reality; down to one income. Naturally it was ‘our’ money, but I still felt the irrational need to justify my expenditure, to explain the merits of a 220g family block of Cadbury as opposed to the smaller, cheaper variety. I was tired and more and more I was finding the repetitive pattern of ‘feed, play, sleep’ mind numbingly boring, but the thought of ‘going out’ beyond a park stroll was just exhausting. Possibly the worst part, was the knowledge that this is how it would be. It would be the same tomorrow and the next day, and the day after that, with no real let up.

Now before you jump up in alarm screaming, ‘Post Natal Depression! Post Natal Depression’, no, I was really OK. I was certainly in shock, recovering from my own labour and so damn tired…that heavy, bone sucking tiredness that I had never experienced before.

And then one day I found myself playing trucks with my son. I had dinner in the slow cooker, matching socks on and freshly washed hair. His little giggle was infectious and I giggled, too.

I slapped some lippy on and headed off to my own Friday night work drinks…in my kitchen. 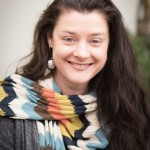