Do Women Just Want to be Rescued?

Posted by Ailish Delaney of Suburban Misfit Mom on May 17, 2017 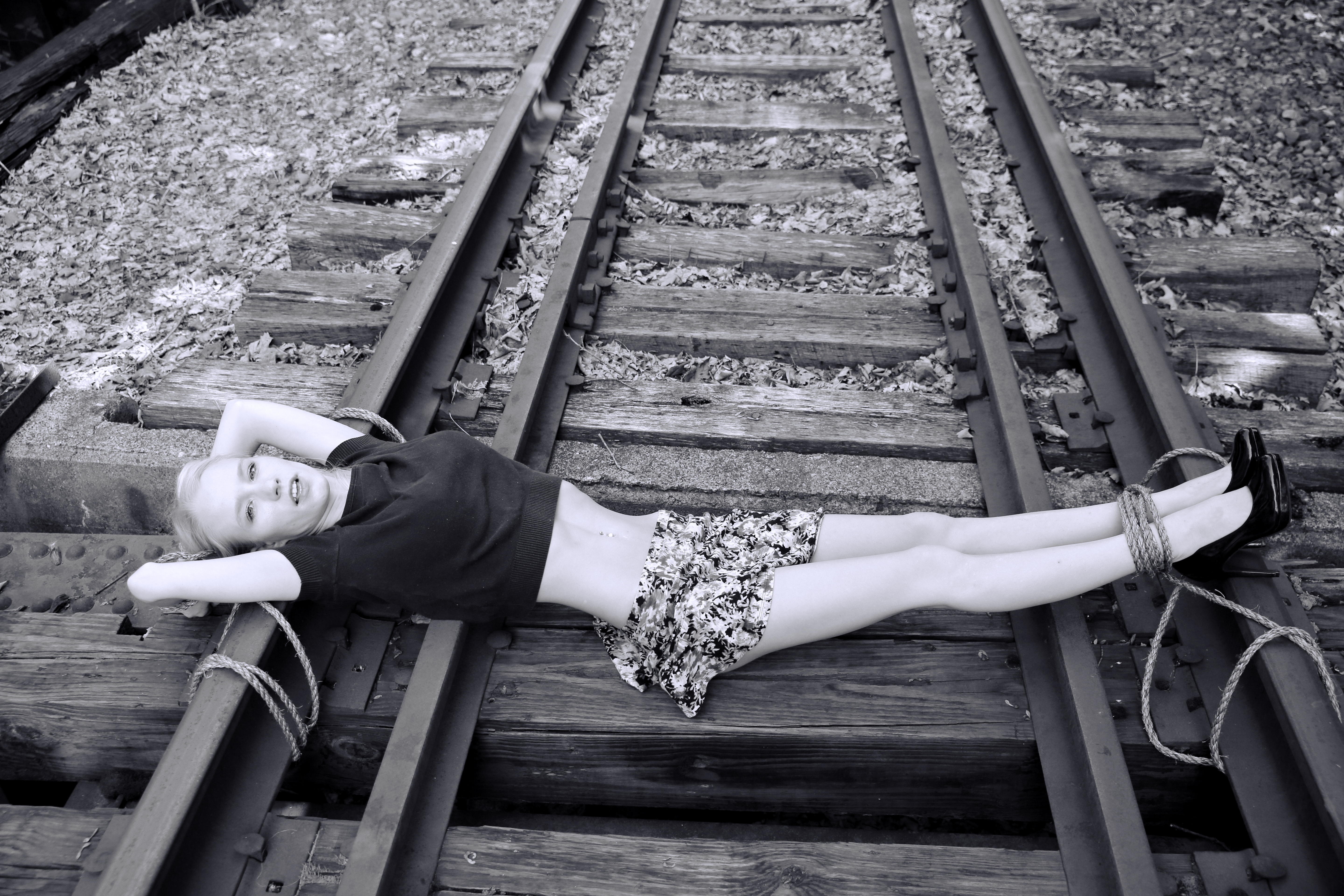 Now, before anyone bites my head off, this is a line from Sex and the City – I was watching it last night and it got me thinking, not about whether women do want to be rescued, but whether men can handle women who don’t. When Charlotte asks that question, Carrie tells her that maybe we’re the white knights and we have to rescue ourselves. (You see, this is why I am in insomniac – I go to bed and BOOM…here come the ideas and the questions.)  Straightaway a series of recent conversations came to mind.

Years ago I had been in a relationship with a man who, I suppose you could say, did rescue me. I had escaped DV with my children and things were pretty rough. The relationship had its ups and downs, and for quite a while I was totally dependent on that man – and that was scary. For instance, New Year’s Eve he decided to have the mother of all strops and told me that we had to be out of the house by the next day. New Year’s Day. He stayed out all night, and I spent the night calling all the women’s refuges to find a place (we had already been in one refuge so none of this was new to me, sadly).

When he came home the next day he acted as if nothing had happened, and I began to realise that this was a control thing. He knew I had nowhere to go, and used that to ‘pull me back into line’.
Anyway, in time me and the kids got our own house, and the relationship limped on for a while, but there had been too many problems and it ended.

Fast forward to today. I live with my 20-year-old son and my 12-year-old daughter, and my oldest daughter lives an hour away with her fiancé and 2 little boys, and I see them often. I’m a single mum, a nana, and a full-time writer, and I am pretty much sorted. I’ve fought my way through illness, poverty, and homelessness and now, I’ve got to say, life is good. Me and ‘The Guy’ have stayed in touch sporadically, and he recently broke up with his live-in girlfriend. He text me to tell me, and I asked him what happened. He replied ‘I don’t want to talk about it, but you can cheer me up by sending me a topless photo.’

You see, he still assumes that I am the broken woman I was when we were together and that I fear saying no to him in case he withdraws something.

Oh dear, big mistake.
(Also, bear in mind that this man is in his fifties, not a teenager.)

When he realised that he had royally pissed me off, he called, and apologised for his behaviour, telling me, (un)flatteringly, that he only asked because I am his comfort blanket.

(I have looked and looked, but never have I seen a shop selling comfort blankets with nipples. Now there’s a business opportunity!) He then went on to (knowingly or unknowingly) attempt to bring me down, brick by brick. He criticised the fact that I ghost-write:
‘But…all you’re doing is writing for other people. It’s not YOUR writing.’

Then he asked me why I wasn’t dating:
‘Is it because you have such low self-esteem?’
He called one day and my youngest daughter answered. When she handed me the phone he said:
‘It’s my job to make her feel good about herself.’ Or some other such bollocks.

Now, let me just say that I am bloody proud of my job – people pay me to write for them. It sustains my family, keeps a roof over our heads, puts food on the table, and keeps us warm. I do write for myself, but that doesn’t pay the bills – yet. I don’t suffer from low self-esteem – I actually like myself! It took a long time to get here, but I do. It made no sense for me to have my own car when my son’s was sitting there not being driven – when he passes his test in a few weeks I will buy my own. Might take me a while to save up for it, but when I do that will feel awesome!
But all of these comments were designed to chip away, make me doubt myself, and bring me down so far that he could then ‘rescue’ me by building me back up again!

When none of that worked, he started ‘reminding’ me of the abuse. It happened years ago, and for the most part, I have put that in the past, I have moved on, because – you know – that’s the healthy thing to do. But no…’The Guy’ wanted to drag me back there.

“So, I suppose you have to be careful, you know – with websites and stuff. You can’t put your name to anything in case HE sees it.’

Why? Why bring it up again? I have changed my name, and yes…I am careful but it is an automatic response and one that I don’t think about. Plus, I can’t hide forever and I refuse to let that man dictate any longer. But by reminding me of the danger we were in, The Guy dragged me right back to the ‘me’ I was then. Frightened, broke, and almost destroyed.

“I’m not the same person I was then.”
That one line changed his entire demeanour – it was as if he knew it but didn’t want me to know it.
“I am at that stage in life where I don’t need anyone. I’d like to meet someone special, but I don’t need to.”

That brought forth a barrage of ‘reminders’ of how much he had done for me. Remember we are talking 8 or 9 years ago. Yes, he did a lot for me and the kids but I paid the price – it didn’t come cheap. He would lose his shit over something simple and then I wouldn’t hear from him for a week – he wouldn’t return my calls or texts – and then would show up and smile and think all was ok. It was emotional torture.

And it’s not just him. I have noticed that this is a familiar pattern. I’m not saying it’s all men, not for a minute. A lot of men are enlightened and celebrate a woman’s success. But I have had boyfriends through the years who have ‘claimed’ their part in any achievement.
If I’ve lost weight – “Well, I like to think I had some part in that.”
If I’ve had an article published – “I like to think that was down to my encouragement.”

Wait. No! Stop jumping on my bandwagon – it’s a one seater and there’s no room for anyone else! The only people who can claim any part of my success (and they don’t) are my children. They’ve been my unfailing strength and support, and have been through thick and thin with me. Anyone else – forget it! I have gotten to where I am now through my own efforts and determination, and yes…stubbornness.

How anyone can still be claiming ownership of my life after 9 years is beyond me and speaks of an ego of incredible magnitude.

I rescued myself, but it wasn’t on a white horse.

It was on a big, glittery, fabulous unicorn!