Do You See Us?

Posted by lisa pomerantzster of Suburban Misfit Mom on April 7, 2017 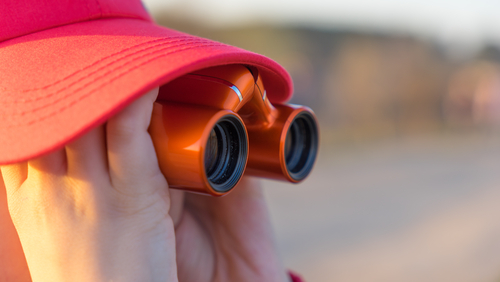 It’s a slippery slope my friends and we are headed down the rabbit hole fast. The latest for me, my Mrs. and our shanah maideleh kinder (sweet beautiful girls) is our invisibility in the upcoming Census. It’s been announced that there will not be an LGBTQ count in the 2020 census. To be fair, that’s the way I roll, it’s important that you know that we have never been counted before. But after the stunning momentum from the Obama administration, the proclamation to love out loud with all the legal rights and freedoms from the Supremes, government agencies, lefty liberals, and this Yiddisheh lesbian, we were hopeful that following the next Census, our government would see us. And after they see us, they would work to find ways so that we wouldn’t always be under some threat, be it physical, emotional or legal. They would see us and allocate the resources that are so important to our LGBTQ community. They would see us and help.

Congressional Democrats (much too many for mr t to count on his tiny little hands), along with several government agencies (Health and Human Services, the Justice Department and Housing and Urban Development) have all requested that mr t’s administration counts the LGBTQ population in the next Census (2020). Figuring, ‘Hey, wouldn’t be a swell idea to better understand sexual orientation, marital status, family status, gender identity and the location, size and socioeconomic status of this population?  We are out ringing doorbells counting anyway?’

mr t and his slimy swamp mates, they say there’s no need for collecting data on us. A crowd of people, and not one real person among them. A groyse oylem, un nito ein mentsch. Their anti-gay agenda is clear as day, and I feel it as real as those hot flashes, vey iz mir (OMG). Gorsuch, poised for confirmation via the cowardly nuclear option, is an extreme threat to our civil rights for the next 4 to 5 decades. Well, you know what ? WE ARE HERE. You cannot erase us.

You may say, Lisala, what’s the big mitziah (problem)? I can’t speak for everyone, but you know how loud I speak for my mishpocha (family). Coming out, ‘being out,’ makes you leave the cloak of invisibility behind.

If you are straight, you don’t know from this tsuris (trouble). Your are counted. You count. You matter.

Yesterday, I was walking my boychik (little man), Gatsby. He started to play with a little dachshund along the way. They were doing what dogs do. Sniffing parts and such. Don’t you know, this woman, she says to me, “She’s a girl, right?”

I said,  excitedly, “No. He’s a boy and his name is Gatsby. He’s part dachshund, just like your little boy!”

She started screaming at me. SCREAMING! She yelled, “What are you doing letting my boy dog lick your dog’s boo?”

Blown-away, I was. She screamed again at me. “What are you doing letting my boy dog lick  your dog’s boo?”

I said calmly, “Lady, stop shouting. You control your dog, not me. And if it is so damned upsetting to you that our dogs are greeting each other as dogs often do, then why the hell are you calling his penis, ‘boo’? Grow up!”

And Gatsby and me, we walked away. She was mad as hell at the notion that her dog might be gay. She continued ranting until we were out of her site. As far as I know she is still yelling.

So why did I tell you that little story? Because hatred and bigotry toward the LGBTQ community is so very rampant. We have been subjected to assault, violence, prejudice, bigotry and hatred. We’ve been approximated, estimated, calculated. We have been invisible for safety on the job, in the world, in our own families. I thought we gained equality with the Obama’s.

Yet under mr t, we will not be counted. We are here before you, working, living, loving, driving our kids to school and making dinner for/with our spouses. We mow the lawns, fold the laundry and pay the bills. We celebrate birthdays, anniversaries and teach our kids to ride their bikes. Remarkably, our families look just like yours.

So here I go. I will be counted. I am visible. 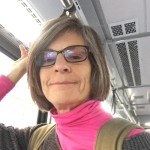