Don’t tell me how to parent my child!

Posted by Becky Fuller of Suburban Misfit Mom on April 7, 2016 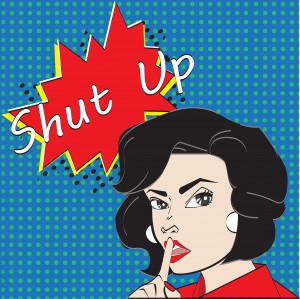 An open letter to the mom who reduced my son to tears.

This morning, on our walk to school, my son walked through a deep puddle. You know this, because you were walking right behind us.

I reprimanded my son, which you also know, because you added, “What did you do that for?” and then “You don’t need me to tell you that was a very silly thing to do.”

My son is 7. He is a sensitive boy with a heart of gold. I can count on one hand the number of times I have had to yell at him. I don’t know why he walked through that puddle; he doesn’t know why he walked through that puddle. It was a moment of madness (for him) which he immediately regretted because he ended up with wet socks. To me, and for him, that is punishment enough. When I reprimand my son, I choose my words carefully because he takes it all on board. Usually, his own guilt for having upset me, far outweighs any punishment I can give. In fact, I often end up reassuring him that no lasting damage has taken place, and no crime committed.

You know my son.

You know my reprimand was enough.

Let me tell you what we didn’t need: You, coming up behind us and saying, loudly, “Oh you’re in trouble now. If any of mine did that, I’d be so mad!”

We didn’t need you asking what I was going to do about his behavior, as if his actions had impacted on anyone except himself.

Because of you, and your (idiotic and unhelpful) choice of words, my son went to school crying. Because your daughter shares a class with my son, he was convinced everyone would find out what had happened and laugh at him. Because he was so upset and worried, he ran after me, out of the school gate, in floods of tears and had to be reassured by his teacher and myself that he was not in any trouble. Because of you, I feel like the worst mother in the world, like this was all my fault.

I have three children. My eldest can be tricky; she likes to argue back, nit-pick about things and, like me, she likes to have the last word. We can yell at each other, then make friends five minutes later and all is well. My youngest exists in his own dream-world and pretty much does what he wants, when he wants. I could scream in his face fifty times a day and he’d take no notice (I don’t!).

But my middle son is quiet, shy, and noise sensitive. Yelling distresses him. He messes up, he does things he shouldn’t do…he’s a kid! But I know how best to deal with my kids; you do not.

I happen to have a lot of opinions on how you raise your two children, but I keep them to myself. Why? Because it’s not anyone’s business how a parent deals with their kids, except their own.

All my children abide by the same rules. They are good kids. They work hard, they are kind, considerate, good to their friends and I am proud of the lovely people they are. They are all different to one another.

You know each of them, but even if you didn’t, nothing gives you any right to interfere in how I deal with their misdemeanors. Maybe, the next time your kids do something that I wouldn’t tolerate, I’ll ask you what you’re going to do about it, and point out to them that they’re now in a whole heap of trouble. I wonder how helpful you’d find that?

Or maybe, I’ll concentrate on raising my own kids in my own way, and making sure they don’t grow up to be interfering busybodies.

Your style is so unique compared to many other people. Thank you for publishing when you have the opportunity,Guess I will just make this bookmarked.2