Eight Horrible Steps To Posing Your Elf on the Shelf

Posted by Amber Pittman of Suburban Misfit Mom on December 25, 2015 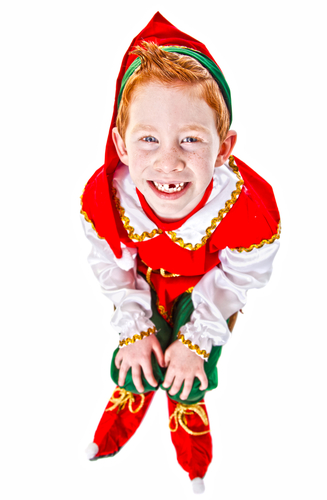 It all started in Pre-K. Until then I was blissfully ignorant about the Elf on the Shelf. It wasn’t around when me and my sister were little, and I didn’t know anyone who did it. And then my son’s teacher introduced the classroom to an elf with some ridiculous name like Bell or Patches or something like that.
I listened every single day during December about the shenanigans that elf got up to. He toilet papered the small tree in the classroom, he moved their cubbies, he passed out candy canes when they were gone for the day. And then it happened. We went into Target and my son saw that he could have his very own Elf on the Shelf. And, $30 later, Jingle the elf was a proud member of our family. To show you how stupid I was, and how very naïve, I was actually excited about the elf. I thought my nightly elf posing would be fun, and it would be so cool to see my son’s face light up every morning. And it was – it is – but I didn’t figure in how much of a pain in the ass this elf nonsense would be, or how much time it would suck out of an already busy month.
My son is ecstatic every morning when he wakes up, he wants to see what the elf has done, and he tells everyone all about it. What he will never know is that I was up until midnight trying to make elf miracles happen, because I am neither crafty nor full of ideas this close to Christmas.
Here’s the typical steps to having an elf prank that is okay at best but rarely awesome. Keep in mind, this is done EVERY NIGHT:
Step 1: Spend hours – and I mean hours – thinking up an idea. It must be an idea that you didn’t do last year OR it must have a new twist from last year’s idea. The idea must be amusing and something fun he can brag to his friends about.
Step 2: Spend time during dinner making and bath time attempting to figure out how to execute the idea you had while Googling ‘Elf on the Shelf Ideas’ instead of working all day. Get so engrossed in this that you burn or cut yourself and forget to make your child wash some critical part of his body.
Step 3: You are already exhausted from thinking about the elf all day. Glare psychotically at the elf every time you pass it and start counting down the hours until your child goes to sleep so you can get on with this elf nonsense. And keep in mind, the child must be legit asleep. Otherwise you will be caught and then you have ruined Christmas.
Step 4: Put your child to bed, wait, start to sneak in to get the elf and get on with it. Hear “MOMMY!” bellowed from bedroom. Child has tricked you. Pretend you were doing something mommy-related and not elf related. Tell child to go to bed. Curse under your breath because you were tired when you got home, and tired when you cooked dinner, and you’re fucking tired now, but you have responsibilities to make Christmas magical, and that elf (unfortunately) isn’t going to move itself.
Step 5: Child is finally asleep. Confirm this by turning off Gremlins, which he insists is a Christmas movie since it takes place then. Whatever. The movie goes off without protest, which means child is fully asleep. Since you have been planning for eight hours, you know exactly what the elf will do. Attempt to do it. Fail. Attempt a different way, fail harder. Google and Pinterest it, try suggestions, fail once more. Now full of rage, start to panic. You are beyond tired now, what in the name of all of the fucks will you do with this elf. The child is older now, so it can’t be lame or he will call the elf out on it and the creepy “he reports to Santa EVERY NIGHT” threat will no longer work with an elf he doesn’t respect.
Step 6: Think of thing that is less cool than the first week, and less cool than what you decided to do that day. Right the shit up the best you can, head to bed. Get comfortable and start to finally, blissfully, dose.
Step 7: Hear ruckus, cat has decided to touch the elf which was posed just so, so that it could be propped up against something to keep him upright. Elf has fallen and the world is in chaos. Fix elf, it looks like shit, call cat horrible names and hiss at him while he stares at you, nonplussed. Finally get elf back to some sort of interesting pose, threaten cat who is still not scared of you in the least.
Step 8: Stomp off to bed, stepping on Lego, busting toe, tripping on sock, etc., on the way. Think hate thoughts about the elf and wonder if I said it ran away if it would be met with as much concern as when Rosie the Betta fish died several months ago (minimal concern for sure), but know in my heart it will not and that my child will lose his mind. Go to sleep with visions of elf posing ideas tap-dancing on my brain. Hate the elf but am resigned to several more years of him. Try not to cry myself to sleep.