Posted by Julie Lachtay of Suburban Misfit Mom on September 5, 2017 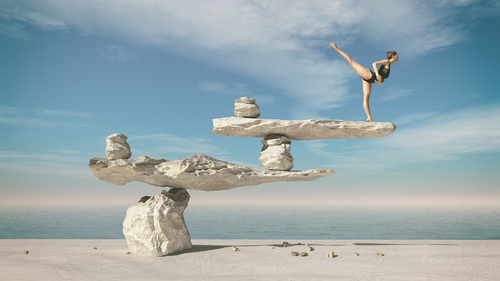 Okay so diving straight in to magic might be too big a leap for you. How about ‘holistic’ or ‘natural’, ‘alternative medicine” if you feel more comfortable with that? It doesn’t really matter what you choose to call it. It’s all magic.

I was raised Atheist, grew up in a very dysfunctional family and went on to battle anxiety, depression, and toyed with suicide and being homeless. Believing in the Creator and magic was not my natural state of being. You’re pretty much up to speed now.

These days I’m one of those super positive people, almost always happy, rarely worry. I get to live in the magical city of Istanbul. I write, occasionally still coach and I’m a Theta Healing® practitioner who has just started creating my own Sacred Soul Awakenings.

I feel it’s time to fill in the gaps in this tale. I was on medication for depression and anxiety. It made me stop wishing I was dead and gave me the will to shower and brush my teeth daily. The medication did not help me other than that and it did not make me better. I had a few sessions of Cognitive Behaviour Therapy which really put things into perspective for me. I was instructed to write down everything I did-in two hour intervals- for a week and then to rate each thing out of 10 for enjoyment and achievement. This was life changing. I had spent my life up until that point believing that unless I could do something brilliantly, that it was a waste of time and as I wasn’t that good at anything I was a waste of time. You can see how I spiraled downwards from thinking such things.

Suddenly in black and white I was able to see I’d really enjoyed crocheting a circular cushion even though it curled up in the middle and I failed to flatten it. I also started to understand how I would CHOOSE to wipe out the fact that something had made me happy and focus on the outcome which wasn’t what I’d hoped for.

This led me to learning about the Law of Attraction and the understanding that our thoughts and beliefs create our reality. That we get exactly what we believe we deserve and are worth. However, I still struggled. I’m sure you’re all familiar with this discourse by now but what if you really really want to live a fabulous life jetting around the world taking vacations whenever you choose, living in luxury but you actually live in an apartment the size of a postage stamp and you struggle to pay the rent each month. You’re expected to believe your are choosing this. That’s nuts, right? Who in their right mind given the choice would choose poverty and struggle over wealth and an easy life?

Most of us. This is the honest answer and I’ll do my best to explain why. Our subconscious basically controls every aspect of our lives but we are mostly unaware of what’s going on in that powerhouse. So, on the surface you might absolutely believe you are awesome and amazing and deserve nothing but the best but there’s a belief stored away, hidden from you which is totally opposite to that. In Theta Healing® we are able to connect to your subconscious directly. In a session once I am connected to the Divine and channelling the healing I will be able to see what these beliefs are and where they came from. The really crazy cool MAGIC is that I can then change your beliefs and watch your life change as a result. I’ll give you an example.

I’m not a fan of domestic animals. I don’t understand the appeal of having something furry, smelly and demanding living in your house that prevents you going on spontaneous holidays and extended day trips. I can almost hear you all gasping and judging me. As a nanny I worked in a lot of people’s homes. Families often have pets. I was extremely allergic to animals- cats and dogs mainly. Within minutes of walking into a room where one lived my eyes would sting, my nose would itch. I would have trouble breathing. My face would break out in a painful, unsightly red rash. This allergy was not real. I had chosen to be allergic to animals because it was socially acceptable to turn down job offers and dinner invitations if I would suffer so horribly but not to say, “I’m not coming to your house because your dog grosses me out.”

The universe has a way of bringing things up when you’re ready to deal with them. I found myself in a very tight spot financially and really needed money so I decided to do some temp nanny work. Every single job I was offered was in a home with pets. Suddenly this allergy was no longer serving me. I realised why I had created this belief and I cleared it. In minutes. I’m still not a fan but if you thrust your giant furry cat onto my lap I will not suffer in the least. I won’t ever come back though 🙂

I recently had a migraine for four days. I tried to sleep it off but the pain was unbearable. I tried caffeine. I meditated. I eventually made the agonizing walk to the pharmacist for pain killers. Nothing. My head continued to pound. As a healer I believe all physical symptoms and pain are a sign of something you need to address. I connected to Theta and connected to the pain. I asked what it was trying to tell me. “You know” it said cryptically. I didn’t. At first. I’m kind of stubborn at times. I was in a new relationship. I was certain he was THE ONE. Everything was perfect. SO WHY IS MY HEAD POUNDING? Oh,the smug voice of denial whispered. All my old insecurities and fears about relationships had surfaced. I was terrified he would get bored of me, would leave me, would see that I didn’t really deserve him and most of all I was petrified of admitting this to myself. I called him and told him I needed him to help shift my migraine. I explained I needed to know how he really felt about me and he put aside all my fears and my migraine VANISHED.

A week later of course so did he. You get what you expect and fear most. I’m still working on where those beliefs come from but I know I will find them and clear them.

If you’re still taking medicine regularly and not getting better; if you’re still talking to your therapist every week and your life isn’t transforming, I urge you to think outside the box and try magic. What have you got to lose? Reiki, Acupuncture, Reflexology and a host of other ‘magical’ healing modalities have been around for centuries in just about every culture and continent. They have been used for so long because they work. Science is catching up and new articles pop up daily confirming that everything truly is energy and that we are all vibrating at different frequencies and that it is the frequency we vibrate at that attracts everything. Guilt has the lowest vibration, forgiveness one of the highest. What does this tell you about the way you are living and the emotions you are choosing?

I know people working with Theta, Sacred Soul Awakenings, Access Bars, Light, Crystals, Angel Reiki and all getting amazing results for themselves and their clients. Be open, be kind to yourself and try something magical.