Posted by fiona trafton of Suburban Misfit Mom on October 3, 2017 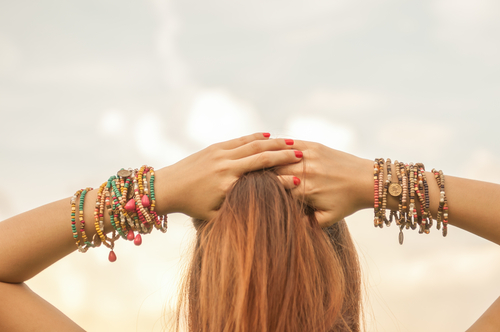 We are living in a world where inequality between the sexes is omnipresent. A man who was caught on tape boasting about grabbing women’s genitals managed to become President of the United States. His rhetoric was also defended so passionately by some, in spite of the seriousness of sexual assault, and the emotional scars that such behaviors leave on victims.

Yet, he still won. What is it the kids of today say? #facepalm

It is not the intention of this article to provide commentary on the US presidential election. Trump’s attitudes and views are well known — he doesn’t exactly keep his thoughts close to his heart (or off Twitter)! Like many people in the US, I decided to tune out from the vicious spats between Trump and Clinton — neither was going to convince me any more, or any less, who I would rather have in the White House. The race did, however, make me re-think my views on feminism, and in particular the broad movement that advocates for the liberation of women, from the social order that often places women secondary to men.

I am still a feminist, but I have my concerns with the current movement, or, at least, some within it.

In recent years, I have started to really consider where I fit in. I will be honest, I have struggled. The older I have got, the more I have started to view aspects of the modern feminism movement as petty, embarrassing, and wholly reactive to the overall cause. My teenage self would probably be appalled at my (somewhat) mature approach to gender inequality, and call me a “complete sell out”. I repeat, a “complete sell out”. I was very fiery when I was in college, after all.

Contrary to what my teenage self would think, I am not a “sell out” — I am merely more realistic. One of the cardinal lessons that I have learned, in recent years, is that when it comes to feminism, there is no one single voice — but a multitude (and a multitude within a multitude). I personally never used to consider this in much depth, which proves just how small my world used to be as a vulnerable teenager, growing up in Scotland.

Today, I consider myself an intersectional feminist, and welcome input from a range of people, irrespective of their gender, sexuality, social class, culture, and country of birth, for example. Too often the modern face of feminism is that of privileged women. To see a movement only through a narrow lens is reactive — as a society, it will not get us very far. Not far at all.

For example, I am not a fan of the portmanteau “mansplaining”. In fact, I cringe at it. The term is often used to portray men as being ‘naturally’ patronizing toward women, irrespective of their skill, knowledge, or education in a given field. I have certainly faced my fair share of condescension from men, but also from others too. Not every male-female interaction is a power struggle — so it is no surprise that some men take credence to such a term, and feel the labelling is unfair. Dominance and submissive behaviors are realities of our society, and they go beyond male-female dynamics. For example, there are plenty of middle class women who could be accused of being condescending toward others who they perceive are of a lower social class, or less educated. Others face discrimination in society due to being disabled, or because of their religious beliefs, or color of skin, for example. Thus, “mansplaining” is a hollow term, and it is over used.

In recent years, there has also been some campaigns that have conjured up bad PR for feminism. The Ban Bossy campaign is one in which I have been critical of in the past, and remain so. In many respects, I do take my hat off to those who are involved in the campaign, because I can rationalize where the idea has come from. There is enough evidence out there that many girls have less self confidence than some boys, and part of this is due to early socialization. The confidence gap is real, and it is an important issue to address in society. Boys are often referred to as “leaders”, whereas girls often get called “bossy” if they show any signs of being assertive (i.e. leading). While I applaud the campaign for their awareness on this issue, I stop short in suggesting that we go around calling on some words to be eliminated or ‘banned’ from common day use.

How about re-appropriating the term? It wasn’t that long ago when words such as “nerd” or “queer” were viewed wholly as pejoratives, and thrown around by bullies. Since the success of TV shows such as The Big Bang Theory (2007-), being a “nerd” is actually considered quite cool. After all, (so called) “nerds” have designed our SmartPhones and continue to develop the technology that we often take for granted. Bill Gates is a “nerd” — and what a career he has had (not to mention his wealth!) Similarly, many men and women who are LGBTQ+ declare themselves as “queer” or identify as a “queen” — many have decided to ‘own’ the term, and not let it be a negative imposed on them. To a lesser extent, some lesbians have started to re-appropriate the term “dyke”. It is quite possible the same will happen with the term “bossy” — but we will have to wait and see.

Another reason that has put me off aspects of the modern feminist movement is the sheer amount of pettiness, hypocrisy, and immaturity on display. There are also plenty of (so called) feminists who are horrifically nasty toward other women. One notable occasion was following Ryan Gosling’s 2017 Golden Globe speech, when he accepted his award for his part in La La Land (2016). He merely thanked his wife for staying at home while he worked on the project, and this led to a pathetic outcry from some who came to the conclusion that his speech was an example of blatant sexism. Eva Mendez’s decision to stay at home was likely a personal choice, she made with her husband, and nothing to do with unequal power relations in the household. Once again, feminism got all the wrong headlines — again.

Emma Watson is another well known celebrity who faced a brutal cat fight on display, after she made the decision to pose semi-nude for Vanity Fair. The fact she showed a little bit of her breasts, seemed to make her unqualified to speak on behalf of feminism — according to some. As long as someone is not coerced into posing in such a fashion (no pun intended), is there really a problem? In my opinion…no. Skin is skin; it is nothing to be ashamed of. That was Ms. Watson’s choice, and parts of the Internet erupted over her choice. The key words are “her” and “choice”. Miley Cyrus also got berated by many because of her ‘Wrecking Ball” video. I, personally, just turned a deaf ear to the noise over her ‘costume’ decision. Her body, her choice.

It is beggars belief that feminism is meant to be about expanding choices, when so often some feminists shoot others down for simply making a choice. Women (and men) have the freedom to not identify with the movement, and they should not be shamed for making such a decision. The actress Kaley Cuoco, of The Big Bang Theory, once received a torrent of abuse when she declared that she does not call herself a feminist. The fact that she personally feels that her choices have not been limited based on her gender, is a view that she is personally entitled to. On one level, it could be argued that Ms Cuoco feels that way due to some of the successes of the feminist movement throughout the 20th and 21st century.  I may, personally, disagree with some of her finer points, but my name is not Kaley Cuoco. Her words, her choice — not mine.

If modern feminism really wants to be taken seriously, then the pettiness and cat fighting must stop. No wonder some women have taken a step back from the movement when they are often too scared to open their mouths. No wonder some are put off the movement when they fear that staying at home, to look after their children, renders them a slave to the ‘evil’ patriarchy.

The “General Strike” campaign, launched to coincide with International Women’s Day (IWD) 2017 caused a stir, and once again put aspects of feminism in a bad light. The campaign to call on women to take industrial action and not undertake any paid or unpaid work created a lot of negative headlines for the feminist movement. Many commentators criticized this move as being elitist and only for the most financially privileged. Very few women in the world can afford to just take a day off, or not be involved in any activities such as care taking. Many women quite rightly made the point that they faced being fired if they did not show up for work, and others questioned who would look after their children. There is a saying: “morals don’t pay the bills”. For the benefit of doubt,  I supported the core message of the campaign — many women, after all, are underpaid and marginalized in society. That’s a fact. However, calling on women to down their tools ended up being a PR faux-pas. It also made many female celebrities, who backed the cause, appear very out of touch with reality. Needless to say, IWD 2017 gave plenty of social media users something to talk about — that’s for sure.

In a nutshell, I consider myself a post-modern intersectional feminist. I believe in expanding opportunities and choices, not limiting them. I don’t favor censoring words that people use, or tolerate petty name calling or backstabbing. I appreciate that some victories have been won, but there are more battles ahead of us. I long for the day that some barriers are broken down, and that more women can shatter the metaphorical glass ceiling. However, for all of this to be achieved, the feminist movement needs to get both a little smarter and a little kinder (especially toward other women).

I am grateful to all the men and women before my time who helped to bring in crucial legislative and societal changes that I have benefitted from. However, I know more work needs to be done — a lot more work. That is where responsible activism comes in — and as long as there is something to fight for, there will be social agents there to carry the torch toward victory.

As the saying goes, carpe diem! 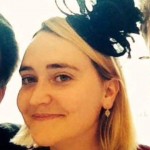