Posted by Amber of Suburban Misfit Mom on September 29, 2016 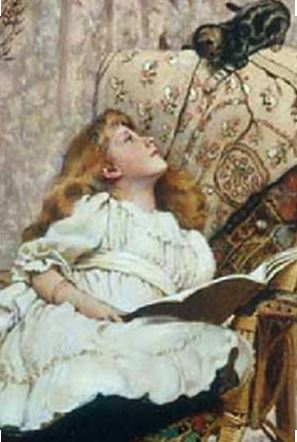 A few weeks ago, while reading to my three year old, he stopped me and said, “Mommy, you already read that a bunch of times!” What he meant was I had likely re-read the same page three times over without noticing because my thoughts were flooded with other things. In the last few months or so this has been a common theme. While reading bedtime stories to my sons, they will point out that I’ve re-read the same page. We always chuckle about it and move on. However, I know this is a red flag that I have been somewhere else far too often lately.

There are these moments of being so far gone in a thought, that you are the complete opposite of present. It’s as though you are stuck in the future and stuck in the past all at once and missing out on what is going on right before your very eyes. I know that I’m not alone in worrying/stressing/over-analyzing.  Who doesn’t need a little help with clearing their mind? This is why yoga and meditation have taken off so much in the last 15 years. Playing defense with the racing thoughts that invade ordinary and precious moments alike, is a gift I have longed to master.

I’m self-aware enough to tell you that I’m spacey and always have been. I’m like a lyric that would have fit in perfectly in the Alanis Morrissette song Ironic: “I’m bright, but I’m spacey; I’m detail- oriented but distracted, baby.”

There were even a few teachers that had contacted my parents to say I had seemed a bit distracted. This was mostly during my elementary years, which one could argue is pretty common. What I’m only realizing now in my late thirties, is that even as a child I could have really used meditation.

The other night, during a long conversation with my husband on how I am a slave to my thoughts, he suggested meditating. He does it from time to time and he seems to have really benefited.  I hesitated at the idea at first, fearful and self-doubting that I could even attempt to train my brain. In true form and without hesitation, he reminded me there is no time like the present and that he would lead me through the breathing right then and there.

So there we were sitting cross legged on the bed, knee to knee, focusing on counting the breaths and forcing the pesky thoughts out of our minds.

It was beyond freeing. My brain felt like I had washed it with some heavy duty soap when we had finished. That’s the best way to describe the experience. My head felt scrubbed, calm, and open to the world.

I’ve done it a few more times since then and it’s helping with my lack of focus. But a few times is not enough, and someone like me that is naturally distracted should be meditating once a day. Slowly, the control of the reins is being turned over. The only way to really benefit from this though is to stick with it.

Recently, I had a very stressful work day. I had also picked up both my kids late and they were bickering and crying in the car. When we walked into the house they were ever-so-sweetly (ha!) letting me know how starving they were and I had realized my lack of planning had resulted in zero options for dinner. My phone was ringing, and once I looked at the caller ID and realized it was important, I could feel my blood pressure rising. Head pounding, stress of the day in my shoulders, hungry kids wailing, important person calling…it was all just too much in that moment. I felt my neck and face get hot, I felt the anger bubbling up to the surface and knew I was about to erupt. Then I remembered the meditating and stopped short of roaring. I temporarily satisfied the kids with a snack, turned on the TV for them, and went into my bedroom for a little less chaos. I did about 3 -4 minutes of breathing and clearing my head before getting interrupted by one of the kids, but it was enough to give me the peace in my brain I needed to get through my evening without having a meltdown of sorts.

That feeling of clear-headedness is addicting. It changes your whole outlook on the day. It even gives me this sort of “I love you man” vibe toward any human in the nearest vicinity. Beware, I may hug you or smother you with mushy talk while in my meditative afterglow.

I remind myself daily that I had better stick with this.  I might try it out with my seven year old who also struggles with focusing. Knowing that it could have helped me at a young age, it definitely can help him as well.

Because sharing is caring- if you are feeling scattered, distracted, or spacey,  I say to give it a try. It’s the one organ we can’t simply turn off for peaceful rest and recuperation. How ironic is that? We have to work really hard to rest our brain! Coincidentally,  it’s also the one piece of us that needs a cleanse the most. Maintaining that focus on repairing the part of my body that needs it the most is really helping to keep those moment stealing distractive thoughts at bay.