Posted by Michael Badger of Suburban Misfit Mom on April 19, 2016 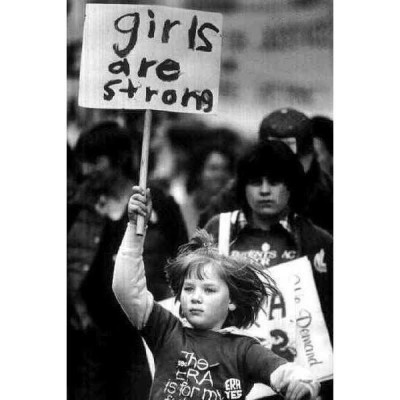 We were sitting around the dinner table the other night when I brought up an interesting story I had read on PBS. The story was about a brilliant 22-year-old Harvard PhD. candidate who is being hailed by NASA as the next Albert Einstein. This fascinated my 8-Year-old daughter Emmylou who is a voracious reader and lover of all things science. She listened intently and wanted to know more about this young scientist. I recounted how this millennial is tearing up the physics world by researching black holes, quantum gravity and space-time. “Who is he,” she asked. I furrowed my brow and looked at her. “What’s his name,” she asked again. I was confused, I was sure I had mentioned she was a woman. “Why do you assume it’s a he,” I asked. “You mean she’s a girl?” My daughter exclaimed, her eyes widening. “Yes, a woman named, Sabrina Pasterski,” I said. “Sabrina?” She repeated the name back to me quizzically as if I’d somehow gotten the story wrong.

Why would my daughter instantly gravitate to the idea that the next Albert Einstein is a man? Yes, Albert Einstein was a man but there have been significant contributions to science from women and that is something we’ve discussed. Is it because girls are taught at such a young age that there are gender roles they should assume? Well, yes. The media, her peers, even her main role models, my wife and I, are responsible. Even as I recounted the story I read I was seduced by male terms of endearment referring to Ms. Pasterski as “NASA’s Darling.” It slipped out and I didn’t even notice it until my wife pointed it out. Had it been a 22-year-old PhD. candidate Mr. Pasterski I would have referred to him as NASA’s wunderkind. I have to remind myself that the conventions of my generation still have an impact on this generation.

I started quizzing my daughter; I wanted to make sure she knew that women have just as big an impact on the world as men. I asked my daughter to name some strong female role models that have a positive presence in her world. Strangely she named a cartoon character as one of her role models, Twilight Sparkle from the My Little Pony series. At the risk of sounding like a Brony (I’m not a Brony!) I actually know who this character is. In the My Little Pony cartoon she is a strong independent pony—stronger and more capable than her male counterparts. After being a little stunned that I know who Twilight Sparkle is I began to see that there are plenty of role models out there. We just have to look a little harder sometimes because unfortunately we still have the low hanging fruit of pop culture that saturates our children’s world to contend with. I don’t know about you but I could do with less Kardashian and more Malala Yousafzai. The vacuousness of pop-culture is everywhere. It oozes out like oil from every media source—from The Disney channel to pop music. That’s not to say that pop stars like Katy Perry, Taylor Swift and Arianna Grande aren’t strong women, and I’m not saying their brand of strong mixed with sexy is bad—quite the contrary. But younger girls need to see talented, smart, outspoken and independent women who don’t need to brand themselves as sexy. I mean why can’t Katy Perry Roar with some damn clothes on?

Arguably, the misogyny in television and music is better today than when I was young. In my youth it was not only allowed, it was encouraged. Hardly a single music video got made in the 80’s and 90’s without a scantily clad woman strutting through the video. TV was even worse. Remember the constant barrage of fat jokes hurled at Growing Pains actress Tracey Gold that gave the actress a real life eating disorder? Clearly, things are changing for the better. Now if we could just dump that “In my day,” way of thinking, maybe our girls wouldn’t have to fight so hard against old stereotypes and systems put in place to keep women from reaching the top.

So knowing what we know now, why do we still we allow the media and outdated social mores to plant gender biased ideas in our daughter’s heads? From a young age they understand that they’re much different than boys and when they become teens and women we pay them less, we scrutinize their looks, and we tell them they’re too fat or too thin. We give them unobtainable goals and do little to curtail the unreachable expectations they place on themselves. Maybe we have gotten better with each generational shift but from a father’s point of view, we have a very long way to go. I believe it is every father’s job to point these imbalances out, to right past wrongs, and to make sure every new generation of women has a level playing field.

Lately I notice my daughter showing more interest in strong women; women that inspire, women that mix strength with talent and artistry. Some of the women my daughter has shown interest in are Pakistani Education Activist Malala Yousafzai, First Lady Michelle Obama, competitive sport climber Sierra Blair Coyle and singer/songwriter, Solange Knowles. I even turned her on to some women from my generation that fronted prolific bands and snarled Grrrl Power. I was lamenting to my wife one night, “Where are the Fiona Apple’s and Tori Amos’s for Emmy’s generation?” Emmy’s ears perked up, “Who are they,” she asked. “Oh sweet Emmy,” I said, “Take my hand and I will show you what Grrrl Power is.” As I set the needle down on a Breeders album I looked at my daughter. Yes, she’s growing up in a world designed by men, but I can see in her eyes that she has some designs of her own.