Posted by Jill Wexler of Suburban Misfit Mom on July 13, 2016 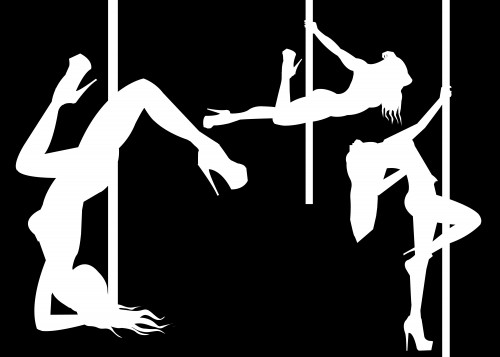 An Open Letter to the Y Chromosomes

Hey Y Chromosomes?  Yeah, you men.  I have a quick question for you.

Tell me what you think of when I say these words: “It’s girls’ night tonight.”

Okay, obviously I can’t hear you, but I can pretty much see that gleam in your eye, that twinkle of excitement as your eyes widen ever so slightly.

Don’t try to deny it, Y Chromes.  You felt a tiny little rush of anticipation, didn’t you? DIDN’T YOU?

Good fucking grief.  For nearly a decade now, I have spent several hours, whether day or night, with one or more girlfriends nearly each week watching fabulously adult tv shows, like True Blood, Rome, The Tudors, Outlander (yes!) and others.  And I cannot tell you how many times the below conversation has happened over the past decade, as a male friend, acquaintance or neighborhood security guard (my friend lives in a fancy neighborhood) asks with a twinkle of anticipation in his eye…

“Do you get dressed up?”

“Um, no, we usually come straight from work, but if I go home, I throw on comfy clothes.”

“Really, you just watch tv? Is there alcohol?”

Okay, so not all of that is standard operating male procedure.  But that first one is a guaranteed question, along with that twinkle of anticipation.

I realize there are things out of your control, dear Y Chromosomes.  Men appear to have no control over what their dicks WANT. It appears to be a non-negotiable trait inherent to the DNA of the Y Chromosome itself.  And based on years of seeing male reactions to those four words, I genuinely feel like all dicks cannot resist the idea of two or more girls enjoying each other (notice I didn’t say “enjoying each other’s company”…oh no, that’s a whole other ballpark).  I accept this as fact now and just play along.

So, Y Chromosomes, tell us what this is about please.  Because seriously, I may accept it but I don’t really understand it.

Side note:  I feel like this particular situation just isn’t the same for us females; feel free to argue but watching two gay men go at it might catch my attention but…it’s not something that sexually arouses me.  When you say “going to hang with the guys,” I’m not automatically picturing you naked, holding a beer in one hand and your pal’s dick in the other.

In fact, that actually disturbs me more than I realized, never having actually put it down in words before.  Not that I think that potential situation is wrong, per se, just…it doesn’t do it for me, you know?  I feel like I would laugh uncomfortably rather than heat up in my nether regions.  You know what?  Let’s move away from this image and back to the original vein of thought, shall we?

If it’s not voyeurism, maybe that glimmer in your eye is simply connected to your manliness…maybe you envision that the playful-pillow-fight-turned-naked-fun will devolve into some sort of brawl and you’d have to step in and separate us.  Take charge.  Be a man.

Oh wait.  Is it that, in your fantasy of two or more girls naked and enjoying each others’ deliciousness (with pillows obviously), you think that one or all of us will turn to you and beckon you in?

Do you think that suddenly these naked women, who are enjoying each other so thoroughly, are going to want to share your dick, assuming of course that they want a dick at all?  I’m envisioning the birds in Finding Nemo chanting “mine, mine, MINE, mine, MINE…”  Is it the possibility that you could join in the fun, with many girls fawning over your dick?

I realize it’s just fantasy and I admit to sucking at fantasizing.  And as I’ve not been in a naked playful situation with another girl or more, I guess I’m just projecting my thoughts here.  But I feel like if two or more ladies are enjoying each other in a sexual way, your dick is not needed and most likely not wanted.  I say “most likely” because I honestly don’t know.  Plus, “most likely” leaves a sliver of hope open for you; I don’t want to crush all of your fantasies.

But I hate to break it to you men, but not all of us are bisexual or lesbians.  No, really.  That’s not what the “XX” chromosome means.  I realize I can lecture you on this for hours and it won’t change a thing.

Anyway, dear Y Chromes, if you can’t answer the “why” except to shrug your shoulders, then it’s okay.  But just know that I’ll continue to give a small, playful smile anytime I say “It’s girl’s night tonight.”