Posted by Lisa Clark of Suburban Misfit Mom on March 15, 2016 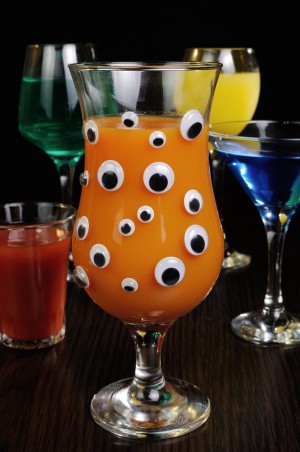 Most of you reading this probably thought : Grapefruit Juice, Yes!  A new and fast approach to losing weight.  I know that’s what I’d think if I saw an article titled as such because I’m always looking for new ways to shed some weight.  Fast and easy ways because who has time for three hour workouts?  Not me!  Unfortunately, the only true way for me to lose weight is to watch what I eat and to walk five miles a day!  It’s a blessing and a curse!

As I sit here editing my thoughts on paper I wish I had a glass of grapefruit juice right now.  Not sweetened and not pink! Just sour, cold and refreshing grapefruit juice from a glass bottle.  No stinking plastic bottle because it just isn’t the same.  And yes, I just made that sour face thinking about the cold and sour juice touching all my taste buds.  I love grapefruit juice and the thought of drinking it makes me happy and sad all at the same time.  It brings back a flood of emotions I cannot explain but, I will try.

Growing up in California had it’s challenges.  My mom and dad pulled me away from all my friends and school because we needed a fresh start and Hollister was the place to begin, according to them.  I was not a happy camper to say the least and to make it worse they had to bring my pesky little brother.  Why they couldn’t just leave him behind was beyond me but, whatever.   He was about seven and I was twelve.  I was the baby until he came along and just ruined it all for me.  Anyone who has a younger brother probably knows my pain.

Anyways, during the week was always hectic for us.  Dad had his own roofing business and woke up at the crack of dawn.  He had this really annoying habit of clanking the spoon against his cup as he stirred his coffee.  He did this every single morning and not shortly after -like clockwork- I could hear mom yelling from her room, “stop clanking your spoon!” Then I knew it was time to wake up.  Mom didn’t wake me up; I was trained to wake my ass up pronto as soon as I heard her yelling at Dad or face her wrath.  No thanks.   Then it was the mad rush to get ready for school. Monday through Friday we had the same routine.

Dad worked most weekends and mom stayed home with us and we had some crazy adventures. When I say adventures I don’t mean we went to fun and crazy places.  It was more like an emotional adventure and ones you could never, ever forget.  We’d wake up early, eat cereal, watch cartoons, get our weekend chores done and get out the door to take our usual Saturday drive…to the liquor store.  Mom was a tough cookie so I rarely gave her a hard time about having to get ready.  I did what I was told or did what I knew needed to be done with no hassles.  Plus, she promised us we could get whatever candy we wanted if we were good.  We were all winners.  Sigh.

We rarely ever went to the same liquor store twice in a month.  It was a small town but we had quite a few liquor stores handy.  There were times we’d drive a couple of towns away so she could visit her friends who worked at some liquor stores she frequented a lot.  Wherever we went, my brother and I made out like bandits with a lunch bag full of mini candies.  Back then they were five candies for a penny.  So, yeah we were pumped full of sugar before we even got back home. It’s a miracle I didn’t get diabetes but now that I think about this, it could explain some of the issues with my metabolism.  Or not.  Who knows.

The drive to the liquor store was usually a quiet one.  My brother and I were excited about the candy while mom was looking forward to her first drink of the morning.  As soon as we pulled into the liquor store we got the same lecture about being good in the store.  Remember your manners and behave, she would say.  Then she would tell us not to tell dad.  It was our time together and we didn’t need to tell dad, she would say.  She also threatened us by saying she would never buy us candy again if we told dad and weren’t well behaved.  That was that!  We never said a word to dad.

In the store we were greeted with hellos and hugs.  My mom was very well liked and always made friends wherever she went.  She left us alone to pick out our candy while she talked with her friends and grabbed her large bottle of grapefruit juice and even larger bottle of vodka.  We usually stayed inside the liquor store for about a half hour.  It seemed longer because once we picked out our candy, we wanted to leave so we could start indulging.  I’m sure mom felt the same but didn’t want to be rude and not talk to her friends.  So, we had to wait patiently until she was finished and ready to go.

Once we got back to the car we got the same lecture again.  Do not tell dad or else!  And, before you dig into your candy I need you to do me a favor.  She would reach into her bag, pull out her big bottle of grapefruit juice and open it up.  She handed it to me first and said please take a big drink of grapefruit juice for mom.  I did as she asked because I actually liked the juice and I really wanted to hurry and dig into my candy bag.  Then she’d hand it to my brother and ask him to do the same.  We did this until the bottle was half empty.  Only then were we allowed to dig into our candy bags.

I’d watch mom as she opened up her vodka and pour it into the grapefruit juice bottle until the bottle was full with just enough room to shake it up.  She’d drink about a quarter of it before we finally left the liquor store parking lot.  Then we were on our way to do whatever she decided we would do for the day.  Most of the times we just went for a drive through the back country roads.   A lot of times we would end up at a Church where she would cry and light candles.  My brother and I would just sit there waiting for her to finish and not quite understanding what was really happening or why she was crying.

Sometimes, we’d visit my sisters.  Other times we would just go home but, whatever we did by the time we got home, mom was already drunk.  She would pass out and sleep it off before dad got home.  She did a good job of hiding her secret for the most part but, there were times she didn’t time our outings just right or dad would get home early.  Then the shit hit the fan and thus ruined the rest of our weekend.  Needless to say, I spent a lot of time in my room just listening to music, reading, writing or drawing.  There was a creek behind our house which led to a big patch of open land.  I would sometimes go for a walk out there and just get lost in my thoughts.

We did this same ritual every weekend for at least two years.  Until I got older and realized that mom had a drinking problem.  I wanted nothing to do with it anymore.  I wasn’t going to participate in helping her break her promises to my dad to be sober.  I was no longer the little girl who would drink grapefruit juice so her mom could fill the bottle with vodka and mask the vodka smell.  I was now the angry daughter and I didn’t want anything to do with her but I also loved her very much.  It was a very confusing and emotional time for me and to this day I still find it hard to talk about – or in this case write about – without crying.

I realize the dangers mom put my brother and I in.  The drinking and driving alone is scary to think about but thankfully, some infinite power kept us safe.  It’s the emotional taste that left me sour and scarred.  That was just the beginning.  The beginning of the downfall of a marriage, broken trust, disrupted childhood and the failing of the precious relationship I had with mom.  If I knew then what I know now, maybe life would have been easier.  Maybe, I wouldn’t have been so angry with my mom.   Maybe, I could have helped her by being more understanding rather than acting out.

But, I didn’t know a damn thing about it and it really screwed me up.  It wasn’t until after mom passed away that I started the journey of forgiveness.  Forgiving her and many other people in my life including myself.  I was growing up and I had to be responsible for the person I had become because of the anger and pain I felt inside.  It is a never ending journey and one I am still traveling on today.

A lot of people ask me – after hearing this part of my story, “Well, do you like grapefruit juice?” – My answer is, “Yes! I love, love, love it!”  From time to time my brother and I reminisce about this chapter in our lives and we just kind of laugh about our fondness for grapefruit juice.  We wish candy was still five for a penny.  We both experienced the same drama but we each dealt with and remember it so differently.  For the most part it is difficult for him to even discuss it and when I bring certain things up he tells me to shut up.  He deals with it the best he can and I deal with it the best I can.

Now, I think I will go buy myself a bottle of grapefruit juice and drink up!  Minus the vodka. 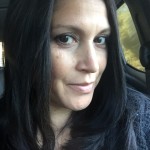