Grateful After My Dead Breakup 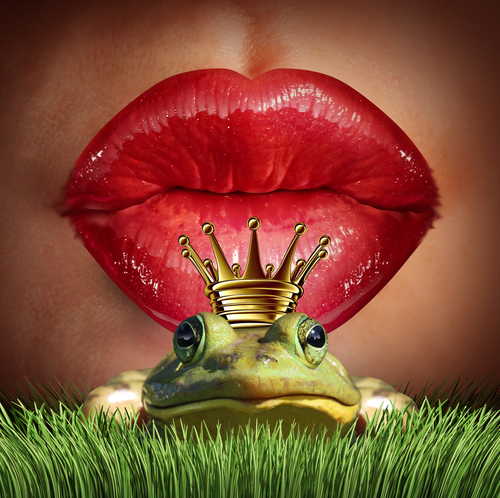 After a 16 year relationship with my ex-husband, a pretty tough divorce and a new sense of freedom like a bird that had been released from it’s cage… I flew into the arms of a man that rocked my world. He asked me on a date and 4 years and hundreds of dates later, we broke up. I had no intention to be in a relationship so soon after my marriage ended but the fun continued for so long and we were happy together. Throughout the course of our relationship those red flags would creep up on me. I was aware of them but made the decision, mostly consciously, to ignore them. Unfortunately the habits from my past had not been recognized. Lessons had not yet been learned. To break a habit, you need to be conscious of the issue and then work to change your behavior. No such work was done on my end. I was looking for fun, not work! Jumping from one very long relationship with my ex husband and into the next long relationship with my ex boyfriend, I never gave myself the time necessary to work on myself and uncover the areas that continued to come up for me. It’s no wonder history repeats itself. My ex’s were not the issue…. I was CHOOSING them in the first place and not giving consideration to what I wanted in a man.

The breakup with my boyfriend in many ways was harder than my divorce. Although we had our moments of uncertainty and ups and downs during the course of our time together, it was mostly filled with fun, excitement and companionship. We were partners in life. We helped each other through very difficult situations. Even though we both reached the same conclusion to end things, my ex was hurt to learn that it wasn’t a “break” but rather a break-up…. Something inside me knew that the relationship had run its course and the only option was to end things.

Today, I am left with many feelings but overall, I feel grateful for what we shared and our time together. I learned many things about myself along the way. I was taken on amazing vacations to far away places. We had amazing dates- often to sports events, concerts, festivals, fine restaurants and random drives to new destinations. I learned the benefits of being with someone who always had my back and would offer to do anything for me and take me anywhere I needed to go. He gave me a lot of attention, time and affection. He fixed some things in my house without ever being asked. He was always available for me and made time when he had none. He was a great boyfriend. And I know I was a really good girlfriend. I supported him through some very tough life events – death, divorce, work…. I shared my family and friends with him and he fit right in with all. I was loyal, loving and enjoyed making him happy.

When the time comes to the point where you know it’s not meant to be forever, it is easy to ignore. Why? Because it’s fun, it’s comfortable and leaving means facing the sad reality that what you had hoped for, won’t be coming true. In my case, I saw the future he painted for me. We would be married and live our lives happily ever after. So that was what I held on to because it felt comfortable and I wanted that happy ending.

Breakups are hard. They can be gut wrenching and painful. When people ask “what happened? You two seemed perfect together”… it’s hard to have to explain it. So I simply try and say that we ended things because we had fundamental differences. There is no reason to bash or talk trash about a man I loved deeply. I want him to be happy and find what he is searching for, just as I hope he wishes the same for me.

To be broken up is hard but I am learning to be grateful and dwell in the lessons I learned and the growth received from being with a wonderful man. I stayed longer than I should have, as those red flags appeared often. But instead of focusing on that, I choose to remember the good times and that makes me feel at peace.

Today I am working on myself and uncovering a lot in order to be clear on what I seek. I know Mr. Right is out there. Although I am not quite ready for him, as I have more work to do, I have an open heart and look forward to meeting him one day in my future. Until then, I am focusing on being in love with ME. And for now, that’s all I need.