Guess Who Is NOT Getting Mom of the Year…

Posted by Nathalie Laitmon of Suburban Misfit Mom on November 18, 2016 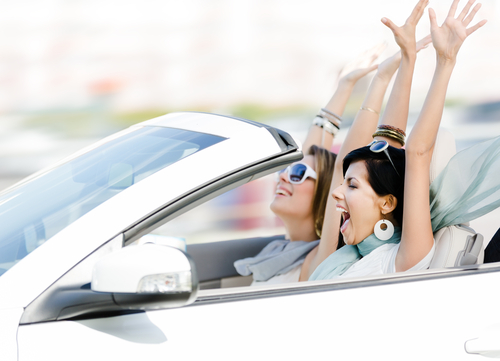 Well friends, if there was ever going to be a two way tie for crap-tastic mother of the year, it will be going to the Midwestern Misfit Mom Team Barrie Bismark and Kristin McCarthy. Between the two ranty, snarky moms there are seven kids, 8 million grey hairs (or more), several nervous breakdowns and countless parenting blunders.  In fact, there are so many parenting fails between the two suburban goddesses that it has taken a good couple of months to narrow down the Four Greatest Parenting Fails between the two of them.  No really.  It ended up being a very long and depressing list.

Without further adieu Barrie and Kristin bring you the top five stories which make them the world’s WORST mothers…at least in their self- judging eyes.

We lost my mother-in-law earlier this year. It was a tough time for everyone as she was very ill for a long time. She had decided that she wanted to be cremated and since her battle was quite long, we had many conversations with the kids about death and what happens after you die.

One day, my oldest (7 at the time) asked what cremation meant since he heard us talking about it. How do you explain that to a 7 year-old? Everything I read said to be as simple and direct as possible, so, I simply said “cremation is when you burn a body after someone dies instead of burying them at a cemetery. Grandma is in heaven now so she doesn’t need it anymore.” He seemed ok with that answer and didn’t really say much, so I thought I was in the clear. Well, what I neglected to explain was that there are people that do this at the funeral home when family is not present. This, I learned, was a very important detail for a seven-year-old. After the funeral was over and we all started packing up our things to leave, he said, “when do we go to the fire?” I was confused. What fire is he talking about? He proceeded to say “I thought we had a fire to burn grandma.” Well, shit. FAIL. Poor kid thought we had a bonfire in the backyard and threw grandma in. MOM FAIL. He spent days thinking about the “grandma bonfire”. I just hope he isn’t traumatized forever!

“Quick Shout out to BaKakee in Heaven…we miss you more than you know! I know you are laughing at this horrendous, morbid blunder! “

In hicksville, where I live, we go to parades for fun in the summer. We love to sit out along the side of the road next to the hot, black pavement when it is 90 degrees. We watch creepy clowns throw candy at our children, fire trucks, tractors, combines, and city royalty doing the princesses wave from their decked out floats…the whole shabang.

A couple of years ago, we took the family to one of these parades. We walked for blocks trying to find the perfect spot alongside the scorching pavement. The kids brought plastic target bags in hopes of filling them with candy. Since we have to get there early to get the best “spot”, the wait for the parade to start is brutal. My lovely little daughter (four at the time) just couldn’t handle it. She wanted her candy. Now. She just stands up and yells (quite loudly) “Where is the frickin’ candy?” Of course all the judgy, good parents turn and look to see whose child could have yelled out such profanity. It’s mine…Barrie Bismark’s daughter just cussing out the clowns for not throwing their candy to her faster.

Before you completely judge me, please know that I do know it is not acceptable for kids to swear (or to even say words that “mean” the same thing as swear words). I don’t encourage this by any means, but those of you that know me well are probably not too surprised. In truth, I probably wasn’t quite as embarrassed as I should have been. I mean…she dropped that bomb in the perfect context. Dare I say…she made mama proud? Okay, now go ahead. Judge away.

It was a beautiful, sunny fall day.  My middle child and my twin four-month-old love muffins were strolling to the elementary school to pick up my oldest daughter.  Ahhhh so blissfully domestic.  That is what it was SUPPOSED to be at least.  What it actually looked like was me huffing and puffing down the sidewalk with stinky old breast milk stains on my shirt.  My four-year-old was shuffling along at a sloth-like pace and we were going to be late…a lot late…again. We were just about to reach the school at pick up time, just one major road to cross and we were there.  I could see my second grader in the distance awaiting our arrival.  That is when it happened.  The middle child decided to protest life and could go no further.  She NEEDED to remove her cowboy boots and walk the rest of the way to school, through the road and back home barefoot.  Oh hell no!  I bent down to wrestle the cowboy boots out of her mighty grip and shove her sweaty little feet back into them when I heard a blood curdling scream.

I looked up to see if Armageddon might be approaching, because this was one of those primal sounds that cannot be ignored.  What I saw will be forever seared into my brain.  My twins and their stroller were rolling down the slopey sidewalk head on into car line pick up traffic.  I had forgotten the stroller brakes!  The scream had come from a nearby mother who was watching this scene unfold before her very eyes and jumped into action to save my babies.  Yeah, Suburban Batman developed super human strength and speed and made it to the stroller before I could blink my sleep deprived eyes.  As I registered what had just happened I looked around…at about one hundred cars sitting in the car line waiting to pick up their children.

Good news is the only scars that remain of this day are those of mom mortification.  The twins lived to see another day.  I made it to school, made it home and sat in the garage…crying.  Super job Kristin…next time let the child walk barefoot.

Who Is Watching Kristin’s Kids…Apparently No One

It was one of those rare occasions where my husband and I were about to put real clothes on, leave the house and talk to OTHER ADULTS…date night!  I was pretty excited to be getting all fancy-schmancy on this particular evening so I went out, bought a new Calvin Klein Dress, shaved my legs and asked my husband to watch our children so that I could go play with my hair in the bathroom.  Sure he said…no problem he said…take your time he said…

So there I was, curling eyelashes and hair, loading on the eyeliner and feeling quite lovely for once when I peered out of the bathroom window and saw the twins hopping about on the neighbor’s trampoline.  Oh that is nice, I thought to myself.  Hubs must have taken the babies out for a little fun time while I jazz myself up.  He is the best!  I went back to primping.  A few minutes later I  glanced out the window again to see the twins sprinting around the yard. Hmmmmmm, I wish he would put a coat on them, I thought to myself.  It’s forty frickin degrees outside.  Irritated I went back to beautifying.

Just as I finished up in the bathroom I looked out of the window once more.  The twins were still in the backyard COMPLETELY NAKED from the waist down.  Just like that it clicked.  HOLY MOTHER OF GOD HE ISN’T EVEN OUT THERE.  I race downstairs screaming slurs of nonsensical jibberish as I flew to the back yard and gathered up my twins.  Hubs looked confused and shocked as he had NO IDEA that they had opened the backdoor and escaped.  He merely thought that they were quietly playing in the adjacent room.  In fact he could not believe that they had been so peaceful.

Silence is NOT golden dear husband…and now you are basically dead to me.  I was raging.  He was stunned, embarrassed and probably a bit frightened.  What the hell is wrong with us that we can not even contain these small humans!  We are the worst parents in the world.  This friends was a dark day for Hubs and I…date night was a total f**king bust and the fear of nearly losing my babies out of miscommunication and assumption led to an increase in my anti-anxiety medication.

Well there you have it the Midwestern Misfit Mom Team Barrie Bismark and Kristin McCarthy mega mom fails. If nothing else at least we can amuse the general population with our epic fails and make most people feel better about themselves. You’re welcome universe.

Check out our blogs and follow us for more fun, snark, and monumental failures! Of course there is also much more to come right here on Suburban Misfit Mom!