Handing Over My Helicopter Keys

Posted by Michael Badger of Suburban Misfit Mom on June 15, 2016 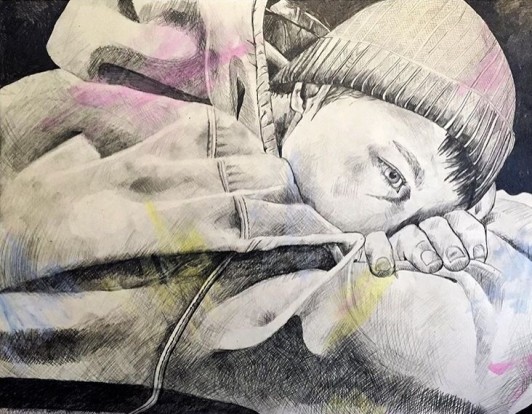 I watched her face twist from excited to disappointed as she began to realize the iPod advertised on the machine was not coming out. “It’s just a sticker,” she said looking up at me. All eight of her quarters had been swallowed up by the machine, which fired out a shoddy prize in return. She studied the sticker turning it over in her hand a few times as if it were magically going to turn into an iPod. She jammed the sticker into her pocket and began looking at the other machines.

“It’s called the bait and switch,” I offered as if my explanation was any consolation. “When I was a kid you put a penny in and a gum ball came out.” If she heard me she didn’t show it. She began twisting the knobs on the other machines hoping one of them would turn and I presume spit out an iPod. “At least we still have pizza,” I offered sympathetically. She walked slowly behind me eyeing the trove of goodies taunting her from behind glass. I had warned her the best I could but this was clearly a lesson she needed to learn for herself.

One of the hardest parts about being a parent is watching my children make mistakes. I tend to over-parent in these instances. It’s so hard to watch them struggle with a concept when I know I can keep them from making mistakes. What we know though from growing up is that kids all tend to make the same mistakes and learn things the hard way. But they do learn from those mistakes. The hard part I mentioned is learning when to let them screw up and when to step in and take the reigns. It has taken me years to learn to stop over-parenting. To quit hovering and offering suggestions for every little task they try to accomplish. I’ve learned that not everything needs to be taught by a parent. Some things they need to learn on their own. Yes, it is frustrating as hell watching Emmylou try to sweep a patio but eventually she’ll get it on her own.

Clearly there are things we must teach our children, especially now in the age of social media. The old standards still exist—don’t talk to strangers, don’t run with scissors and don’t eat yellow snow. But times have changed and today’s children must be constantly aware. When I was young we only had to be aware of white panel vans. Now the job of teaching our children to make good choices and spot danger has become arduous. There is danger around every swipe of their iPads. It’s an exhausting job and very difficult to strike a balance between scaring our children into never wanting to leave the house and letting them make a few mistakes.

We teach our kids to be skeptical, we teach them to dole out trust sparingly, we tell them cautionary tales so that we may in turn keep them safe… And after that, after our job is done and we deem them wise enough to go out into the world, we realize that we must now lament the loss of their childhood and their innocence. We prepare our children to do battle and then our hearts break when they harden for their journey. It’s an unfair cycle that’s been going on since our early hominid ancestors conditioned their children daily to avoid being eaten by predators. Except now instead of Saber-tooth Tigers, it’s white panel vans and the internet.

I’ve decided that I want our journey to be a little less arduous. I mean with all the lessons they need to learn about online predators and cyber-bullying why not let them learn how to take a tumble off a scooter on their own? I can instruct, model and actively encourage but sometimes all they really need is just a little sympathy when they fail. It’s not a perfect system and I am still learning where to jump in and when to take a step back, where to make rules and when to forgive when they break them. All the while I’m hopeful that I’m fostering experience that will allow them to learn on their own and won’t land them in therapy. So now when my wife makes chopper noises when I’m supervising too closely, I hand over the keys to my micro-management helicopter and let the “accidents” happen.

We recently went back to the pizza place where Emmy had handed over her hard earned money for what amounted to a 1/2 cents worth of trinkets. Even though she understood that she was being subtly scammed, she still went straight for the iPod. There was that glimmer of innocence. “You know you’re being scammed right?” I asked. She looked up at me and replied innocently, “I know, Daddy. But what if I win?” I handed her some quarters, “I guess you’ll have to keep playing to find out.”