Have You Ever Dated A Donald Trump? 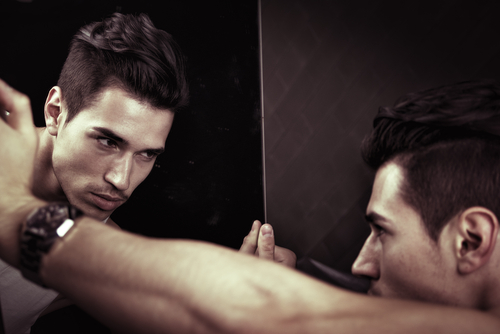 If you answered in the form of a screaming, WHAT-THE-HELL-ARE-YOU-EFFING-TALKING-ABOUT?? HELLS-NO! then hold on to your diaper, here’s a story for you.

(If you answered yes, then you know what I’m about to say. And if you answered yes, you’ve been hoodwinked just like me and lived to tell about it. Hopefully it only happened once and you never repeated that mistake. But you were blinded and caught off-guard, just like the American population that thinks Trump is a good idea. Just like me when I thought dating a Narcissistic Sociopathic Liar was going to turn into the romance of a lifetime. One for the books.)

He found me when I was about as vulnerable as I’ve ever been. He looked at me with his steely dark eyes and he penetrated me with his wit and his charm. He prayed on my eager heart and swooped me up and made me think I was the most important thing he’d seen all day. Everyday. For eight months. But not before he made me feel small and helpless, at every turn. And that was easy, because I was ripe for it. I had been in a few deadend relationships, living in suburbia and going to cheesy clubs with cheesy friends and being repulsed by cheesy guys. I’d been lonely and not sure how I was going to meet the man I thought I was meant to share my life with. We met online. He was looking for me. The me online, not the real me that he would meet later.

He was stunning. In every way. He was charming and successful and if I met him now I’d probably say, Yeah, what’s the catch? But back then we had a whirlwind romance and I was blinded but then he got mean. He put me down, never wanted to hear my opinion because he knew better. I would question myself and doubt my very impulse to break it off. I would defend him to my family. And then just before I’d get my strength back and get ready to run, he’d sweep in with the sweet talk. Telling me tall tales about our future, taking me to his favorite places, spending his money on me. Telling me vague half truths about how he “earned” his money in Real Estate. But convincing me, 100 percent that he loved me and he alone would take care of me.

I’m watching this man just like the rest of the world. I see him refusing to back down from a fight. I see him putting his ego over everything else. And I mean everything. Just about now people are starting to think, Is this man crazy? Now, a year later, after he’s already become the Republican nominee for President of the United States. And no one saw the signs any earlier. He just keeps the target moving so no one can slow it down long enough to start thinking about the reality of his disorder, it’s his coping mechanism. It’s easy pull the wool over an unwitting victim. In this case the victim is a decent portion of the Republican Party. Of course, Donald loves the “poorly educated,” they are the perfect target. And so was I.

One night I spoke up. When I told Mr. Gaslight that I felt so far away from him even when we were laying in bed together, he got up and threw me out. It was 3am and he told me he was sick of me and I needed to leave. He calmed down one single notch and insisted on taking me home, berating me the whole way. He told me his parents didn’t like me and I was getting fat. He ripped into my every open wound and tore it deeper. I went home, put his clothes and his Jack Johnson CD in the dumpster, I changed the locks and my phone number. Then, after I picked my self up off the floor (the real me did that) I googled Sociopath and Narcissist. I swear I saw his picture.

When it’s all over, Trump will make the voters who supported him feel like they were as dumb as he thought they were, because he will bail when it gets too heated or his polls drop too low. So consider yourself warned, in love and in life and in politics apparently. When you meet someone like this, stay far away.