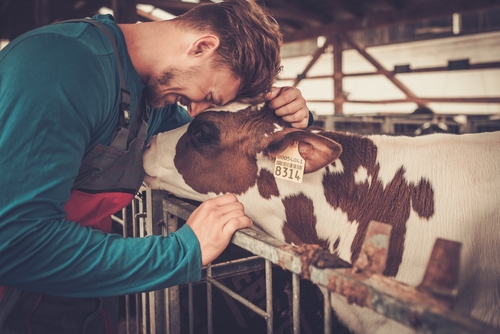 We lost my father-in-law this month. A man of 80 years whom I knew for 19 of those thru dating and then marrying my husband. “Mr. Juan” as I liked to call him was quiet and humble and I had a relationship with him probably like most daughter-in-laws. He wasn’t my father but I respected him as one as well as his role as my children’s grandfather.

I am watching my husband go thru grief that resembles my own just 7 years ago…seeing your Dad struggle then ultimately lose the battle with whatever illness he is facing can simply make you become lost. Here one minute, gone the next, and wanting him back in the same physical form as two years ago, is just not an option. Gone were the Father’s Day’s, “my parents” became just, “my mom” and one starts thinking about if you really lived the days that came before with them or did you not? There was a familiarity right away with my father-in-law passing and it gave me the ability to step back a bit, be a bit kinder and gentler with my husband because I knew at least from a daughter’s perspective, the pain associated with losing a parent.

Although you never truly heal, it is the most unexpected blessing I have learned, that my Dad’s own passing trained me to be right where and how I need to be for my husband during his Dad’s own passing. What an incredible and somehow unthought of benefit. That probably sounds crude but I’ll let you think of a better way to express it because for where I am in my life, that sits just fine with me.

Accepting the passing of a loved one doesn’t come right away. There is anger. Discomfort. A hole left once where their hellos would pass thru our ears and comfort the mind but I hear him. I hear Mr. Juan. The greeting followed by the laugh – one that I know meant, good to see you and my grandkids. One that I came to appreciate after a long work week for both of us, packing the kids up in the car and taking the trip down the I-95 corridor. Two weeks before my father-in-law passed, I sat with him as I had many times before to ask how he was doing. This time, I knew things weren’t good so instead, I asked, “Are you scared?” He simply responded, “No, not scared.” His family was – we were being left behind- but he wasn’t. Not Mr. Juan. I always love to include a tip in my writings and for this piece it is, don’t ever tell someone it’ll get easier, just let them know their loved one will always be thought of as will they. Furthermore later rather than sooner, it won’t be pain that bubbles up first but instead the memory of them. Someday you WILL smile first before the tears start.

The very night before my father-in-law passed, I stopped to pick up our favorite Italian dishes at a local restaurant. As I sat for our order to be prepared, one of the owners was singing a song that I knew to be one of my Dad’s favorites. You see, my Dad ALWAYS shows up in the form of a song. We both loved music, we loved to dance and that is where my love of all things musical came from (the dancing, concert obsessions, musical instrument playing.)   The owners and I got to talking and he was wearing a Mets hat (whom my Dad followed – the rest of his family are Yankee fans) which he said he never usually wore. I laughed and told them about my Dad and the song. They asked for my name and upon hearing it was Melissa asked if I had just called to ask about booking a birthday party for an 8-year-old on June 10th. Nope, not me but that’s the day my son turns 8 years old. I knew right then that my Dad was listening. He had heard me. The father and son owners went on to talk about their love of family and food (of which my Dad was such a fan of, being Irish there were a lot of culinary limitations) and so I told them about my Dad, his love of the Mets and Italian food and why that song was so important. Not knowing that my father-in-law’s health was now failing, the owner went on to tell me the story about the cow.

There is a story about the prophet Elijah and God taking the life of a prized cow from a family who depended on that cow to survive. Long story short, the cow died. When asked why the cow was taken which gave much more sustenance than the other animals God said, I could have taken your wife or children but I took the cow. All of the sudden, my reasoning for not getting angry when I became sick, became clear. I knew what else could have been taken away – my husband, my kids. But that wasn’t all. It was just enough to make me remember the significance of why we are here. Not to make money, or to live a “busy” life but to LIVE.

You see, whether it makes sense to you or not, I’ve had 7 years following my Dad’s passing to figure out the anger, the hurt and how my Dad was going to still show up in my life. I truly believe he listens to me when I ask him for help. I believe that because my mind is open enough to the possibility, it brings me the comfort I need. I had been asking him to help my father-in-law and to make sure he was one of the first to hand him a beer at the pearly gates. Credible to you or not, what’s the harm?

Life seems to have taken a swinging wide barreled bat at our families in the past decade and it wasn’t myself who first said, “why does life keep dealing you guys these blows?” As a matter of fact, I just thought that was how life is supposed to go. And, I’ll be damned if I live a life of uneventful evenness instead of one with peaks and valleys. What fun is it otherwise?

And, at the end of the day, remember… he took the cow.
Share 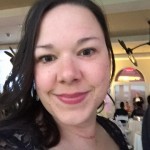