Posted by Kate Tunstall of Suburban Misfit Mom on December 25, 2015 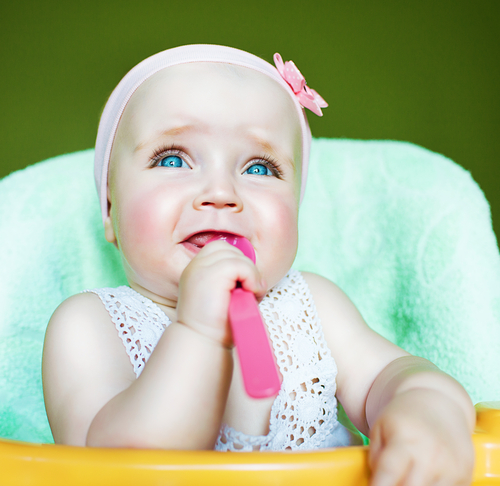 The first time a woman falls pregnant is pretty special. You pee on that stick, and wait for the excruciatingly g-r-a-d-u-a-l result to emerge: positive. And even though this new life was planned, and no matter how (very) much wanted – it is still a shock of substantial magnitude. Suffice to say I felt the blood drain from my face.  Keeping my teeny tiny baby company in my tummy was an enigmatic cocktail of hormones and emotions.

My husband and I had planned to wait a few days before taking the test together; but early one morning I woke up with a vague feeling that I may be pregnant. And I couldn’t wait. I told myself I was being silly, but it was no good – I wasn’t going back to sleep until I’d seen the result. Mind made up, I snuck out of the bedroom. I was fully expecting to casually mention my folly to hubby over breakfast later. Only when I checked the test after three loooong minutes – it was positive.

Overwhelming Wonder
So there I was, sitting on the bed in the spare room at silly o’clock in the morning, holding a pee-covered stick, with an amalgam of micro entities enjoying a shindig in my abdomen. There was really only one option…

Of course I marched into our bedroom and switched the overhead bedroom light on, eliciting such protests as ‘What in the name of all that’s holy… That’s brighter than the sun!’ etcetera. News imparted, we proceeded to partake in the only reasonable response to such information received in such circumstances: we both turned white and took a reverent moment of silence. And then with hands held and glistening eyes, we jumped up and down on the bed and squealed a lot.

Reality Sets In
Over the proceeding few months, we encountered many and varied a reaction to our news. But some frequent responses, which left us somewhat flummoxed, went something along these lines:

Not exactly supportive, huh? Particularly when delivered in an arguably menacing tone.

It was getting me down to such a degree that my default opening in most conversations was to vocalize my growing irritation, thereby thwarting any opportunity to panic me further. I let it be known that since it was too late to change our minds(!), I needed to be reminded of the reasons that we had made this life-altering decision.

Because frankly – I was becoming bloody terrified.

Terrorizing Pregnant Women
New parents are basically doing to mums-to-be the equivalent of telling small children Santa isn’t real. Essentially, in anticipation of early motherhood being difficult, they are sullying parenthood and tarnishing the transcendent experience of pregnancy. Which achieves precisely nothing – apart from the opportunity for a good moan, of course.

I recently bumped into a pal who told me that she now makes sure to let her pregnant friends know just how tough it is. She explained her noble intention of disabusing them of their misconceptions; yet went on to say that NOTHING can prepare you for the laborious undertaking of nurturing a baby. I didn’t want to appear provocative, so I simply smiled benignly. Because I do get it. Of course I do – I’ve done it; I’m doing it.

But I quietly noted the contradiction in her words. And since this is the only thing I can do in support of any naive innocent women, I felt compelled to write this post.

Redressing the Balance
So, pregnant and terrified ladies, amidst all the unhelpful prattle, here is what you actually need to be reminded of at this vulnerable time:

These are just some of the reasons that becoming a mother is totally worth everything else that goes along with the most important job you will ever do. The instantaneous support network that springs up around new mums is pretty awesome too. A friend best described it as akin to a secret club to which you suddenly gain access. ‘Tis true.

And remember – many of these women go on to have more babies. So it can’t be that awful, after all.

An Appeal
I implore my fellow new parents to join me in refraining from distressing the naïve. The rest can wait to be bestowed in the form of that support network I mentioned – after the baby has arrived. Besides which, unless mums-to-be have been living under a rock, I dare say they have some vague notion of it not all being hearts and flowers, and glamorous mornings filled with coffee and cake. (Though in my experience, there are A LOT of unglamorous coffee and cake mornings. And afternoons. And lunches. Essentially, when you’re breastfeeding, cake is acceptable at any and all times of the day, yes? No?)

So I say: Let the unsuspecting retain their naivety while they can! I shan’t lie to those who ask, but I shall endeavor not to burden those who don’t. Blissful ignorance is a gift to be treasured for as long as possible.  It’s one of the loveliest and most magical aspects of the entire process of having your first baby: those virtuous hopes and dreams you have for the future.

Have you encountered this inadvertent but insidious lack of consideration?  Or have you experienced more thoughtful reactions to your happy news?  Please share your stories.

[…] this was not quite literally the first thing we did, though if you’re interested you can read here about our immediate […]