How “Bexts” (texts from my babysitter) Keep Me on Fleek

Posted by Taylor Williams-Durant of Suburban Misfit Mom on March 31, 2016 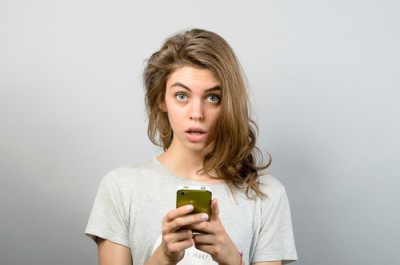 A couple weeks ago, this text exchange between me and my babysitter, “A”, occurred:

Me: Hey A, how was your weekend? Might you be available this Saturday evening? 🙂

Me (in my head): <<edit of first text>> Heeey gurrrrrrrl, was your weekend on point? (thumbs up emoji) Hope so — whaaat (toungue stuck out emoji, pizza emoji). RU avails this sat, or will u be rolling deep with your ‪#‎squad kicking your ‪#‎sqaudgoals hard, obvi?

And then I needed a nap.

Yesterday, this same babysitter let me know that she got into a coveted graduate program for Data Science. She’s no slouch. She doesn’t text this way because she thinks that way. She’s a mathematician. Anyway, she also told me that she was excited to go visit the university she’d gotten into because her own mother had spent a semester there, but had to leave early because “she’d really only gone to college to get ‘turnt.’” I laughed, but when A left my house, I immediately ran to Urban Dictionary because I had gone a good long while (read: forever) thinking that “turnt” meant something about sex. Turns out her mom just enjoyed drinking. Oh.

Another babysitter recently wrote me to say that she’d noticed that I’d gotten a hoop earring in the top of my ear and that I “should be proud of myself because it’s super hip!! :).”  Proud of myself? Because most of the time I wasn’t all that hip? Or because it was brave? Or because she felt that in reality it was kind of a pathetic “old gal” move but wanted to reassure me? My husband said I should let it go. But instead of doing that and mulling over these things on my own time and responding, “Hey, thanks!” – my response text was, “Haha oh you think? IT HURTS and I’m not sure it was worth it!! lol.” Why, Taylor, WHY!? Maybe because I’m not all that hip.

I love my babysitters. They are like a part of our little family.And I’m consistently surprised about what they teach me, how they keep me young in more ways than watching my children so I can have time alone. Besides being obviously helpful through caring for my kids, they put up with my neuroses (“I’m so sorry I explained AGAIN that the formula is organic!”), they allow me to be late, and they don’t get in a tizzy when I forget to go to the ATM. I am impressed by what they’re doing in their lives (Peace Corps, grad school, mentoring younger kids, etc.) I am inspired by their style. I’m in awe of what they keep up with as young women in our world – the pressures and expectations. I also look at them and think, “Damn, my young friend: how do you look so well rested and tan and fresh? You inspire me to dip my face in a vat of Botox and Vaseline. Damn.” Well, the real answer to my inquiry is “15 years, that’s how.”

I was always one of those women who felt confident that when I became a mom, I would never EVER lose track of what songs were popular on the radio. (Now I learn what’s popular through cover songs of said popular songs via my daughter’s Kidz Bop CDs whilst driving in the car.) I said that I wouldn’t dress too young for my age in an embarrassing way, but I’ll still keep it a bit sassy. (Now I buy tops that “make sure to cover my belly.”) And I refused to forget how to dance and be silly. (I’ve been putting off trying a hip-hop dance class for over a year because when I called to inquire about it and told the guy on the phone I was 33, he politely said that I was most certainly welcome, though most participants were “a good bit younger.”) Excuse moi, Sir, but I don’t think of 33 as “old”…but then I started to imagine these “good bit younger” women dancing skillfully like muscle-bound youthful fitness instructors in a rap video, all wearing gold velour thongs, or something. So instead of going to the class, I’ve gone to bed early. See?

But I like getting older, too. I really do. Despite my desires to remain “with it” (as my own mother might call it,) I’ve also always been moved by graceful aging. Taking it as it comes. Acceptance. The beauty that actually comes from age, not the avoidance of it. I’ve always been inspired by the 80 year old woman in my yoga class (who SCHOOLS all the rest of us younger gals, by the way); taken by the graceful white hair that some women choose to just let happen; taken by the 60-something-year-old woman at a recent retreat I attended who said she feels she’s more sensual and sexual than she’s ever been in her life. Cheers, Hot Mama, now that’s good and graceful aging.

For A’s birthday, I gave her a little something and wrote a card, which I – as the old broad – thought of as the more important part. (My mother taught me to hand write letters, even in our digital age.) Beyond wishing A the best on her birthday, I celebrated all she does for me and my kids. A said she loved it, and thanked me profusely and genuinely. But even cooler, I got this text from A later in the week:

“Hey T!! What up? Sooo I went home and showed my mom your card and she cried. Like she wept (rain emoji) — WATERWORKS!! (crying face emoji) She was like, ‘A!! You will NOT understand this until you have kids of your own!! Moms MUST have their time to feel like themselves! This is so special!!’ LOL (heart emoji)”

Then I wanted to cry, because her mother is so right. A has no idea how much it means to me because she is young and has other things ahead of her before this phase, if she is to choose it. But she will know it when it comes. I hope that my daughter sees A in her youthful enthusiasm, playfulness, and hope of the future, and feels inspired by her. I hope my mother teaches my daughter to write thank you notes and be “old school” when she needs to be. I hope my daughter sees and understands my need to take my own time away (the time she spends with A) – to be me: her mother, her mommy, her friend – but also a creator, a dreamer, a helper, a strong woman…a woman. A woman first, who is also a collection of other things in this world. I hope that my babysitters are some of the women in my daughter’s life that she can witness as all aging, gracefully.
I texted back to A: “Haha, thank you, A. That’s so sweet. (double pink heart emoji, raise the roof emoji) Might you be available this Saturday evening? :)”

And I felt perfectly on fleek.