How To Parent a Unicorn….

Posted by Becky Fuller of Suburban Misfit Mom on November 10, 2015 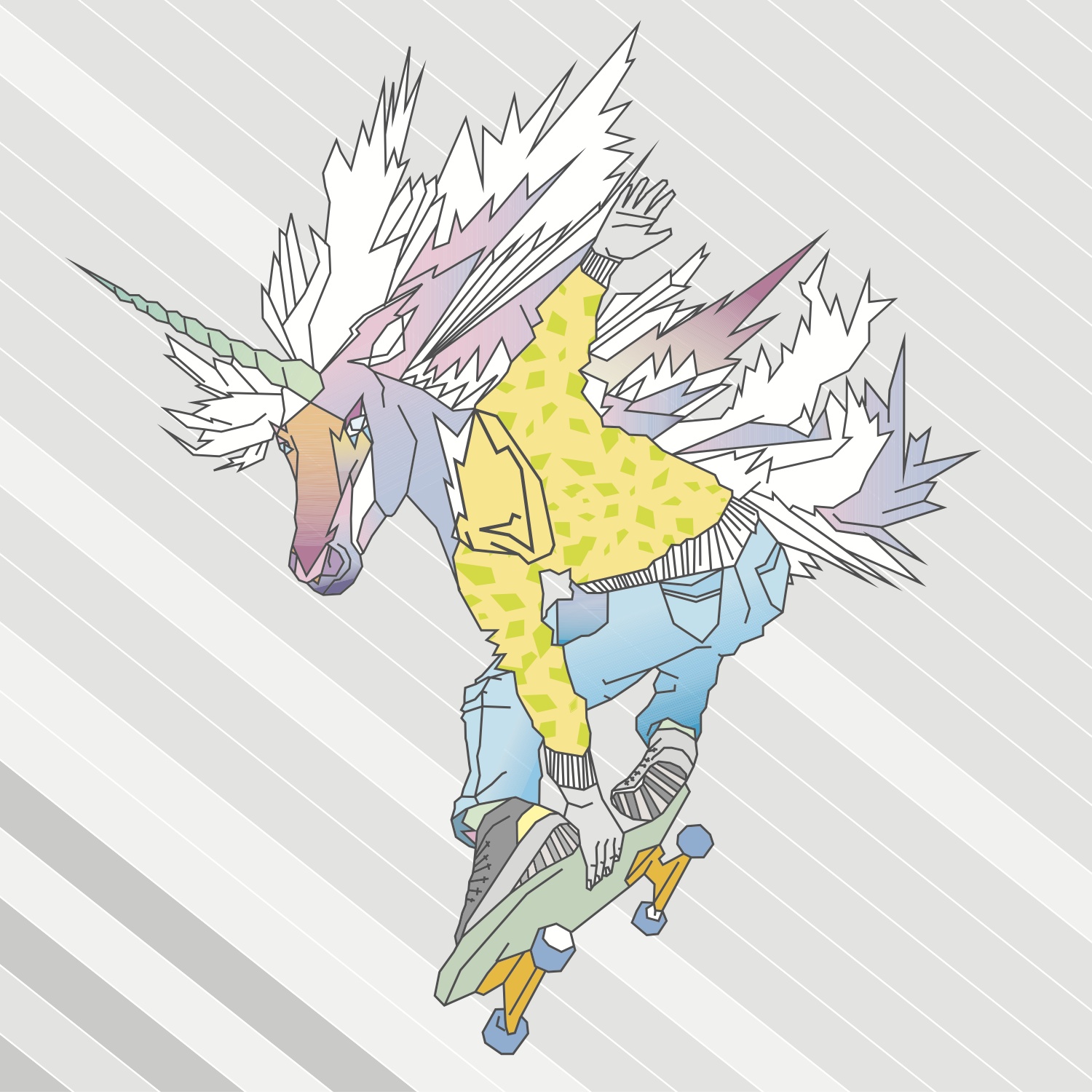 When my son was around eighteen months old, he became obsessed with Hello Kitty. At the time, my daughter was 6 and equally as fascinated with the small, white cat. I can remember pushing him around the grocery store when he saw some Hello Kitty sunglasses. He yelled (he’s not a quiet thing) “Kitty” at the top of his voice until, in one of those desperate moments we all have, I bought them for him.

He was ecstatic, and I figured it was because he wanted the same as his sister. Fine by me. As time wore on, he became more and more drawn to what I would have always called ‘girly things.’ Princesses, ponies, Minnie Mouse…and his love for Hello Kitty stayed.

By the time he was three, he owned several Hello Kitty t-shirts, a pink Minnie Mouse jacket and a Cinderella hair clip. That Christmas, Santa delivered Minnie Mouse and princess underwear, some more hair clips and some sparkly, sequined sneakers along with lots of ‘boys toys’ too.

Without me really realizing it, our son had planted himself firmly between two genders. Why hadn’t I noticed? Well, to be honest, he liked what he liked and he didn’t like what he didn’t like. It hadn’t occurred to me to mind, worry or express any concern whatsoever. I have raised three strong willed children, who are more than capable of expressing their preferences. My daughter refused to wear pants of any kind, my middle son expressed a dislike of soccer and my youngest son liked pearls and high heels.

Then I took him to a party. It was a Princesses and Knights party and my son went as Sleeping Beauty. It didn’t occur to me that this might cause consternation among other parents, but it did. It also invited unwelcome comments which mainly were along the lines of me being mean to force my son to dress as a princess. The most laughable thing was; if anyone really knew my son, they’d know that you cannot force him to do anything, ever.

My son is now nearly six, and still obsessed with Hello Kitty. He also adores Unicorns and wants one for Christmas. He has a great love for a great many things; Star Wars; Ninja Turtles; Winnie the Pooh; Minnie Mouse and Princesses. He dresses as he sees fit. Sometimes this is a Star Wars top with shorts and Hello Kitty sneakers. Other times it’s an Elsa shirt or Unicorn sweater. His shoes are always pink.

At present, his sole ambition is to own a unicorn. He is entirely convinced that we can go to Columbia and from there, travel to the cloud forests, find a unicorn and transport it back home. Simple. “I will ride it to school, mummy. Every day. I will let my friends have turns on it too, but no one is allowed to ride him if they’re rude. The Unicorn won’t like that.”

He also likes to be called a unicorn and we are happy to tell him that he is one on a daily basis. Why? Well, unicorns are magical, special and unique. That sums him up, and not just because he has a quirky and eclectic dress sense. He sparkles. If you met him, you’d realise that he is a happy little soul who bounces through life completely full of joy. He is always singing, dancing, and laughing. He loves his life and everyone and everything in it. His dress sense and love of all things pink and sparkly doesn’t worry me. He might grow out of it, he might not. Either way he will still be a huge blessing to our family and a ray of sunshine in our lives.

Other people’s opinions are no longer a concern. If passersby, friends, and even family, have a problem with how our unicorn chooses to dress, then that’s their issue, not ours and certainly not his. However, I do have one huge concern, and that is the way gender boundaries are still seen as such a big deal.

There have been small improvements; Amazon removed gender pronouns in the marketing of their toys, as did Target. Apparently people were concerned they wouldn’t know what to buy for their son/niece/grandson, not realizing you could actually ask the child what they like.

There is currently a post going viral about a dad letting his son dress as Elsa for Halloween. Yes, that’s a cool dad but really, this shouldn’t be anything out of the ordinary. It shouldn’t be an issue if your son wants to dress as a princess anymore than if your daughter wants to dress as Batman. They are kids! They have vivid, wild imaginations that we as parents need to nurture and help grow.

At no point should any child, regardless of gender, be told that something is not for them because of their sex. If your son wants his nails painted, let him. If your daughter loves science, praise her, encourage her and never, ever remark that it’s not usually a girl’s subject (happened to my daughter; not nice). Don’t make a big deal out of these things. “Oh look at me, letting my son wear a dress, aren’t I amazing?” Not really, no. You’re just a decent human being. Shop the girls and the boys sections for your kids with no thought as to how society will perceive them and in turn, your kids will be happier, feel free to express their likes, dislikes, thoughts and emotions and let me tell you, they’ll adore you for it too.