I am thankful for my divorce 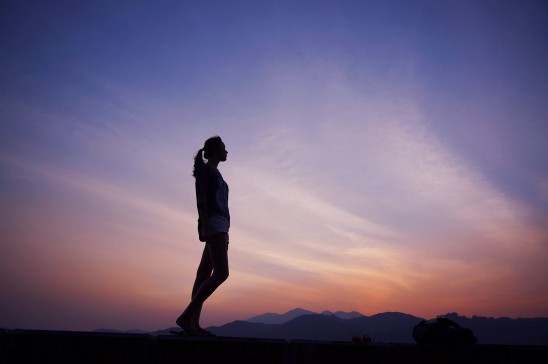 I don’t know if everybody gets it, but I’m grateful for my divorce. Or, I guess I should say, my separation. My divorce isn’t yet final, but it’s on it’s way. And I’m thankful for that.

This is the sort of thing you’re not supposed to say. Maybe it’s right up there with having hidden gratitude for a drastic dip in personal health, or the misfortune of a car accident, the loss of an intimate friendship, or leaving a “great” job behind. It’s the kind of thing that is, stereotypically, seen as not good, but ultimately, it teaches you something. Which in turn, can make it very good.

I remember reading somewhere that people avoid you like the plague when you’re getting divorced because, somehow, they think it might be contagious. I have found that to be true. It’s not like I walk around shouting “HEY! I’M UNCOUPLING!” from the rooftops or anything. But when it does happen to come up, most people start to squirm or sweat and look for the nearest exit. This is similar to when death or loss or anger come up in conversation: people typically want to run for the hills, their social skills now fleeting. We tend to go inward and scrap with our own crap. Will this happen to me? I hated when this happened to me. I hated when this happened to someone I love. The most appropriate response I’ve received when telling someone “I’m going through a divorce,” was from a woman who does yards in my neighborhood. She said simply, “wow, girl…that sucks.”

It does suck. It’s inherently hard. But you know what? It’s also really good. Again, I know that that’s like saying it’s really cool that my cat died or something. And to be fair, I suppose part of the reason it can be “really good” is because I initiated it, so I’m allowed to feel that way. But I wonder, maybe my soon-to-not-be-spouse feels that way, too. I picture him telling a buddy, “yeah, it sucks but it’s getting better.” Or even the strangely enviable, “yeah, it sucks but I’m going to sleep in on Thanksgiving and go for a run and do whatever I dang well please all day until I meet friends around happy hour for drinks and dinner.” I don’t know, maybe he is coming around to thinking it’s OK, too. I hope.

The process of divorce is a veritable cornucopia of emotions and drama and WTFs. But it’s also a personal harvest of sorts. I feel like I’m digging up the old me and brushing the dirt off of my roots. In fact, I even see my roots in a new way – less perfect and predictable, and more messy and gnarled, but most certainly, mine. (Pardon the overuse of Thanksgiving/early settlers/farming metaphors, but I’m now realizing how perfect they are for this situation. Perhaps I’ll use them all year.) It’s like landing on an island that feels new, met with exciting new landscapes, and then realizing, you’re returning to where you came from. Either way, you’ve struck new ground.

I am on one hand less burdened by things (very much including my impending divorce and all that has gone with it) – better able to handle unpredictability and uncertainty and change. And on the other hand, I feel things so heavily and in a deeply real way, like I’m tapping into feelings (in myself and others) with an unadulterated, pure empathy – because something new in me “gets it.” I’m not trying to toot my own horn (believe me, there are plenty of moments of self-doubt and self-loathing.) I just feel more deeply rooted and assured about how and what my real emotions are. I used to believe I was grounded in how I felt, confident in how I expressed myself. But I’ve learned through the process of this divorce that I must have not been fully self-confident if I wasn’t letting my true feelings be known to my husband: that I wanted out. I felt like I was expressing this, when really – I was feeling it internally without saying it outright. Now, I’m much more likely, with a friend, a family member, my soon-to-be-ex, and myself, to properly identify an emotion and to own it. Those are two different things: feeling and owning.

One emotion and general state of being I’ve gotten more acquainted with is loneliness. Loneliness is not what I used to believe it was – feeling uncomfortable without others around. Sure, it can be that: like feeling as if I should be more social or that I should be hanging out with girlfriends more often or even the occasional Classic Future Worry, will I ever have another partner? But it’s also just the reality setting in that I am, right now, alone. By choice mind you, but alone all the same. And that is all right. It has moved me to make more peace with my independence. I have always been independent, but have never considered myself an introvert. Now I’m not so sure. I’m falling in love with my introverted side, like in a deep, sexy way. I crave aloneness, even amidst the loneliness, because I cherish it differently. I’m like a sponge, trying to soak up the time I’ve used alone in my past, obsessing and deciding and ruminating over this inevitable split. Now I relish the solo time to heal, celebrate, dream. The time alone allows me to reboot in ways I have not experienced in years; it replenishes a depleted store of me. Now, when I return to my children, my friends, and the rest of my family, I am ready. I am not even sure I knew that this was such a missing piece of me before my divorce forced me to look at it so closely. I have often told people that I think this Bear Of A Thing had to happen me to get my attention. Now, I’m listening.

I often think of this whole process like being sick. You get knocked down, so you’ve got to snuggle with yourself, eat soup, drink water, get some support, be more gentle and forgiving and rest. (Ok, and wallow in the occasional self-pity.) But when it’s all said and done, you feel like you’re a bit more clear, grateful for your health and the little things like fresh air outside, and you’re renewed to start over. I’d never ask to be sick, and I’d never asked to be divorced. But since I am moving towards the latter, I am thankful that it will eventually heal me, too. 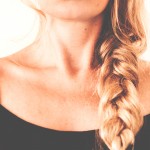