I Didn’t Mean Not To Either 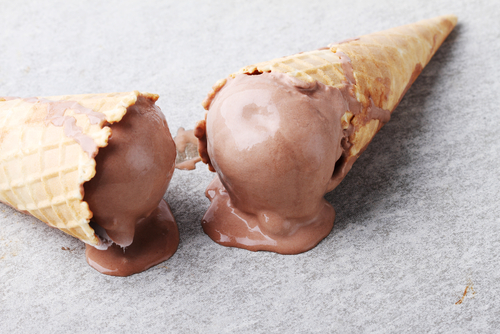 I just gave birth to my second child. Writing it down doesn’t make it seem any more real. I do have all the warmfuzzies that new moms experience; but mostly, I find myself wondering how I ended up here. Not logistically, of course – I know how unprotected sex works. But if some soothsaying future-dweller had come to inform me that I was getting ready to have two kids in under two years, I never would have believed them. From the tender age of eleven, I spoke openly about NOT wanting children, and my now-husband felt the same way when we met. Neither of us was into the prospect of getting married either. So we spent the next seven and a half years doing just that: not being married and not having kids.

My husband approached, then passed, thirty with not the slightest hint of a change in his stance. I, on the other hand, was starting to get antsy about the marriage thing as my twenties were coming to a rapid and unstoppable close. So, after many a (sometimes drunken) argument about what we were or were not doing and why we were or were not doing it, we got engaged! (Maybe I bribed him, maybe I didn’t. I’ll never tell…) But we both still firmly believed that we would not be having children – that we would just be the cool aunt and uncle who could afford the good gifts because we didn’t have kids of our own draining every cent from our piggy bank. However, just three short months later, we were trading wedding registries for baby registries and writing vows for writing a birth plan (more on the futility of that exercise later). It was as much of a surprise as a pregnancy could possibly be. You may be wondering “Lauren, how is that even possible if you claim to know how unprotected sex works?” Let’s just say it involved an app that I was using to track my period and a replacement phone and leave it at that. Either way, we certainly didn’t see that one coming. Just to be sure I’m ruining both my kids’ lives here and not just my daughter’s – let me assure you that we did not get pregnant with our son “on purpose” either. I despised pregnancy so much that I’m not sure I ever would have done it again had it not been an accident. There’s a stigma involved with saying that you became pregnant accidentally and I think I get it. I think it’s the word itself; maybe ‘accidentally’ is what makes it sound so harsh. I don’t really like the term either. But I believe I’ve found a better way to sum it up – at least for my little family.

My mother used to have a retort for us when my sister and I would claim that we didn’t mean to do something. “You didn’t mean not to either”, she would say. It was absolutely eye-roll inducing when I was twelve years old and trying to explain my way out of being punished for breaking something. But, the older and more pragmatic I became, the more it began to ring true. There is something about being responsible for all of your actions – even the ones you may not have intended. The knowledge that something can happen, whether you planned for it to happen or not, is at times both liberating and maddening. Liberating in the sense that you absolutely have to take responsibility for it – you know, if you’re a decent human being. Maddening because you can’t justify your way out of any possibly unwanted consequences.

Now, I am sure there are people out there who will read that last sentence and feel bad for my children, or want to chastise me for speaking about them like that. Before I got pregnant, I may have even been one of those people (though, I wouldn’t have chastised me – I would’ve just talked about me behind my back). I like to think of that saying as the way both my daughter and son came to be. My husband and I certainly didn’t mean not to create them – we’re two informed adults, as I’ve mentioned. Had we meant not to, we would have been a hell of a lot more careful. But that’s how it happened for us. And, in true, mushy-mom fashion, I will say that they are the two best things that ever happened to us. Without a second thought about it. Intentional or not.

So here’s what I’ve learned in the two years since I found out I was pregnant that first go-round: I do not believe that unexpectedly getting pregnant with either of my children changed the way I felt about pregnancy or birth. I hated both of those experiences almost equally and I can’t imagine it would have been any different had I intentionally gotten pregnant either time. Just like I can’t imagine it would change the way I feel about motherhood. I’m so glad to be experiencing it, just as it is. Please do not get me wrong, I’m also exhausted in a way that I can’t even begin to explain; frequently frustrated over what are probably silly little things; and overwhelmed with fear that I am doing this all wrong. (Oh, and exhausted – did I say exhausted already?)

I’m not sure any of that would be different had I come into this experience with “a plan”. But that’s the thing: nobody knows. I know people who have always intended to be parents, then it happens for them in the most perfect, story book way, and they’re just as worn out and flummoxed as I am. We’re all just trudging through, right? I’m not sure being an “accidental” mother changes anything about my actual parenting outlook – it certainly doesn’t change anything about my individual days and nights – but it certainly changed everything about my life, the path that I’m on now, and the one that I’ll be traveling from here on out. 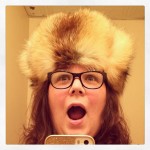