I Jumped The Fence

Posted by Karen Meister of Suburban Misfit Mom on August 18, 2017 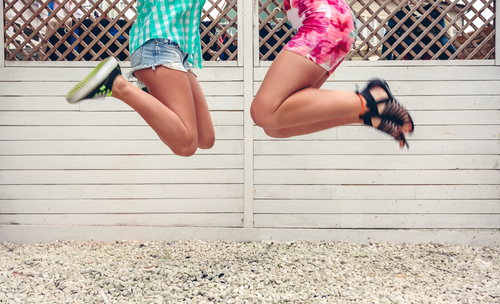 I admit it.  I took the candy.  And at 9 years old, I felt so guilty that under the cloak of darkness, I jumped the fence, crossed the busy street, put the stolen candy in the mailbox in front of the general store, and then returned to my cabin without my counselors knowing I was gone.

OMG!  Can you imagine this happening in the sleepaway camp world today?  The bells would have gone off, sirens rung, counselors fired and I would have been kicked out of camp.

I recently returned to that camp I had been to as a young girl.  New buildings, new owners, NEW RULES, and the street I crossed was busy, dangerous and scary.  I know 5 decades ago (yes, I’m that crazy old), the street was not so busy, the fence was not chain link but a white horse fence, and it didn’t seem like such a big deal.  It was certainly a big deal to clear my conscience.  But to cross the street?  It was my adventure.

I can’t say that the laxness of camp back then is appropriate today.  I can say however that the industry has changed since those many years ago.  Some for the good and some, I have to say, sadly for the ruin of the glory days of free summers.

For example, back in the day, a little rough housing built character and strength so a little boy learned how to stand up to the bully rather than cower and depend upon the protection of another.  A truly genuine hug was permitted and “embraced” rather than questioned as too close or inappropriate touching.  And bug juice!  Why is every ounce of sugar removed from the summer?  I want to see the red moustaches again!!

Many new rules are a result of problems and lawsuits.  As I have visited hundreds of camps over the past many summers, I have seen so many different types of programs and security choices.  I have seen a rise in the number of dietary concerns, and so many camps now can manage everything from tree nut, gluten, egg, dairy, bug, wasp and “loud voice” allergies (well I exaggerate a bit).  But no way will they say they are nut-free.  The insurance companies dictate the statement should be “nut aware”!!

And raids.  Remember raids?  They are scheduled.  No longer are they created by the kids, but planned by the counselors.  In visiting my old camp, I was shocked to see how close the boys side was.  Granted, a lot of the trees are no longer there and you can literally see the boys’ cabins from the girls’ side.  But my memory was alarmingly different.  I really thought the boys were so far away and how sneaky we had to be to get over there.  At 9?  Did I really care??

Well going back to my camp of history and to the general store certainly flooded my mind with a series of sepia-toned memories.  The camp was beautiful and yet so much smaller than my memory.  But I did stop to peak into the store, see the candy and sadly, the mailbox was no longer along the side of the street.  It is now inside the store.

If the offense was repeated today, I would have ended up eating the evidence. 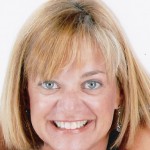