I Survived 3rd Grade Yet Again

Posted by Jill Wexler of Suburban Misfit Mom on May 31, 2016 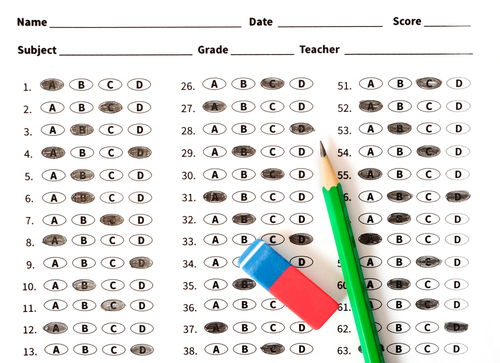 After I read Sarah Jacob’s article over Kindergarten, I had to laugh because my prevailing thought this year has been “thank heavens I never have to do 3rd grade again!”

My eldest is 22 and then there’s the 13 year old and then the resident 3rd grader.  Which means I have officially gone through 3rd grade four times now.

The first two were pre-Common Core (as was I), so I feel like I’m authority now when I say 3rd grade sucks, Common Core or not.

With the first child, it was math.  We realized pretty quickly that we’d fucked up by not pushing her math better in 1st and 2nd so multiplication just about killed us.  I mean, her.  Just about killed her.

Math jumps from the addition/subtraction stuff to multiplication/division stuff.  I remember 3rd grade too and it was a hefty jump.  But apparently I thought my firstborn had absorbed the previous math at school and retained it.

Nope.  Do you realize how hard it is for a child to do multiplication when they still add and subtract using their fingers?

I’m not going to squawk about this Common Core math because there are parents all over the internet yelling about it or showing videos of them trying to do the math.  Believe me, we watched A LOT of videos this year.  The only thing I do have to say about it is that while I think it is way cool that you can get to the same answer in 50 different ways, my 3rd grader doesn’t need to be confused by the 50 different ways. Third graders are not physically capable of learning too much abstract thought and math is fairly abstract, lattice method or not.

But I do need to say that the single suggestion…no demand, I am giving the principal of the school is that these 3rd grade teachers need to video tape themselves explaining the newfangled math on the board.  Because there were far too many times we’d watch a YouTube video and then go to work with our son and he’d say “That’s not how Mrs. Smith did it.”

I hate AR.  As a parent.  I hate it.  Of my three kids, AR turned two of them off of reading pretty much permanently.  That’s a 66% fail rate, AR Gurus.  The third kid seems to still like reading, but I suppose time will tell.

Why do I hate it so much?  AR tests aside, it’s simply another fucking hoop for my kid to jump through.  If it’s not AR points for a grade, it’s AR points for a bonus party at the end of the quarter.  The focus isn’t on reading; it’s on the damned points.

So when your kid can read several levels above his grade, the books become bigger, heftier and well, full of more chapters.  Sure, they’re worth more points, but it takes him longer.  And then as everyone else is passing him on the big old AR chart in the classroom, he gets discouraged and returns the book and picks out a book at the low end of his reading zone, just so he can catch up on the points.

Gah.  I tried to talk to the teachers a bit about reducing his points at least and their response was “we let the children pick their own goals.”

In the words of the youth today…dafuq?

In this category is a fun thing called fluency.  Do you know what fluency homework is?  It’s the devil, is what it is.  Fluency testing is when they measure how FAST your kid can read aloud, how many words per minute they can spit out.  So every night this year, until sometime in January he finally “passed,” we had to time him reading a passage out loud to us.  Set the timer for one minute, he reads the passage for a “cold” (not looked over it or read it) read and then again for a “warm” ready.  Maybe it was “hot” read; I don’t recall because as soon as that shit was over, I began repressing that memory.

I realize it took a whopper of two whole minutes out of my evening.  But it pissed me off because my kid can read on a grade level well above 3rd and yet…but yet, if he couldn’t get x-amount of words per minute out loud (correctly, mind you…you have to subtract the words they stumble over from the grand total), it was as if they might have to hold him back (they wouldn’t but it felt like it).  The first couple weeks, I played along with this lovely 3rd grade game, and then began to realize that while my kid was speed reading though these passages, he wasn’t comprehending a damned thing he was reading, because his focus was the number of words by the end of the minute.

So you’re trying to tell me, oh Reading Gurus, that as long as my kid can speed read, he doesn’t need to worry about comprehension?  Have you lived in the real world?  But what do I know, since you’ve trained me to jump the hoops with my kid.

Don’t even argue with me here.  I have a pretty smart 3rd child and even at that, I look at the weekly spelling words and go “are you shitting me?”

Seriously.  Second grade is like “even” and “cowboy” and “melt.”

Third grade is full of “excitement” and “nontraditional” and “evidently” and “convenient.”  Hell, I can’t spell some of these words without Spellcheck chiming in.

Rhyme.  Now there’s a word I gave up on years ago and I just type in whatever it seems like and let Spellcheck correct it for me.  And yet, my 3rd grader is being tested on that.

(I’m fully aware that some of you are saying “well if you’d learned that in 3rd grade, you wouldn’t need Spellcheck.  And I think you should be fully aware of what I’m mentally saying back to you.)

It’s like no one’s figured out a way to bridge the gap between 2nd and 3rd grade spelling words.  You’re honestly telling me you can’t end 2nd grade or begin 3rd grade with words like “tutoring” or “welcome” – you know longer words with a few tricks but not just delve right into “requirements” or “conscience.”

I’m probably making those words up but I’m not exaggerating.  Trust me, this is my third time to do 3rd grade as a parent and it shocks me each time.

I’ve been a test monitor each year because they force me to.  Seriously, I think they’d take away my volunteer card if I rejected testing week.  Weeks.  Testing WEEKS,  people, weeks.

Anyway, I was talking with another mom recently about the testing weeks and how our respective 3rd graders were handling it.  We veered off into Nostalgia Land back when testing was one single week and quite frankly it meant nothing to you, your family or your school (that we knew of).

Nice Parent: I do remember hating the time limits, how the teacher would say “10 minutes left” and you’d start scrambling.

Me: I do remember that.  You know they have no time limits now?  Kids can take as long as they need to finish the test.

Nice Parent:  In some ways, I’m okay with it but in other ways, it’s not like life gives you unlimited time.

Me: Ha!  I know.  I was a monitor two years ago and all the kids got done but this one kid.  He was more interested in picking at his shoe and sometimes eating it. The only way we escaped is that it was lunchtime and he would return to his test after lunch.

Me:  Yeah, I thought so too.  See, what I didn’t understand is that ‘special’ kids get to test separately, in the library or something.   You can’t tell me that was the kid’s first time to eat his shoe in class.

Nice Parent: Exactly!  And no boss is going to forgive you not doing your work because you want to eat your shoe instead.

State testing is simply the prime example of the phrase “fighting a losing battle.”  You, as the parent, have no voice, the teacher has no voice, the principal has no voice, the superintendent (ha, spelled that one without Spellcheck!) has no voice, the State Superintendent of Education should have a voice but that voice is tied to money for the schools within said state, and the people with the actual voice are so far removed from the schools that their voice is simply about data and numbers to make our country look better.  But the irony is that their voice has caused more issues with the bottom of this educational ladder because the policies put in place by them has caused a lot of harm.  Sure, some states have seen numbers go up, but at the cost of a real education.  My youngest will probably be able to test the hell out of his education but…will it be an education?

Sure, it looks like I’m on the losing end of 3rd grade, right?

But there’s one more aspect to 3rd grade that trumps the others and that is “solidarity.”  Thank the 3rd Grade Gods for allowing me to lean on the shoulder of another 3rd grade parent who asks me how much wine I went through this year.