If You’re Not Watching Jessica Jones, Here’s Why You Should Be

Posted by Becky Fuller of Suburban Misfit Mom on December 7, 2015 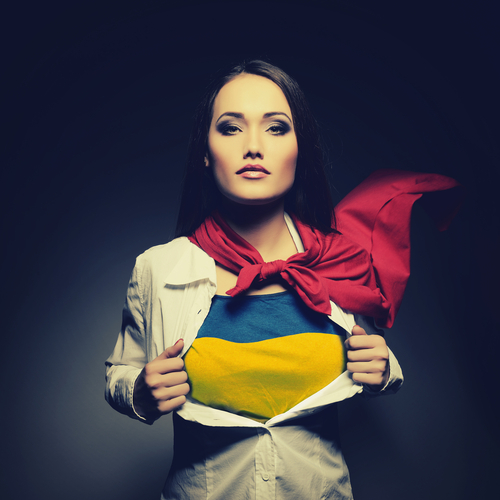 Firstly, let me start by saying that I am not and never have been, into the super-hero genre. In fact, I struggle with most things outside of the realistic realms of possibility.

I’m okay with Doctor Who, because it’s just always been a thing I’ve watched, the same with Star Wars, and I love and adore Harry Potter because that kind of magic is a thing I can get my head around. I also like the human, very personable stories at the heart of these franchises.

What I have always struggled with is the classic super-hero movies and characters that seem to be everywhere nowadays. Superman, Spiderman, Batman, Iron Man…the list is never-ending. Each and every one seems to possess ridiculous powers and hold a love of violence which seems rather at odds with how a super-hero should be.

So it comes as some surprise to me, plus those who know me, that the show I have enjoyed most this year, the show I can’t get enough of and want to watch again and again…is Marvel’s latest outing, Jessica Jones.

Jessica is a superhero, but a jaded one. In fact, when the show starts, Jessica is now working as a PI and has given up the superhero game altogether. Why? Well, the answer lies with the show’s villain, Kilgrave.

Kilgrave also has powers. While Jessica has super strength, and a rather impressive ability to jump, Kilgrave has mind control on his side. It sounds impressive enough, but once the show really begins to explore this, you realize exactly how all-encompassing this power is. People literally follow his every command. So, for example, if he tells you to look out of a window and not to blink, you do it until he tells you otherwise.

Kilgrave, it transpires, once had this hold over Jessica, but she escaped. I’m not going to spoil the plot for you, because you really need to watch this show, but suffice to say Kilgrave really isn’t happy about the fact that she got away, and he’s also completely in love (read, unhealthily obsessed) with her.

So what makes this show so amazing? A whole number of things. Firstly, the casting. Krysten Ritter plays Jessica. If you haven’t seen her work in Breaking Bad, you’re missing a trick. She’s a fine actress and perfectly portrays the bitter, reluctant superhero.

David Tennant, who many will know as the tenth incarnation of the Doctor in Doctor Who, plays Kilgrave. His performance is chilling and completely compelling. You will find yourself feeling sorry for him, then wanting to kill him with your bare hands, then feeling repulsed because there’s a little bit of you that would happily do his bidding. You will lurch between all three emotions and many more with such speed you’ll feel dizzy.

Other cast members too; Mike Colter plays Luke Cage, Jessica’s on/off fling who also has powers. Their stories are interconnected in a very sad way, and you’ll be rooting for them to make it. Watch out for him, as Luke Cage is also getting his own Netflix series. Rachael Taylor as Trish Walker, Jessica’s best friend, is funny, sweet and a complete bad-ass and Eka Darville as Malcolm will have you screaming “leave Malcolm alone” at the top of your lungs. Or is that just me?

What really makes this show though, is the incredible storytelling and the brilliant way in which it presents strong, deadly, yet flawed, females. Watching it, I found myself cheering this woman on. I wanted her to succeed, not just because she was a woman but because she was trying to do good, to stop Kilgrave. And that’s the crux. Jessica Jones is not presented as ‘Oh look, here’s a show about women, look how strong we can be.’ It’s just a really, really good drama show, and the central character happens to be a woman.

She makes mistakes. She treats people like dirt, she drinks too much, has hot sex and then regrets it, she gets distracted… But she also fights long and hard and her friendship with Trish is at the center of all she does. They bicker like sisters, laugh like friends and love like lovers. It’s a beautiful, real, friendship between two women who have known each other for most of their lives.

While Jessica will have you yelling for more, Kilgrave will have you begging for mercy. If you’re anything like me, you’ll make your husband check the closet before bed, just in case Kilgrave is lurking. His ability throws up a lot of disturbing questions. If people literally do your bidding, how do you ever trust someone? There’s a part of an episode where he says “Tell me something I don’t know.” It’s a completely throwaway remark, and yet the person in question spills a deep secret without a second thought.

Of course, Kilgrave uses this power for harm, not good. He tells people to kill themselves or others in the most gruesome ways imaginable, and they do it. He condemns a man to stand facing a fence for the rest of his life, because he states that he must not move ever again. He orders a man to abandon his young child on the sidewalk… the list goes on.

This show is not an easy watch. It’s dark. This show draws you in, drags you down, sucks you under. We binge-watched, and that is rare for us to be able to do, with three kids and four jobs between us. Suddenly, my husband was racing home for an hour in the middle of the day, just so we could squeeze another episode in. Yes, we took full advantage of having an empty house. Jessica Jones in the middle of the day. Go us!

WATCH THIS SHOW! You will thank me. In a world where it’s all too easy to become fixated on real life, it’s good to escape every now and then.

Jessica Jones is on Netflix now.

magnificent submit, very informative. I’m wondering why the opposite specialists of this sector do not understand this. You must continue your writing. I am confident, you’ve a huge readers’ base already!