Posted by Rachel Silver-Cohen of Suburban Misfit Mom on December 14, 2015 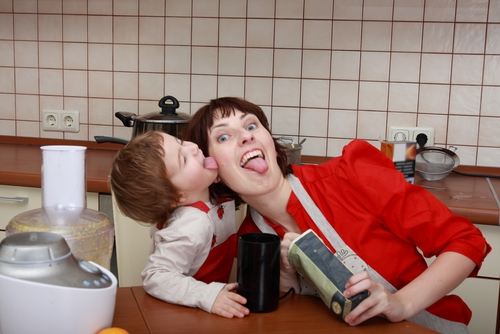 It’s a curse being a perfectionist. At least that’s what I tell myself every time I screw up. Trying to always get it right is exhausting and leaves me with a sense of feeling like I’m never measuring up. I wanna make a change so I’ve attempted to take a pass on perfection and trade it in to aim for average! I’m actively working on methods to teach my children being a perfectionist is over-rated. I don’t want them to fall into the same always-gotta-get-it-right trap like me. Sometimes you have to dumb it down in order to get it right!

It was obvious I had to brush up on the do-as-I-say-not-as-I-do motto after receiving a call from my kid’s teacher.

“I just want to make sure everything is okay at home,” she said. “He seemed a little off this week.”

“Well, he got into it with another student on the playground which isn’t the biggest deal… It’s just well, he’s sooooo intense. He takes himself sooooo seriously. And in class, he gets very upset whenever I try to explain although his answers are correct, his reasonings for getting there are wrong. He wants to get it right all the time and beats himself up to no end when he falls short.”

She kept going. And going. But I couldn’t focus. My head was spinning. For a minute I wasn’t sure if she was still talking about the kid or if somehow her examples had shifted to highlight my shortcomings. I felt like I was in one of those flashback sequences on television when the screen gets wavy and blurry.

And then she said, “He’s such a perfectionist. He wants to be perfect all the time.”

My head had graduated from spinning and was now reverberating as if I had just scored a box of whippits and inhaled every last bit of the nitrous oxide. The teacher might as well have been one and the same from Charlie Brown and the Peanuts Gang because all I could hear was, “He’s such a whaaa whaaa whaaa whaaa perfectionist whaaaaaaaaaaaaaaaa!”

There it was. The sentence I was dreading but knew was coming. I could feel my eyes welling up with tears and not because he got into a fight with another kid. That part was normal. It was the other part. I had suspected it before but now I had confirmation to prove I had officially fucked up my kid with the curse of perfectionism!

The next day I hightailed it to my therapist’s office. Surely we would bypass the awkward silence that typically starts off our sessions as I passively try to come up with a topic worthy of the one hundred eighty-five dollar rate. At $3.70 per minute, I wasn’t wasting any time. I collapsed onto the couch and dove in.

“I fucked up my kid. It took exactly seven years but I’ve totally fucked him up.”

“What do you mean you’ve totally fucked him up?” She replied.

“He thinks he needs to be perfect. The teacher called and told me so. He’s just a kid. Obviously he got this from me. I knew it would happen.”

Given the fact I felt solely responsible for passing down this genetic defect, it was understandable my anxiety was high. The therapist tried giving me some tools to help nip the sitch in the bud but most of her suggestions went in one ear and out the other. Then she said something that got my attention.

“Let your children see you fail. Show them ‘fucking up’ as you say, can be fun. Do something wrong and make sure they see you do it. Show them you’re not afraid to screw up and you can laugh at yourself when you do. Sometimes they just need to hear you say, Ohhh dammit I royally got it wrong!”

“Oh,” I replied. “So I should fail on purpose? Right, right. You mean we become successful by learning from our mistakes? You mean every failure carries the seed of a greater benefit? Yah, I got it. Okay. That all sounds well and good and I can certainly do the Ohhh dammit part no problem except now my OCD will kick in and I’ll obsess about setting up the perfect scenario to intentionally do something wrong! Lemme ask you one question. What happens if my plan to fail, fails?!?”

The therapist smirked and said, “Unfortunately that’s our time. We’ll pick it up from here next week!”

There’s a reason the oldest cliché in the book is still around. As parents (tree) we lead and teach our kids (apple) by example even when we’re not trying. We can’t escape it. We hope our apples inherit the best of our roots and we pray they don’t get stuck with our weak branches. Then, we cross our fingers that the wind blows in the right direction.

I’d sooner see my kid come home happy with a C then sent home stressing over needing an A. I tell my kids being perfect is boring. Striving for perfection is not a realistic expectation. If they can grasp this concept at a young age I know it will save them years of frustration and therapy down the road! I remind them doing the best they can is good enough as long as they try. Michael Jordan once said, “I can accept failure, everyone fails at something.  But I can’t accept not trying.”

Lately we’ve made huge strides on our quest to pass on perfection. We’re aiming for average; okay fine, above average but we’re not taking ourselves too seriously. Now, when someone fails in our house, we applaud! We try to find the lesson in each case and recognize the powerful take away message. When faced with failure I make sure my kids understand an opportunity exists to learn how much stronger they will be as result. I’m also teaching myself that same rule. My mistakes are simply invitations to try again. And again and again and again. It’s ironic that the more getting it wrong I seem to do, the more I end up getting it right.  Right?

“Failures are finger posts on the road to achievement.” – C.S. Lewis

“Success is often achieved by those who don’t know that failure is inevitable.” – Coco Chanel

“If you learn from defeat, you havent’ really lost.” – Zig Ziglar

Hi my family member! I want to say that this article is awesome, great written and come with approximately all significant infos. I?¦d like to look more posts like this .

resorts near cancun mexico
[url=http://kidsnighttonight.com:/forums/member.php?action=profile&uid=236936]best all inclusive adults only resorts in cancun[/url] 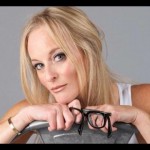