In My World, Money Falls From The Sky…

Posted by Soul Searcher of Suburban Misfit Mom on March 2, 2016 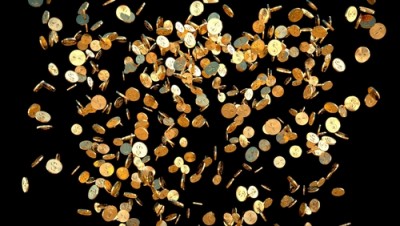 Money falls from the sky in my world; at least, it has been raining money since my father-in-law passed away this past July.  How do you explain death to a 9- and 6-year-old?  I know how the therapist in me explains death, but how does the mother in me – the same one who “talks to dead people” –  explain death?

Shortly after he lost his battle with lung cancer, my daughter turned to me and said, “I never realized that when someone dies, it means you will never see them again.”  And, I guess on some level, that is what it means.  But for me, my father-in-law’s presence is felt quite a lot.  I feel it when the lights flicker off just as my husband (who is a lawyer and a skeptic), thinks, will I ever get a sign?”  I feel it when, on my son’s birthday, the lights go out in his bedroom and his bathroom (Spirit can communicate easily through electricity).  But mostly, I feel it through pennies and other forms of coins seemingly falling from the sky.  Coincidence? Perhaps. But fitting of my father-in-law? No doubt..

My father-in-law was an accountant and literally watched every penny, both personally and professionally. My father-in-law and mother-in-law kept jars of coins in their closet.  So, it makes sense that my father-in-law would show his presence through money.   Shortly after he passed, I found a penny sitting in my dryer.  This was an easy one to dismiss, except that the date was the year my husband was born.  Another time I opened my front door and there sat a shiny dime, just waiting to be snagged.  And then there was the time at the airport, after the memorial service, when sitting at the gate as we boarded the plane was a shiny penny that seemingly everyone who boarded the plane stepped over.  Untouched.

Sure, these could be dismissed as flukes, and by many, I am sure they will be.  But then, just this past weekend we headed back to Florida, and as my son passed through security, right there waiting for him was a penny on the ground (or a ‘Poppy’ as he now refers to found money) and as we passed back through security on our way to go back home, a quarter waited for him (another ‘Poppy’).  Tonight my daughter asked if she could take all of the coins we have found and bring them to school for her “share.”   I wondered to myself: What is the teacher going to think when my daughter tells the class that her dead grandpa drops pennies from the sky? And then I thought: maybe when someone dies we don’t ever see them again (at least not in the current way we think about “seeing” them); but maybe we feel them and know they are with us and if we just open our eyes, if we just pay attention and be present in this world, we can still feel them with us – Always. 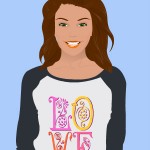