Is Downtime a Gift or a Right? 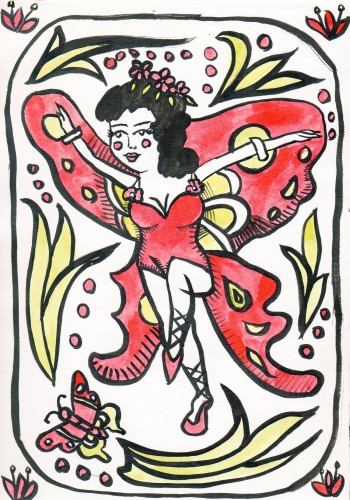 If you’re a parent, then you know that at around 8 o’clock at night on any given day of the week, the mere idea of diving into your bed to collapse into blissful sleep is the same feeling you would get if you had just won the lottery. Well maybe not THAT good…but you catch my drift.

My weekdays have a similar flow to them.  I get home from picking up my kids from daycare and school and while making dinner my boys are usually raiding the fridge and asking me a thousand times to please hurry up because they are STARVING! Then while we’re eating, they take one or two bites while running around the table, under the table or jumping from chair to chair – all while talking over one another. I’m usually as bad as they are because I am standing up eating at the counter and chasing them back to their chairs in between bites. It is amidst this chaos of trying to con them in any way possible to sit and nicely finish their dinners that I am feverishly trying to come up with something for us to do together as a family immediately after dinner. During the week it’s usually a little homework for my six year old, then we play make believe, or a board game, or action figures, or legos, or finger painting, or coloring, or tag, or hide-and-seek, or build forts, etc. That is usually followed by a very splashy and active bathtime, which is then followed by wrestling pajamas onto their giggling, wriggling little bodies, which is then followed by reading a few books, 3 to 5 more trips to the fridge for bedtime snacks, and then a little conversation connection with my munchkins. Eventually, the craziness comes to a halt while my husband  or me are lying on their floor until they fall asleep.

The weekends are just as full and I like it that way, because to me, being active and doing fun stuff with my kids is what it’s all about.  The bottom line is we rarely just sit around. The loungy nights and days indoors are more so when me and my husband are under the weather or just too tired to move. If it’s raining or snowing outside, that usually forces to chill us out.

Perhaps for some of you this is normal in your house too. Maybe others are reading this saying Whoa! This chick needs to CHILL on the activities. If you’re thinking the latter, you may be onto something. But I will tell you that when I put the television on, or let them play on an electronic device – the absolute mudslide of guilt that takes over is no fun. Usually, after I resort to handing over a screen, I self-loathe for a while, feeling beyond ashamed that I am somehow consciously contributing to turning their brains to mush.

I started to wonder how much down time – meaning little to no activity- or just sitting in front of a screen (TV or phone) most families in our world are now having? Sometimes I wish there was a way to time warp into the future and see if my barrage of activity every day is helping or hurting my kids. With our first son, I felt the need to be interacting with him at all times  (except naps of course…and oh did I RESPECT the nap… trust me on this one).  I would race home from work and ignore the mere idea of  changing out of my work clothes.  I loved doing whatever it was at that phase of his life that he was into, right alongside him.

It wasn’t until I was having a conversation with someone that I found out I actually might be doing my son a disservice. She asked why I felt the need fill up every second playing with him? I told her that I thought that’s what “good” parents did. She looked puzzled. She asked “what will your son do when he’s older and he’s in a situation where he needs to wait his turn? Or that it isn’t about him at the moment? Or when none of his friends are around and he has no other choice but to be alone with his own thoughts?” I pondered this for a moment. I hadn’t thought of it that way at ALL. She said that letting him learn to play by himself  is a skill he will need in the long term. Her advice was to try giving him space or to say no occasionally to playing with him in a gentle way and see how it shook out.

Whenever I get advice that stops me in my tracks and really makes me examine what I am doing or thinking, I try to be introspective. Where did I get the notion that I should be playing with my child every second? Furthermore, how did it come to be that I thought this made me the best parent ever?

It dawned on me that even before kids, if I was sitting on the couch, or watching TV, or just vegging out for that matter – I was not happy about the situation. There were these nagging thoughts raiding my mind with all of the other things I “should” be doing at that moment.

When in doubt…look to your past for answers. There was a rule booklet my Stepmother created when I was a 14. Yes, you read that right. Stepmother bestowed it upon my sister and I conveniently the day after she and my Dad had returned from their Honeymoon. She typed it up herself during her first day back to work as a new wife. It contained the most ridiculously insane rules. For added context, she had OCD and a few other mental conditions (unbeknownst to us at the time) so some of the rules were not entirely realistic.

Here’s a taste of just a few of them (it’s hard to remember them all) for your reading pleasure:

HAIR MUST BE WORN IN A BUN AT ALL TIMES. IF A STRAND OF HAIR IS FOUND, YOU WILL BE PUNISHED.

TV TIME WILL BE SCHEDULED (cleaning had to be inspected and approved first).

PHONE TIME WITH YOUR FRIENDS WILL BE SCHEDULED AND APPROVED.

YOU WILL PREPARE DINNER SO IT IS READY WHEN WE RETURN FROM WORK.

But it is really another rule on the list  that stands out like a sore thumb to me: IF YOU HAVE THE TIME TO SUNTAN, YOU HAVE TIME TO CLEAN. And so there it was. This had been a big deal in my father’s home. Relaxing was a gift. A gift that could only be received after everything else had been done. The rules were so over the top that it was nearly impossible for all the tasks to be done. Thus there was literally zero time to relax.

That voice must have been hiding out in my subconscious somewhere and decided to rear its ugly head every time I was trying to chill the F*** out.

So now that I know who’s voice it is nagging at me when I’m trying to chill or letting one of my kids relax and do something low key, I am taking strides not to feel like I have to fill up every moment with an activity. Even though our family enjoys being active, may be taking it down a notch isn’t such a bad thing?

More recently, I’ve been trying to remember to make my kids wait until I’ve changed out of my work clothes before I can give them their snacks and cook dinner. Perhaps if I slow down, they will too. This will also help to teach patience (a win-win for all of us). I’ve never been a clean freak; my house is always messy for longer than it should be. Interacting with my kids after being away from them all day takes precedence over cleaning in my opinion.  So don’t drop by my house unannounced or you’ll probably run screaming or never talk to me again!

When I am cringing with guilt about giving my kids too much screen time I am going to try to remind  myself that it’s OK for them to relax too. I can still hate the screens…but just like chocolate…moderation is key.  Remembering to take it a little slower is good for us all because no matter what, those 8 o’clock heavy eyelids are going to be calling. We’re just always so damn tired as parents. Sleep will be calling to you as you’re putting your kids to sleep and fantasizing about everything you hope to accomplish that evening before you turn in for the night. Why not relax into a nice sleep instead of dive into it at a million miles an hour?

Personally, I’ll feel more at peace knowing that I can put my best foot forward as a parent, wife, friend, and person, when I set a realistic pace each day.

REMINDER TO SELF: I get to follow my rules now.

(Gorgeous artwork provided by Jo Moss, and can be found and purchased on Jomossart.com )