Posted by Megan Parsley of Suburban Misfit Mom on August 10, 2016 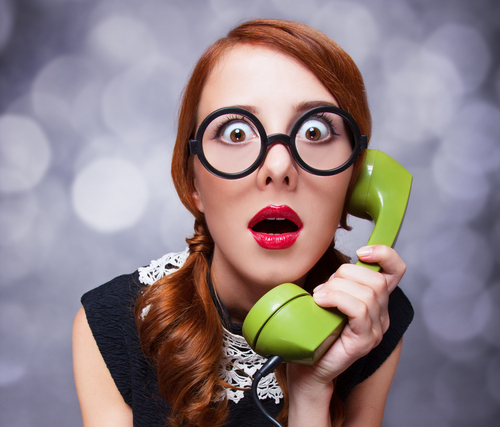 It was late spring, nearing the end of eighth grade. That time in your life when you’re feeling emboldened by the fact that you’re about to be a high schooler and just days away from ditching the adolescent equivalent of lower corporate management that is middle school.

It was likely this newfound sense of confidence that led me to the very false conclusion that my recently purchased super-flared jeans, complete with multi-colored embroidered flowers, were most definitely the trendiest thing any ‘90’s suburban Jersey girl could possibly rock. I spent a silly amount of time selecting the perfect pink lace top and platform flip-flops, and laid the outfit out on my inflatable purple loveseat, ready to blow everyone’s minds the next day with my superior trendiness.

It did not go so well.

As the homeroom bell went off and everyone shuffled to their seats, I felt the stares. And then, from the back of the room, a cocky popular boy we’ll call Todd made an unnecessarily loud comment about how I looked like I was from Woodstock. A few kids around him snickered and I sunk low into my chair, realizing that I was not as fashion forward as I originally thought.

That day, with each ring of the bell, came another classroom I had to face, each filled with new people to judge. No one else even actually mentioned my outfit; still I exhausted myself worrying that they might. But it was a Friday, and come Monday my anguish was a blip on the middle school mockery radar. They had instead moved on to teasing poor Diana’s splotchy sunburn she had gotten while vacationing with her family in North Carolina.

Like Diana’s sunburn, our generation’s childhood moments of embarrassment have been allowed to fade away. We all did silly and questionable things while we were testing the waters of teenage-hood and young adulthood. These experiences eventually evolved into nothing more than faded memories that only occasionally pop up out of nowhere while hulu-ing an episode of the teenage angst that is Dawson’s Creek (damn you Dawson Leery!).

But our children don’t have the luxury of a world where they can do something silly, be briefly totally embarrassed by it and then move on. No, they live in a world where they need an acronym – IRL (that’d be “in real life” for those not in the know) – so that they can differentiate between the virtual and the actual world. A place where this interesting new human experiment we call “social media” seems to be creating circumstances where every life decision, whether good or bad, could end up following our children around with them forever – and possibly end up defining them as someone who they simply are not.

In their brief stage of adolescence, our kids should be allowed to package up and put away in some corner of their young brains those bad outfit days and other moments of less than perfect human-living they’ve done. They should not have to stress about the possibility of it being forever stored on some Facebook timeline that will sporadically show up in a #TBT (btw that’s Throwback Thursday…I’m here to teach!).

And other kids should most definitely not have the power to virtually post or comment on those moments of childhood torment. I have to wonder how a 13-year-old me would have handled social media. Even at my current ripe old age, I could easily overanalyze and obsess about posts and comments if I let myself – and I don’t even have raging teenage hormones or high school popularity to contend with.

My “flared-jeans” drama could have taken a very different route in a social media world. Instead of just uttering his lame comment in homeroom, Todd could have quickly snapped a photo of me, tagged me, and posted something like: “Hey, Woodstock called, they want their outfit back.” And then a bunch of “cool” kids could have snidely commented and maybe even “shared” it. And before you know it, I would have gotten home that day with my mom telling me that she saw my cute little hippie outfit my friend posted on Facebook and she thought I looked adorable.

My cute little hippie outfit would also be seen by pretty much everyone else I know – including cousins in Wisconsin, aunts in Texas, and a camp buddy from two long summers ago. And to make matters worst, since Todd has a reputation to uphold, he’d repost that photo a year later when it came up in his TimeHop, reminding everyone that I fail miserably at being trendy. Thus ruining any small chance I had of confidently walking the halls of high school without awkward middle school memories weighing heavily on my shoulders.

That’s quite the snowball effect. Perhaps I’m being slightly dramatic and sensitive, but the thing of it is: my daughter is sensitive. And there are lots of other sensitive kids out there who probably find navigating the real world overwhelming enough – now they also have to deal with this unknown curveball that is social media.

I have to envy our mother’s generation a little. They raised children when big perms and Oprah ruled the world – and tripping over that curly long phone cord was truly the biggest danger of their technology. Meanwhile, we have the Kardashins ruling our world, and our children were first pregnancy belly shots and ultrasound image posts long before they existed IRL.

As I grow older and become more confused and intimidated by technology, I am going to take comfort in knowing that my daughter is also becoming more adapt comfortable with it. After all it’s the only world she knows – and maybe there’s something to be said for that. For all the things that scare me about how this virtual world could affect her, it also means an entire world of knowledge instantly at her fingertips (but at this particular moment, that translates into countless episodes of Peppa Pig).

I just hope that when my daughter is a 13-year-old she’ll be a lot better at handling social media than I imagine the 13-year-old version of myself would handle it. I also hope that my daughter will realize quicker than I did that super-flared, flower-embroidered jeans are just never going to be that cool.