Just When You Think You’re Alone 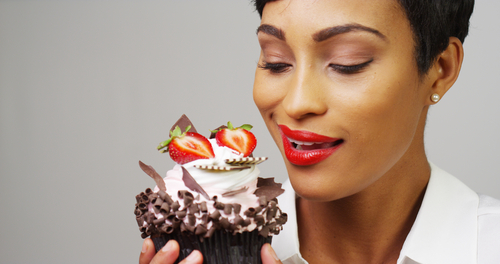 I’ve just stripped down to my birthday suit and the steaming, inviting shower is ready and waiting for my grand entrance. I cannot wait to wash my hair, something I haven’t done in three days. My daughter is in the living room snacking on raisins, and watching The Floogals. I should have just enough time before she realizes I’m in the bathroom to get in a nice lather and rinse before my treachery is discovered. The shower feels amazing, and I think how nice it will be to take a couple minutes to shave my stubbly legs (legs that were NEVER stubbly prior to having a child). My right leg is completed, YES! Moving on to my left leg I freeze, listening to the sudden sound of the bathroom door pounding open. A moment later I hear, “I’m shower with mommy!” and the distinct sound of a diaper being ripped off and tossed to the floor. I look at my left leg, which desperately wants a good de-furring, thinking, “Sorry leg, you’re going to have to wait”, as tiny feet step into the scalding water which I now lower to an uninviting medium warm.

It’s quiet time, and my husband is home from work. Our moments alone together are few, and we decide to do something we hardly ever do, watch a movie. “Let’s rent The Girl on the Train,” I say. We pull the movie up, and begin watching, child safely in the confines of her room. It was an interesting film, though not action packed or happy in any sense of the word, but we’ve reached the end. The villain of the film is bleeding to death on his front lawn, and my daughter bursts into the room, stopping short to stare at the screen. “What is that? What’s happening to him?” she asks as she looks at the bloody mess on the screen. “Um, they had a food fight. There is ketchup all over him. It’s yucky. Come sit with mommy and daddy!” My daughter toddles her way over to us and I’m whispering, “Stop the movie! Where’s the fucking remote?!” as the screen continues to flood with the bloody mess that seems more drawn out than it probably is. My husband, who always manages to shove the remote in the most inconvenient place scrambles around, pulling up cushions in order to find the remote. My eyes stay glued to the screen which is still a scene of blood and death thinking, “Yeah, parents of the year.”

It’s seriously difficult to get a moment alone. I’ve gotten used to peeing with someone staring at me. I’ve gotten used to my make-up being messed with as I try in vain to look as nice as I used to three years ago. I know that if I’m going to brush my teeth, there will certainly be someone climbing up on the toilet lid next to me demanding her toothbrush too. If the phone rings, there will most likely be a temper tantrum if my daughter feels excluded from the conversation. Forget talking about something personal, she hears and understands a hell of a lot more than I want her to. If I hide out in my bedroom to have a short conversation, it’s only a matter of minutes before I’m discovered, like a sneaky teenager trying to make secret plans away from my parent’s watchful gaze. I’m under surveillance, at all times. I thought I’d gotten away from being monitored when I moved out of my parent’s home, but I was wrong. Even with my own place, at thirty-seven years old, I need to share, look over my shoulder, and behave.

I know someday the tables will be turned. I’ll be the one watching my daughter as she whispers on the phone to god knows who, planning god knows what. I’m going to want to look through her closet to see what she’s got in there, the same way she digs through everything of mine. At least I won’t be interrupting her showers, or bursting in when she’s trying to pee. She’s got that going for her. But until she’s a tween, I’m guessing my days of having any privacy at all are behind me for a spell. It’s ok, but it still takes getting used to.

It’s eleven at night and I’m sitting on the couch with a nice buzz on, eating the cupcake I’d denied my daughter because she didn’t eat her supper, watching an old episode of Weeds. This is a comfy place, until I hear a fast stomping down the hall followed by the shrill, “Hi Mommy!” as my daughter bursts into the room. My heart almost stops, and I fight the urge to scream from a mixture of surprise, fear, and guilt as I look from the half-eaten cupcake to the haze on the television screen. Her big joker smile, which tells me she is amused at the look on my face, makes me want to laugh. Keeping my composure I say, “Shouldn’t you be asleep? Let’s go back to bed.” I take her hand, and she obediently walks with me back to her room where she allows me to tuck her in. “I love you, and I’ll see you in the morning,” I tell her, already thinking of the impossibly loud pounding of the tiniest munchkin feet coming down the hallway to burst into my bedroom in am. I return to my couch and half-heartedly restart my show, feeling far more alert than I’d like to be, ready to jump up if I sense tiny feet touching the floor. I sigh big, and smile at the sheer madness of it all. I muse about how when it comes to having a toddler, there is never a dull moment even when trying to do the most basic of tasks; it’s always an adventure, an adventure where you are never going to be alone even when you think you are.