Posted by Tara Czerwinski of Suburban Misfit Mom on March 3, 2016 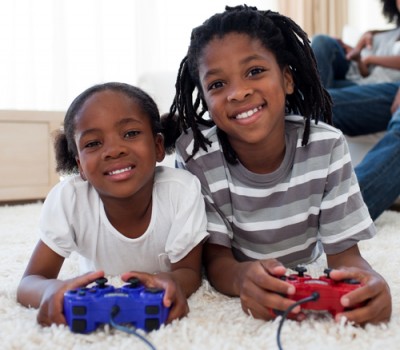 “You left them alone? Weren’t you worried that they’d fight or try to kill one another?”

A friend asked me these questions one day when I casually mentioned I left my two kids, ages seven and nearly nine, home alone so I could stop briefly at a neighbor’s house. While the thought of returning home to World War III or an SVU crime scene was the last thing on my mind, it got me thinking about my children and their relationship.

Immediately, my mind went to Minecraft.

Sometimes I watch my two play Minecraft. I’ll be honest with you — I don’t understand how or why they play it; they just do. I watch them, controllers in hand, as they navigate the same world represented by a split television screen. While one digs in the dirt, alongside creatures, looking for a certain kind of ore, the other creates structures, such as enchantment tables or walls or bridges.

They paradoxically co-exist, yet live as one in their virtual world. They grasp that their primary goal is survival. They collectively comprehend their first task is to build shelter, then to make tools in order to obtain food, and finally to mine. Other times, they go their own ways to roam the realm, making their own choices and decisions. Yet they understand each choice they each make inherently impacts the other. For example, if one fails to find wood, the other will be unable to create a crafting table or to construct a house. Meanwhile, they bring their own strengths to the table: One is skilled at creation and design, while the other shines when it comes to unearthing and gathering materials. They both forge forward to complete their own tasks; there’s a mutual respect when it comes to the other’s special talents.

I am unable to watch them for too long when they play Minecraft because it makes me dizzy. Regardless, in the short time I do watch, I am able to recognize there’s a connection between how they interact in this fictitious, fantastical world and the authentic, actual relationship they share with one another in real life.

In real life, they have a mutual respect for their individual uniquenesses and strengths, and as well as an acceptance of limitations — both of each other’s and their own. There’s independence, yet a coming together for a greater cause. While it’s for survival within the virtual Minecraft world, in reality it is a requisite for connection within the family dynamic. My children’s bond transcends the two dimensions to all three.

I ask them why. “Why is it that you get along and like one another?” I both want and need to understand. They admit they don’t know. Maybe it’s because they’re too young to comprehend their motivations fully. I mean, one will still leave the bathroom without flushing the toilet, and the other will put his unfinished Capri Sun back into his lunch box for it to slosh around on the bus ride home. It’s okay for them not to know for now. But I hope one day to hear their answer to this question.

Part of me likes to think it has to do with the unspoken “rules” of what family is and isn’t that I’ve thoughtfully created over the years. Rules based on respect and acceptance. Rules that acknowledge that although we live our own lives, we are in this together.

Rather than trying to uncover the exact reason for the harmonious relationship they share, I’ll simply embrace what’s been crafted thus far. I’ll patiently watch as this solid foundation continues to support the monumental structure taking shape before my eyes — my children’s sibling relationship. 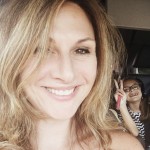