Leo DiCaprio and My Embarrassing Interactions With My Kids’ Fave Celeb

Posted by Amber of Suburban Misfit Mom on August 10, 2017 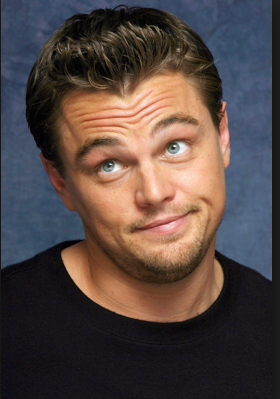 Both my boys are huge fans of Leonardo Di Caprio. My oldest loves the movie Titanic, and my youngest takes a liking to anything his older brother does, so we’ve read countless books, trivia, and watched a plethora of documentaries, cartoons, and re-enactments about the infamous sunken ship. At the moment, my older son is actually growing his hair out because he wants to look like Jack Dawson from Titanic.

One evening while they were asking questions about Leo…way back in the dusty part of my memory, I started to recall that I had actually encountered him a few times. I thought it would be fun to share the story with the kids. While it was sure to bring my cool factor up with them, I could not have been more uncool.

“Well kids, I can tell you that I have actually seen Leo in person – not just on the TV screen.”  I waited for them to die of shock and disbelief.

“What do you mean, Mom? You’ve ACTUALLY met him?” Their eyes immediately darted to my face searching for me to crack a smile and say that I was kidding.

“Yes, I’ve met him a few times believe it or not.” I watched their faces grow very serious and concentrated. They drew closer as if I was getting ready to share the story they’d been waiting for all of their young lives. Like baby birds popping their heads up, mouths open tweeting voraciously with their eyes closed, they rattled off a slew of questions and then waited for me to drop the juicy scoop they were looking for.

So I explained. The first time I met him was at a party in New York at a nightclub. It was a party for NASCAR and I was lucky enough to have been invited by the company I worked for at the time. This night was so incredibly fun and star studded with awesome music, cocktails, and dancing…that it goes down in history for me as one of the most off the charts fun nights ever. Halfway through the night I mustered up enough guts to try to ask Leo to dance with me. My boyfriend (now husband) was surely 100% on board for a get out of jail free card or at least a get-one-dance-with-a-handsome-famous-person card, so it was all good and I went for it.

He was in this small section off to the side but on the dance floor, and it was roped off. He sat and sipped his cocktail, surrounded by 8 or 10 waif-like models that could not have been a day older than 18. I kept climbing up on boxes/speakers to try to break it down because surely he would see my slick dance moves and leave his harem of waif-models to come after me; a curvy, average height, non-famous, frizzy haired chick with some decent body roll skills.

When none of my dance move tactics got his attention, I tried a new one. I inched as close as I could to the roped off area and tapped on a guy’s shoulder that was standing one person away from Leo and said something like, “Hey, do you think I have a shot at dancing with Leo? Just one song! Ask him if he’ll do me this one favor and dance with me? It would make my year. I’m a huge fan.” I cringe when I think of what a dork I must’ve sounded like.

So this sweet guy leans down to me and says, “Leo doesn’t dance. But you get an A for effort sweetheart.” He then grabbed my face, kissed my forehead and turned back around to sip his drink.

Feeling good that I had tried, but like a dog that just got patted on the head and told to take a hike, I walked away and decided to forget Di Caprio.  This was more than fine because I boogied down until the wee hours pinching myself every time another celeb danced over by our circle or chatted with us. The highlight of my night was Jamie Foxx shining some sort of mini flashlight on me while I danced across the room on a block. He was clicking it on and off like a strobe light shouting, “Go white girl! Go white girl!”

A few friends came over to mention that the guy I had spoken to earlier that patted my head and liked my effort was also an actor and was in a show called Entourage.  I had never seen it but was now wishing I had. Damn – but at least that guy gave me the time of day! Sheesh.

Fast forward to another night out a few months later in NYC with friends at that very same club. Leo was in the same spot in the little roped off area surrounded by about 10 to 12 waifs this time. My friend and I danced as close as we could and I did get an unenthusiastic wave out of him but that was about it.

Last but not least, my third and final encounter with Leo came. It was the night before my bachelorette party. My besties came into town from Chicago and naturally I wanted to take them out both nights in New York.  I wanted them to have a star sighting while visiting (because who doesn’t when they’re visiting New York?) so of course I suggested going to the nightclub that I had seen Leo at those two times.

So off we went and surprise!  There he was in his usual spot. This was my moment. What better time than your bachelorette party weekend to get a celeb to shake his booty with you and your girls? That would just go down in total awesomeness history. So it was a slower night than usual,  which meant he couldn’t hide behind the sea of women this time.  Man, as I’m writing this, I realize I sound like a real nut.

Anyhow, the bar was coming to a close and the night was winding down. I kept motioning for him to come over by us, but I got the feeling I was like an little gnat buzzing around annoying him and the only way to get him to wave was going to be him swatting me away. At closing time, he was alone and started to walk over toward us. I was so excited, this was my moment! He was definitely coming right toward us and the bar was almost empty, lights were coming on, etc. We were definitely going to have a chat. 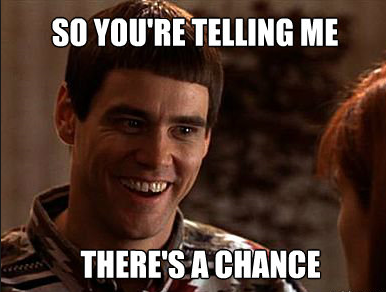 Just as he got within about 2 feet of me, a giant man walked over and stood between Leo and I.  I tapped his shoulder and asked him to move? He turned around and told me to stay away. I said something about not being a murderer and  just wanting to talk to him for two seconds. It was no use, he must’ve given some kind of distress signal that caused the man to walk right in between us. How mortifying!

No hello, no chat, not even a few seconds of booty shaking side by side. Three encounters within 3 months and nothing. And now I was leaving the bar feeling mega embarrassed.

So I told my kids the moral of that story is, unless you guys look like Giselle Bundchen, Rihanna, or an 18 year old waif-like model, Leo probably won’t talk to you. You might consider saving the icebergs, though. That could be your shot since he does love our planet.

Hey, at least my cool factor went up a notch in my kids’ eyes. Either that, or they realize I came across like some sort of psycho stalker and they actually felt secondhand embarrassment from that story. In the end, Leonardo Di Caprio waved at me from 10 feet away – and you know what? I’m still not sure if that impressed my kids or not. I’ll let you know in ten years when I ask them if they even remember this story.